Each time a member of the men’s basketball team at the University of Iowa or Iowa State University stands at the free throw line the American Cancer Society has a shot at winning. For the 10th consecutive season, Latham Hi-Tech Seeds has teamed up with Cyclone Sports Properties and Hawkeye Sports Properties to donate funds to the American Cancer Society through Coaches vs. Cancer. Over the course of 10 years, Latham Seeds has donated $65k. 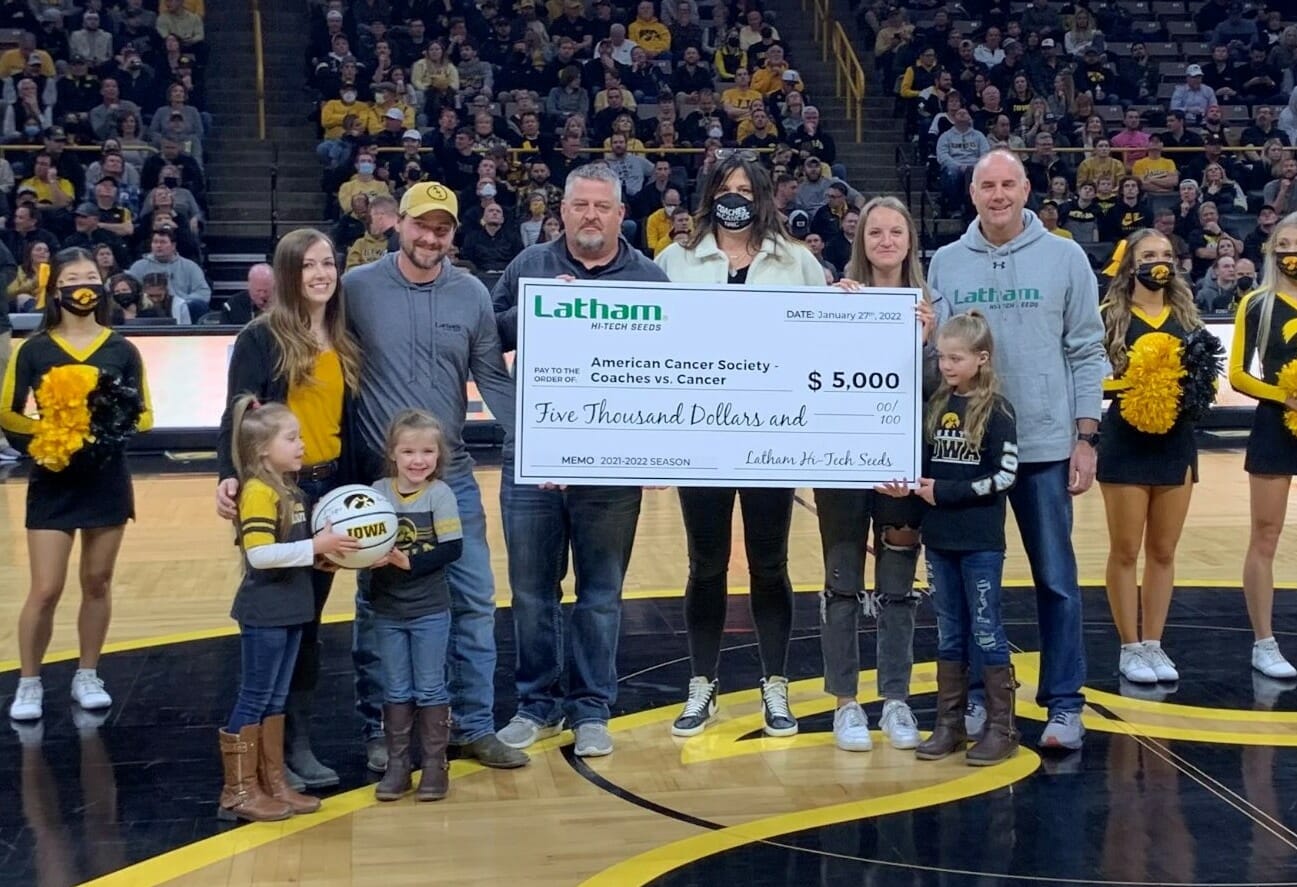 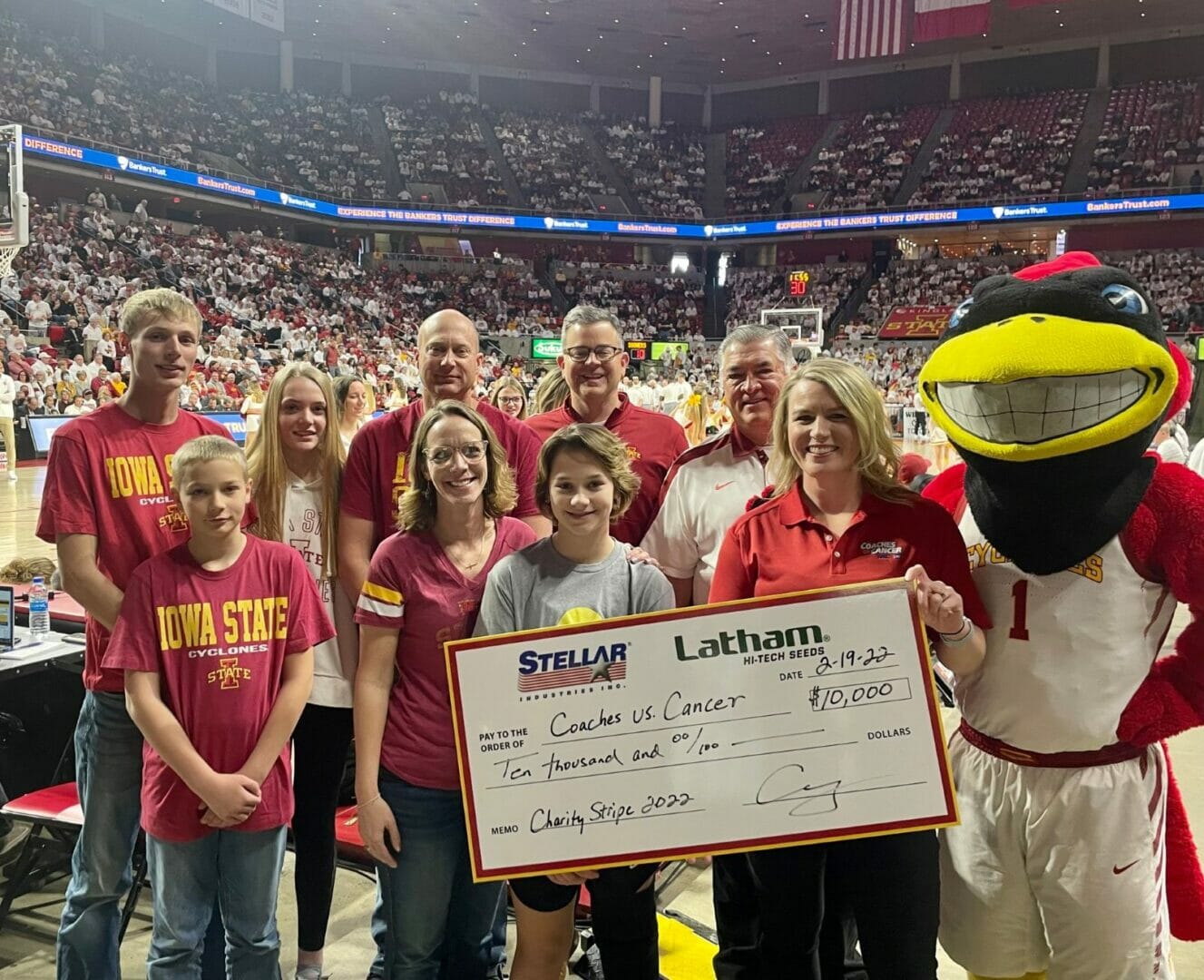 Coaches vs. Cancer was championed by Norm Stewart, former head coach of the University of Missouri men’s basketball program.  As a cancer survivor and member of the National Association of Basketball Coaches (NABC), Stewart challenged fans to pledge a dollar amount for points made by his team.  The American Cancer Society and the NABC adopted that concept in 1993, transforming it into a nationwide effort to provide help and hope to people facing cancer.

“We have been committed to supporting the American Cancer Society through the Charity Stripe Promotion since 2013 because we know first-hand what a gift hope can be,” says John Latham, president of family-owned Latham Hi-Tech Seeds in Alexander, Iowa. “On February 20, 2010, my father underwent a stem cell transplant to battle AML (Acute Myelogenous Leukemia). He and my mom moved into the Gift of Life Transplant House in Rochester after he was released from the hospital. That transplant extended Dad’s life for more than five years, and we are grateful for all of the support he received during his cancer battle. I also grateful that my mom is a two-time cancer survivor.”

Whether it’s ourselves, our parents, a neighbor or a coworker, each of us has a cancer story. More than 1.6 million people are diagnosed with cancer annually in the United States. No one fights alone.