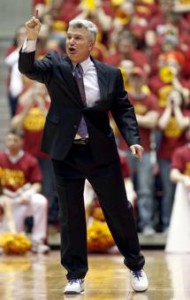 Saturday was a banner day – literally.

“Latham Hi-Tech Seeds” name appeared in lights on the banner board surrounding James H. Hilton Coliseum in Ames, Iowa, as we were one of three Iowa-based companies being recognized for supporting the Cyclone Charity Stripe.  This promotion raises money for every free throw that the Iowa State Cyclones Men’s Basketball team makes during the 2012-13 basketball season; donations benefit the American Cancer Society through Coaches vs. Cancer.

Coaches vs. Cancer evolved from a concept championed by Norm Stewart, former head coach of the University of Missouri men’s basketball program.  As a cancer survivor and member of the National Association of Basketball Coaches (NABC), Coach Stewart challenged fans to pledge a dollar amount for points made by his team.  The American Cancer Society and the NABC adopted that concept in 1993, transforming it into a nationwide effort “to provide help and hope to people facing cancer.” 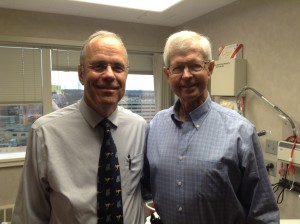 Bill Latham, past president of Latham Seeds, knows first-hand the importance of cancer research and of services provided by the American Cancer Society. He’s been battling Acute Myelogenous Leukemia (AML), and next month marks the third anniversary of his stem cell transplant. This photo was taken last Thursday after Bill’s checkup at the Mayo Clinic where Dr. Mark Litzow gave him the great news that there is no sign of leukemia.

Providing support for the American Cancer Society and helping raise awareness for cancer prevention and early detection is a cause that’s near and dear to our family.  My mother-in-law and John’s paternal grandmother are both breast cancer survivors, and my father-in-law is about to celebrate the third-year anniversary of his stem cell transplant.

Because we know first-hand what a gift “hope” can be, we’re glad to help support the American Cancer Society and Iowa State University’s Cyclone Charity Stripe Promotion.  The Cyclones on Saturday made 10 free throws, which helped lead them to victory over the #11 rated Kansas State Wildcats.

Free throws this season have net nearly $15,000 for the American Cancer Society and 18 straight home victories for the Cyclones.  Now that’s what I call a “win, win situation”! 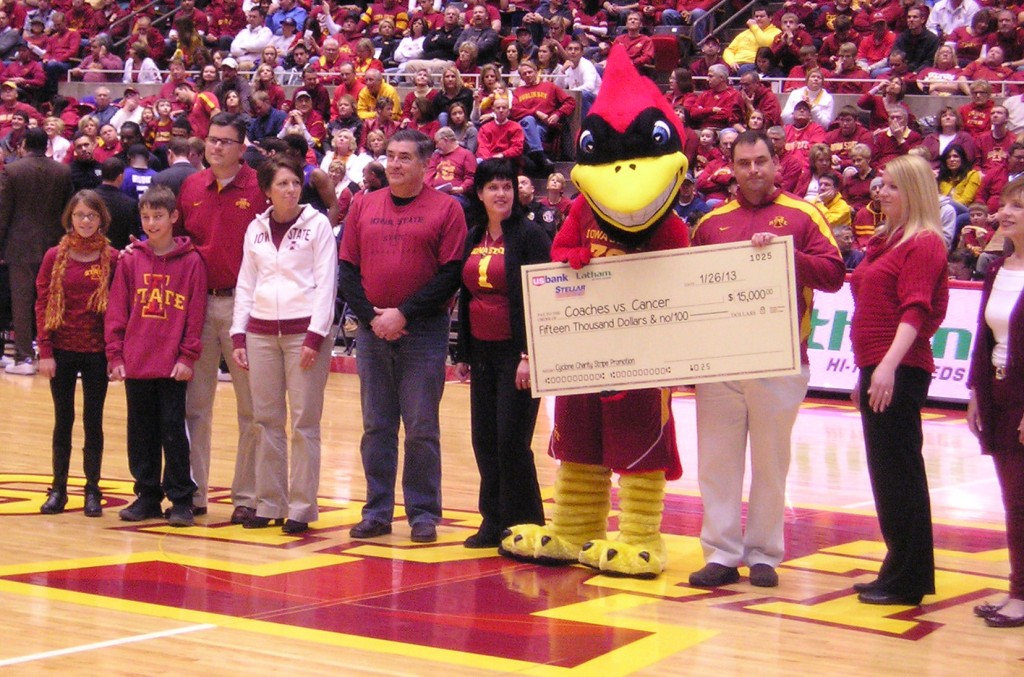