When you step onto the warm, white sand beach at Secrets Wild Orchid in Jamaica and overlook the beautiful waters of Montego Bay, your worries melt away. It sounds cliché, but it’s true. As you breathe in the delicious smells of chicken grilling at the Jamaican jerk shack near the pool, you crave your next meal – regardless of what time it is.

Time is savored as much as the meals and the music on this laid-back island in the Caribbean. 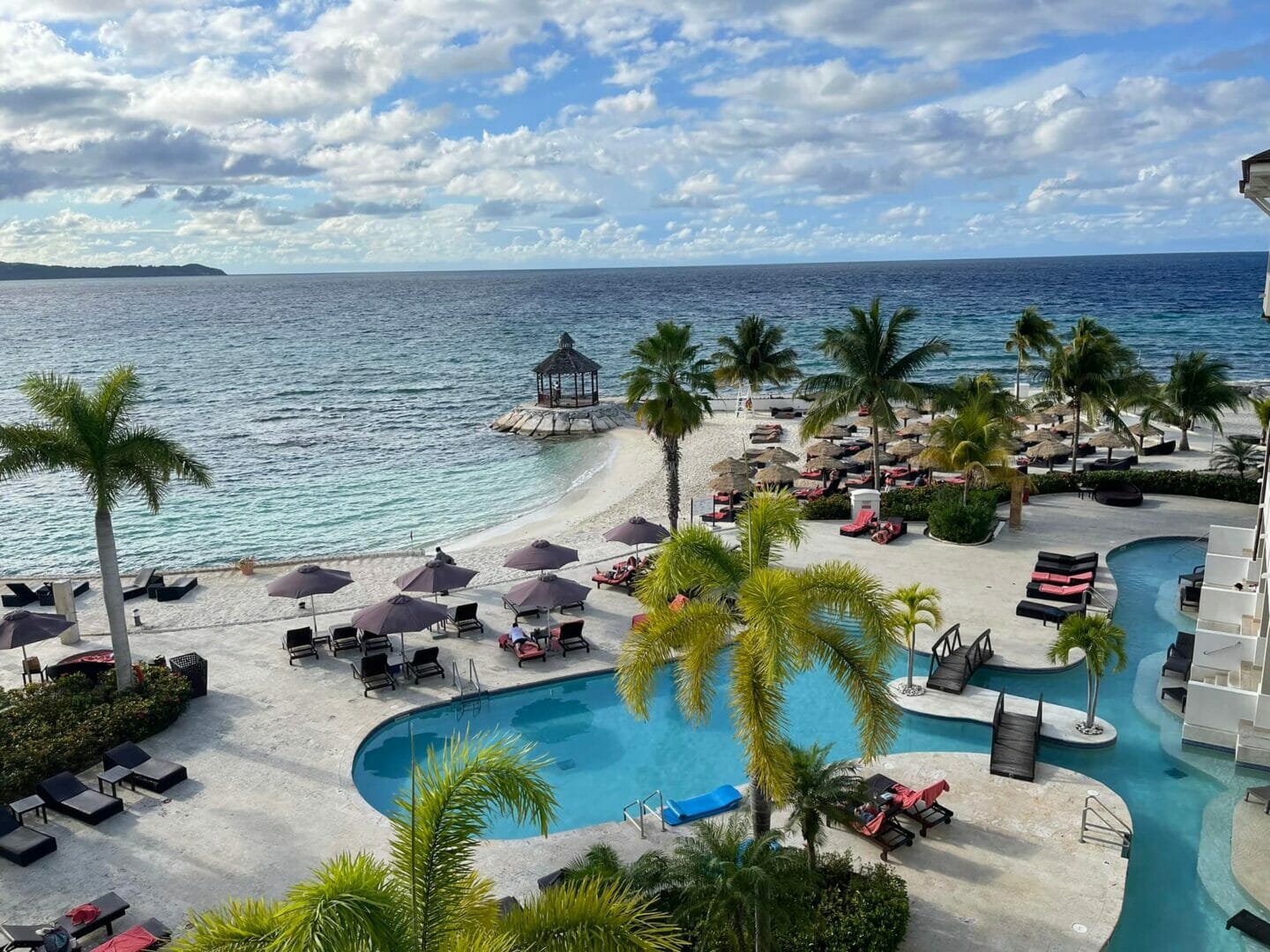 “Although we stayed in a beautiful four-star, all-inclusive resort with bottomless food and drinks and endless entertainment, it was really our people who made this trip so memorable,” says Amy Rohe, sales manager for Latham Hi-Tech Seeds. “The first night literally set the stage for our group. The band was amazing, and band members invited some of us onto the stage. We weren’t just listening to their performance. We were part of it! ‘Creating amazing customer experiences’ is something we strive to do at Latham Seeds, but this was better than we even imagined.”

Many people in our group got to meet Latham® dealers from other states the first evening. During our breakfast / orientation meeting the following morning, Amy encouraged everyone to meet someone new from another state. 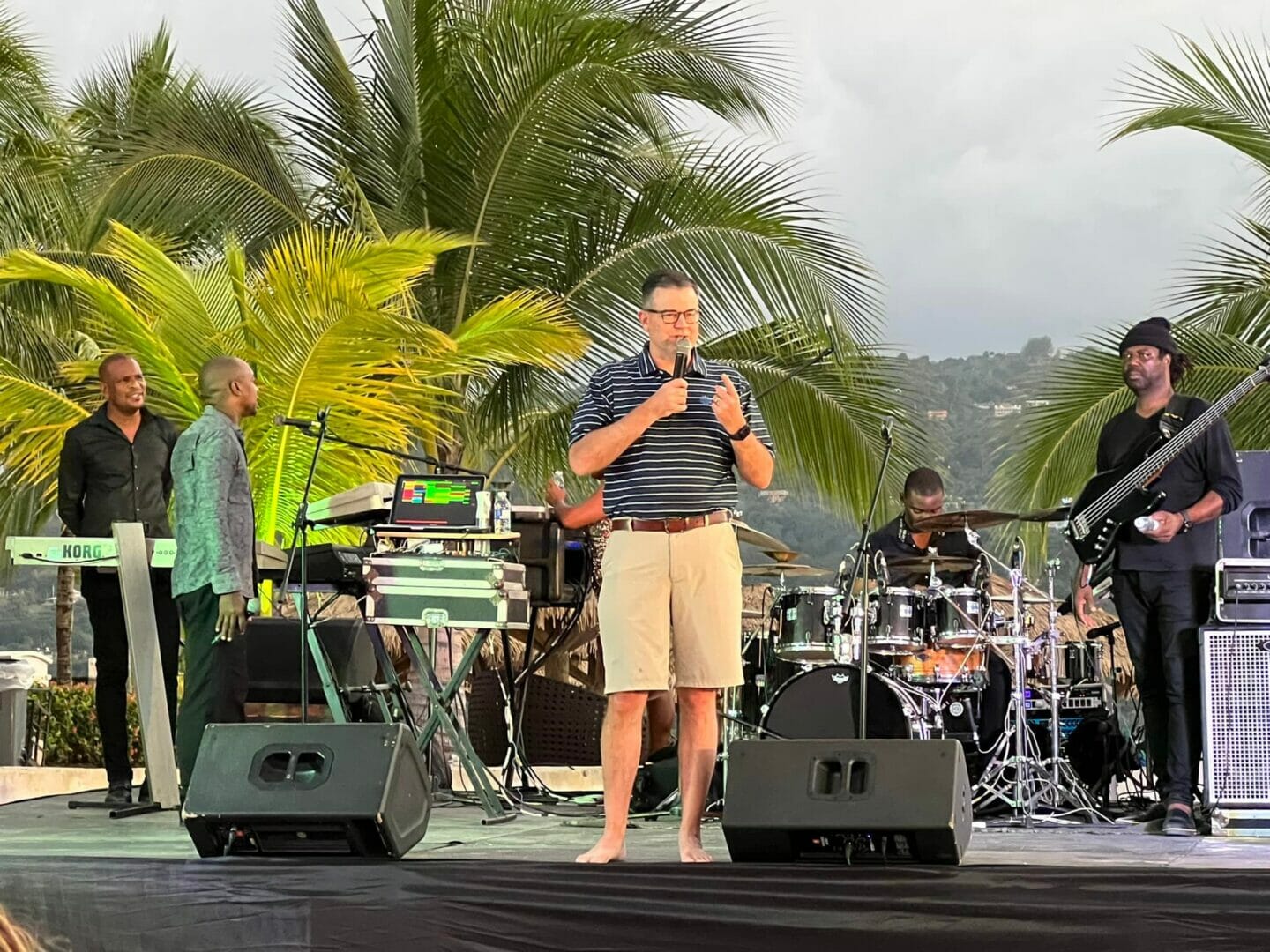 “It was super fun to see friendships form between dealers from other states throughout the five days,” says Amy. “By the night of the talent show, Team Latham showed up in full force to cheer on one of our own dealers.”

The talent show at Secrets Wild Orchard provided amazing entertainment. It included fire dancing, which was so dangerous that it made you nervous to watch. At the same time, you didn’t want to look away because it was so intriguing. There were talent acts performed by some of the resort’s employees, as well as by resort guests.

“The resort guests, who were competing in the final round of the talent show, had the chance to win a three-night stay at the resort. The competition was close between the finalists – especially between a lady who sang an iconic Whitney Houston song and a Latham dealer,” says Amy. “We were all so excited when our dealer was named the winner!”

Jake experienced more than 15 minutes of Jamaica fame as the band invited him back to the stage during Latham Seeds’ beach party, which was held the night before our group departed.

“When Jake took the stage, our entire group got up and danced while he played. It’s moments like this that turn a great trip into an amazing one!” says Amy. “The beach setting at sunset was spectacular. We could smell the ocean and the delicious food. We were listening to really good reggae music and then… Boom! We were dancing to familiar American songs played live with one of our own dealers being featured on the drums. It really doesn’t get any better than that!”

After five days in paradise, Latham Team members packed their complimentary bottle of jerk sauce and headed home to the Midwest tundra. We’re sharing a recipe to create your own jerk sauce at home, so you can take your taste buds on a Caribbean vacation. Special thanks to the Iowa Turkey Federation for sharing this recipe with us. You might also want to check out links to these two blogs for ideas on rice side dishes:

If you are interested about becoming a Latham Dealer and learning more about dealer perks call: 1.877.465.2842.

Refrigerate for 2 to 24 hours.

When ready to prepare, make 2 servings of Jasmine rice.

In a large skillet, over medium-high heat, sauté until edges begin to brown:

Add bell peppers and jalapeno to sweet potatoes and sauté until tender and a bit brown.

Remove vegetables to a bowl.

Drain marinade into a bowl. Remove as much as you can to allow the turkey to sear.

Sauté until cooked. Remove from skillet and add to vegetable mixture.

Add marinade to the hot skillet and whisk until bubbly and smooth.

Cover with a layer of the marinade.

Top with turkey and vegetables.