What Happens When Government Takes Control?

America’s “Win All, Lose All” Position Has Led to Invention & Innovation

“Freedom of choice” has been the American Way ever since our forefathers fought – and won – freedom from Great Britain. Little by little, however, our freedoms are being threatened. Obamacare is one case in point. 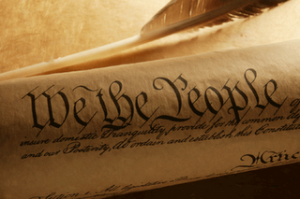 Believe me, I’m not trying to politicize this issue. I would oppose this U.S. healthcare law regardless of who authored it. As one Iowa congressman wrote, “… the law is not the common sense path our nation should be taking on much needed health care reforms.” It creates instability, restricts patient choice and explodes costs that will hamper the economy. Even the presidents of three of the nation’s largest labor unions, including the International Brotherhood of Teamsters, released a letter to Democratic leaders in Congress warning that Obamacare would “shatter not only our hard-earned health benefits, but destroy the foundation of the 40-hour work week that is the backbone of the American middle class.”

Such comments were made before Obamacare became the law of the land. Now we’re seeing how much American’s freedom of choice is being restricted. “We have to break people away from the choice habit that everyone has,” said Marcus Merz, chief executive of PreferredOne, one of the largest Preferred Provider Organizations (PPOs) in the Upper Midwest.

What’s even more disconcerting to me than limited American’s ability to choose the healthcare plan that best suits their needs is how our government is paying to deceive us! Just last week I watched a video of a worker given a huge government contract to basically do nothing. While she was hired to sign up people for health insurance, she said most days she and her coworkers just sit around talking. They’re told to look busy when inspectors come in to ensure taxpayer money is being spent correctly. They pretend to type, look busy and put on a good show. Talk about government waste at its finest!

When government takes over a business like they have health insurance, the efficiency disappears. That’s just plain economics, and I don’t need a degree to understand.

I have always believed there must be risk for a business to succeed. To succeed big, there must be big risk. There should be the possibility to lose it all because that makes the drive to succeed much greater. “Necessity is the mother of all invention.” The goal of success leads to innovation, too. People have an incentive to try new ways to improve efficiencies and improve their lives. This drive to succeed has made our country great. However, the comfort of everyone being “comfortable” was not a part of making this country great.

The post office is another example of government waste and inefficiency. When there is unlimited tax money to spend – money that wasn’t earned, borrowed or associated with any risk – there’s no incentive to make the business lean.

My trip to Ukraine made it very clear how a country can change by a little push from free enterprise. Where there was risk and effort, that country was making much progress in agriculture. I’m really hoping the current crisis, including protests against corrupt government leaders who have mismanaged the economy, doesn’t ruin all the progress that has been made. Government intervention can undo overnight what it takes a life time to build.

Another example of government intervention being showcased on a morning radio shows is government-owned resorts. Why are we letting government parks and cabins compete with private enterprise? Some of these parks have been made to be super nice, but at what cost to tax payers? Does this resort property pay property taxes? It’s my contention that taxpayer money is being used to create resorts that will take money away from private enterprises, yet private enterprises return a large portion of that money to the U.S. Department of Revenue in the form of taxes.

Government agencies should not be making rules and regulations that control business. Unless America remains “government of the people by the people,” what is happening in Ukraine can and will happen here! We must remain watch dogs for government control.

What’s happening in health care is happening in many other areas of business. Look at banking, investments, and my favorite… agriculture! New water rules by the EPA are a blatant grab for control. EPA and the Army Corps of Engineers proposed the rule in March to clarify which bodies of water — such as wetlands and streams — come under the agencies’ authority to protect under the Clean Water Act. Basically, they want to control every drop of water.

We can’t farm without water. If you don’t believe me, just talk with a California farmer suffering from drought. Water is needed to produce everything from milk, beef and wine to some of the nation’s largest fruit and vegetable crops, including avocados, strawberries and almonds. Because California accounts for one-third of U.S. vegetable output and two-thirds of fruit and nut production, lack of production will increase retail prices. Retail tomato prices jumped 10 percent in the 12 months. U.S. retail prices for beef, bacon, lettuce and broccoli posted double-digit gains last year.

Giving the EPA control agriculture gives the U.S. government control of FOOD! Many governments in this world control their populations by controlling the food supply, and we’re having a huge discussion about food in this country. Consumers want to know where their food comes from and how it’s grown. If we are not careful, you might not have any say about your food. Government control can come a little at a time. Freedom can slip away very silently.

Preserve life, liberty and the pursuit of happiness! Stay informed about the issues. Research political candidates. Exercise your right to vote.