Iowa women have made history by being bold leaders. 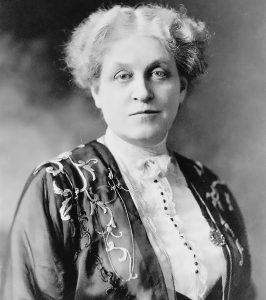 2020 marked the 100th anniversary of the passage of the 19th Amendment to the U.S. Constitution. I find it fitting to start by paying tribute to suffrage leader Carrie Chapman Catt.

Carrie Chapman Catt’s girlhood home is only about 15 miles from the house where I grew up, yet I don’t remember learning about her accomplishments until I attended Iowa State University (ISU). The Carrie Chapman Catt Center for Women in Politics was founded in 1992 on the ISU campus to educate and engage citizens in the political process. Because I graduated from ISU in the spring of 1993 and one of my majors was Public Service & Administration in Agriculture, I remember reading about how the center would “provide leadership development and mentoring opportunities to ISU students interested in politics, public service and women’s issues.”

In a blog post about Carrie Chapman Catt, ISU alumna Lynn Bolin of New Day Dairy in Clarksville writes that Carrie spent hours during her childhood reading books in the crook of a tree branch. It’s no surprise that Carrie loved books, considering all that she went on to accomplish. She attended college at the now Iowa State University and then studied law. In addition to leading the women’s suffrage movement, Carrie worked for peace in a variety of ways.

Thinking about Carrie reminded me of the 2015 blog post I wrote about the women who have blazed trails in Iowa agriculture. It’s interesting to look back and see just how much three of the women featured in that post have accomplished in recent years. 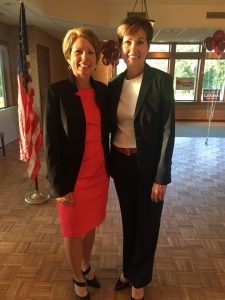 “Women have played an important role in Iowa’s history and will continue to be trailblazers who serve as role models for current and future generations of Iowans,” said then-Iowa Lt. Governor Kim Reynolds as she kicked off her 2015 statewide tour during National Women’s History Month. She received her bachelor’s degree in December 2016 from ISU with three concentrations in political science, business management, and communications.

In 2017, Kim Reynolds became Iowa’s first female governor when then Gov. Terry E. Branstad became ambassador to China. On Nov. 4, 2018, she was elected as Iowa’s first woman governor. Gov. Reynolds describes herself as a “small-town girl at heart with common-sense values.” These principles are reflected in the Governor’s Empower Rural Iowa initiative and Future Ready Iowa. 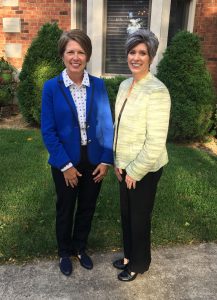 Iowa State alumna Joni Ernst is Iowa’s first female U.S. senator and the first female veteran in the history of the U.S. Senate. She was first elected to Congress in 2015, which is also the year she retired as a lieutenant colonel from the Iowa Army National Guard. Sen. Ernst has developed a reputation as a “get-the-job-done Iowa farm girl with a conservative edge.”

Sen. Ernst serves on the Committee on Agriculture, Nutrition, and Forestry. She introduced, and the Senate passed, legislation to scrap the expanded definition of Waters of the United States (WOTUS) as proposed by the Environmental Protection Agency (EPA). She has been heavily engaged in defending the Renewable Fuel Standard (RFS), which promotes the use of renewable fuels, including ethanol and biodiesel.

Dr. Wintersteen served for 11 years as the endowed Dean of the College of Agriculture and Life Sciences (CALS) at ISU and director of the Iowa Agriculture and Home Economics Experiment Station. During her tenure, CALS rapidly increased enrollment to become the nation’s third largest college of agriculture and the college achieved a 98% placement rate for its graduates. Research grants also increased, as did awards for teaching excellence.

On Nov. 20, 2017, Dr. Wintersteen became Iowa State’s 16th president of Iowa State University by a unanimous vote of the Board of Regents, State of Iowa. She is the first woman to hold the university’s highest office.

From the statehouse to the U.S. Capitol, from a classroom teacher to a university professor, from family farms to national farm association board rooms, Iowa women continue to inspire us every day:

These women inspire others around them. Thanks to the courage and grace of Iowa’s female leaders, young ladies today have an unprecedented number of female role models.