Be Aware of Unintended Consequences of Well Intentioned Bills 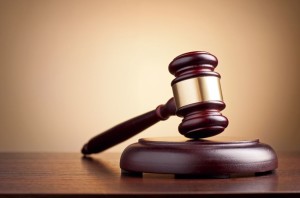 The Iowa legislative session is in full swing in Des Moines, so I’m hearing all kinds of debate about so many different issues at both the state and federal levels. Today I’d like to explore some of the unintended consequences of these bills, and in some cases, the consequences whether or not the bill passes.

On the federal level, the Obama Administration proposes the creation of a new stand-alone food safety agency. Who could be against food safety, right? On the surface, this proposal sounds like a good deal. When you dig deeper, however, it looks like this proposal will really grow government. The proposal doesn’t call to eliminate any bureaucrats, so it doesn’t appear it will gain efficiencies or streamline processes. Instead, it’s more likely to become one more layer of regulations.

A proposal made in Iowa that’s creating a lot of chatter is raising the sales tax to make more money available for the Natural Resources and Outdoor Recreation Trust Fund. Again, this sounds great… until you learn more. It’s not clear whether this money would be spent to build more bike trails or maintain state parks. What is clear is that it would raise taxes and create more government as part of this current conservation bill “protects” private ground.

Putting private ground into a protected program that limits its use could create difficult challenges for a future owner. I’m also concerned it sets precedent for a land grab like the one underway in New Jersey. Just check out the “Green Acres” mission as outlined by the NJ Department of Environmental Protection:

To achieve, in partnership with others, a system of interconnected open spaces, whose protection will preserve and enhance New Jersey’s natural environment and its historic, scenic, and recreational resources for public use and enjoyment.

Don’t be fooled by the use of “partnership.” This infringes upon personal property rights, and farmers often have to sacrifice farmland for “the public good.” U.S. transportation and energy infrastructure systems are often built with use of eminent domain, which gives government the authority to take private property for public use such as an interstate. Right here in Franklin County Iowa, we’re in the midst of a battle to put a huge power line all the way down the west side and then across the south side called the Rock Island Clean Line (RICL). Eminent domain is one of those issues that is easily ignored – until it affects you!

Another bill resurfacing this year in Iowa is deals with legislating puppy mills. Members of the American Kennel Club, writing on behalf of Iowa’s 64 dog clubs and other responsible breeders, say this legislation would unfairly restrict raising quality, healthy purebred dogs and would prohibit members from being involved in animal rescues.

If you have watched late night TV, you’ve seen commercials with all the sad looking puppies. It must be the fault of the people who make big bucks raising puppies, right? Truth is, this proposed bill would penalize the people who are already taking proper care of their animals. It would establish “a series of fees” for breeders, animal shelters, pet stores, research facilities and others dealing with animals to support requirements in the proposal.

Backers of the “puppy mill bill” will tell you they want to make sure animals are taken better care of, but the reality is that increased fees and unlimited paperwork are the first step that animal rights activists take to gain power. Many animal rights groups, like HSUS, really want to eliminate pets and livestock altogether. That’s why it’s so important to follow the money and find the motive. See who is backing this legislation and look into the end goal of these animal rights groups.

Last week I read about a proposal to charge a person with murder for killing a police dog. This is a very emotional issue, but is it crossing the line? How is killing a police dog technically different from killing any animal? My fear is this opens the door, folks!

Too often good intentions lead to bad regulations. We must learn lessons from policy failures like the No Child Left Behind education program and the school lunch program. On the surface, new school lunch rules were a great idea. The reality is that “one size fits all” rules don’t take into account the availability of certain foods based on region of the country nor a difference in kids’ activity levels. Kids come in different sizes with different calorie requirements, so school lunch portions should take them into account.

We must watch what is happening in our government: How can our laws and regulations be interpreted? Who will interpret these law and make the rules? Whomever it is will have his or her own opinions – Opinions that were formed as they grew up and went to school. Their opinions will depend on whether they were raised in the city or on a farm. Hmm… Maybe I need to write about education again!