Get Involved in Education or Your Child May Get Left Behind 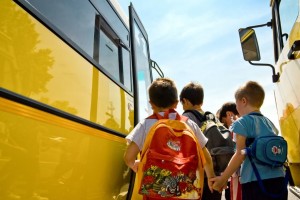 Yesterday was the last day to comment on the extension of the Leave No Child Behind Law (NCLB). Like many laws, the original intent was great but the unintended consequences have been less than desirable. This is one of many laws that gave the federal government power that should have remained at the state or local level. This law has been a total power grab and our kids are being affected! No wonder the number of homeschoolers is growing nationwide.

Parents, grandparents and concerned citizens must stay informed of what is happening in our schools. Each year the Franklin County (Iowa) Farm Bureau invites all local superintendents to a board meeting where we ask questions and share their concerns. The superintendents tell us whether student numbers have increased or declined. We learn about concerns they have with buildings and equipment, staffing and budgets. We even discuss subject matter that is being presented to our kids, as well as school lunch regulations.

Because of the dialogue that happens, the annual meeting with superintendents has become one of my favorite board meetings. It’s made it clear to me that we must not trust someone else is keeping tabs on education. We all must get involved and ask questions.

We can’t just assume that kids are learning what they need to be successful in life. One question I have is how well “new math” is working? Have you noticed how many kids aren’t able to count back change? Last weekend, while attending my grandson’s wrestling meet, I was reminded of this when I made a trip to the concession stand. I was surprised by how much difficulty the young lady, who was taking my money, was having. She did not have the ability to add the price of three food items together and then make change for a $10 bill. I believe computers and even calculators have their place, but this high school student only needed to use the basic math skills we learned by eighth grade (if not sooner)!

The brain washing going on in some schools is out of control, too. Last fall I was asked to present to sixth graders in the Mason City public schools where The Omnivore’s Dilemma was being used as a textbook for all subjects – even art! Not only is this book very critical of modern farming, but Omnivore’s Dilemma is filled with half-truths and misinformation. The author implies that government subsidies force farmers to grow corn, and Americans are becoming obese because corn is “hidden” in so many food products.

The author also states that people are half made up of corn – and that’s simply false. Using basic math, one can deduce this isn’t possible since the average human body is composed 60 percent of water. Again, I question how “new math” is working!

Fortunately, one of the Mason City teachers was concerned about this “curriculum” to contact North Iowa Ag in the Classroom. I can’t say enough good things about this program and applaud the Mason City schools for allowing farmers into the classroom to correct misinformation. However, I wonder how many schools teach false information about agriculture because they aren’t aware of resources available. Ag literacy is a growing problem.

As former House Ag Committee Chairwoman Annette Sweeney says, “Too many individuals in places of power have never set foot on a farm, yet their making laws and rules that greatly impact our businesses and livelihoods.” Yes, farmers are being legislated as to how to “best” raise our crops and livestock!

Knowing what I do about what’s being taught about agriculture, I can’t help but wonder what is being taught about other important issues. How does History change, according to the opinions of teachers and the administrators? What are kids learning about religion? What about health and nutrition? And don’t even get me started on Math… I’ve tried to help my grandkids with some math problems! “Tried” is the operative word as math today isn’t being taught the way I learned to “show my work.”

Also talk to your elected officials from local school board members all the way up to your representatives and senators at the federal level. My experience shows that elected officials want to hear from you. They appreciate your input. And if they don’t have the right answers, use your power in the next election!