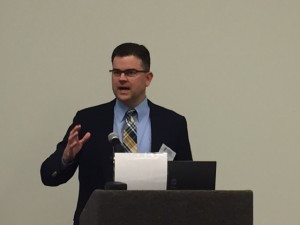 Just hearing headlines like “Water lawsuit likely to change farming rules” and “New Senate Bill Proposes GE Labeling” is enough to cause any farmer or seed business owner to lose sleep at night due to concerns about consequences of regulations. Just think how much impact 175,000 bills, which are being filed across the nation this legislative session, could have on our livelihoods!

Serving as North Central Regional Vice President for American Seed Trade Association and as a member of the ASTA Legislative Committee has opened my eyes to the importance of consistency of state laws and regulations. Last week I provided a legislative update during the Iowa Seed Association’s annual convention. This morning I delivered a similar presentation to the Kansas Seed Industry Association, where I shared this staging statistic: The ASTA expects that our members will be actively involved in 150 to 175 bills that have direct impact on the seed industry this legislative session!

Some federal issues that ASTA is following closely include: