T-Rex wasn’t a stand-up guy.  Most people believe Tyrannosaurus Rex stood upright and walked like a duck.  However, scientists have new proof that this ferocious dinosaur hunted for food with its tail in the air and its head pitched in front of its two massive legs. 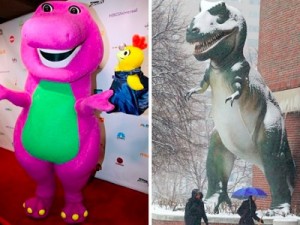 Scientists blame toys and television shows like “Barney the Purple Dinosaur” plus other popular culture influences for misconceptions about the T-Rex’s posture.  Knowing the truth about how the T-Rex actually walked may not change our lives in any significant way, but this story a great example of how pop culture can cloud reality.

While reading about the T-Rex, I was reminded of a blog I wrote about how children’s cartoons and songs like “Old McDonald Had a Farm” don’t portray modern farming.  Many kids grow up envisioning farm animals as cute, cuddly little creatures – that often talk or sing.  These farm animal characters express feelings and even reason like human beings. 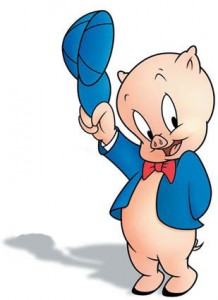 Even folks, who think they know what a farm looks like, draw pictures of how farms looked when they were kids.  They often envision farms from the 1940s to the 1960s when every farm family had its own milk cow, a beef herd and a coop full of laying hens.  Most don’t have any idea of what a family farm looks like today or how much technology is involved with modern day agriculture.

When one considers all the influences from children’s storybooks and songs to million-dollar advertising campaigns paid for by extreme animal rights activists, it’s no wonder that Americans’ perception of farming is a little misguided.

It’s critical that farmers engage in conversations with non-farmers to promote understanding of today’s agriculture.  I’m committed to listening first, learning the language of consumers and engaging in fruitful conversations!

We must build connections between farmers and consumers.  That’s why I commend the Iowa Food and Family Project for its “Get Connected to Farming” exhibit at the Iowa State Fair.  For those who are interested in getting a first-hand look at where their food comes from, I encourage you to stop by Farm Bureau Park, the Animal Learning Center and the Ag Magic Show.  See for yourself – from now through Aug. 18 – why Nothing Else Compares to the Iowa State Fair!