Give to Local Pet Shelters, Not HSUS 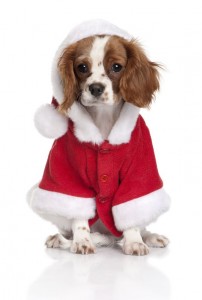 Who can resist a playful puppy or a cuddly kitten, right?  We’ve even received some Christmas cards featuring dogs dressed in a Santa hat or kittens peeking out from Christmas stockings.

While pets are cute, they undoubtedly require time and attention.  Not everyone enjoys being a pet owner, thus we hear too many stories about animals being mistreated or neglected.  This past fall I actually witnessed a puppy being dropped off along the highway as I was driving my tractor with two, full wagons of corn.  By the time I crossed the highway with my tractor and wagons, this little dog was standing in the middle of the road.  I jumped out of my cab and shouted for the little dog to come.  Luckily, he ran toward me!  Then I took him home where I placed him into a kennel with some food and water before I went back to finish my farming. 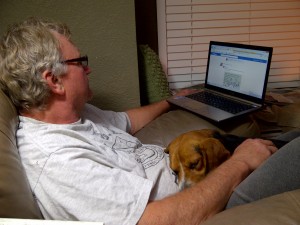 Larry Sailer and his dog, Tucker

It wasn’t long before I discovered this little dog wasn’t too fond of cats.  Since we have lots of farm cats, Janice and I contacted our local pet shelter but it didn’t have room for another dog.  Our daughter, Sara, checked with the animal shelter in Iowa City where she volunteers but didn’t have any luck there.  We kept trying to find a home for him without avail.

After about two months of trying to find the little guy a home, Janice decided to google “animal shelters.”  (NOTE:  I shy away from the term, Humane Society, and I’ll explain why later.)  Janice found the Humane Society of North Iowa.  The staff at the Humane Society of North Iowa was very friendly and said they would put this little dog on their waiting list.  About one week later, someone from HSNI called and said they had a spot for the little dog.  Although I was getting attached to the little critter by now, Janice and I decided to check out the place. 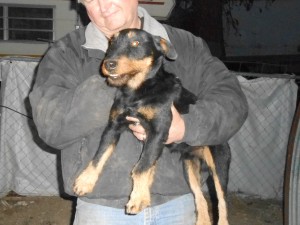 We made the 45-minute trip to Mason City with the dog.  The whole time I was driving I was thinking, “If it’s not a nice place, we’re not leaving the dog!”  Even though we were being critical, HSNI impressed us with its new facility.  There are lots of wide, open spaces and a big exercise area.  The animal areas are very clean, and there are many people caring for these pets.  Young ladies were swooning all over the little dog from the minute we brought through the doors, and we were convinced it would be a good place to leave him.  The staff asked us many questions about the dog and then used that information to create a profile for him on the website.  Perhaps you might even know someone who would like to adopt Phoenix. (Remember, his name may be changed by the family who adopts him.  I didn’t even give him a name since we weren’t planning to keep him.)

Another reason we felt comfortable leaving “Phoenix” with HSNI is because the organization doesn’t receive funds from the Humane Society of the United States (HSUS), a non-profit organization claiming to care for animals.  This organization shows pictures of scared little kitties and abused dogs on late-night TV, then asks you to donate $19/month.  The truth is, HSUS uses emotion to raise money for their retirement funds and to hire lobbyists.  Only one half of one percent of the funds raised goes toward animal care!  Most of your local pet shelters, even if they have similar names, have no affiliation with HSUS.

Most local pet shelters, even if they have similar names, have no affiliation with HSUS.  Local shelters will even tell you that HSUS confuses the public and ends up diverting funds meant to take care of unwanted pets.  It ticks me off that HSUS runs misleading ads about its support for animals and doesn’t even help support local shelters.

Please don’t give money to HSUS.  If you want to help animals, donate directly to your local pet shelter!  Janice and I were extremely impressed with the Humane Shelter of North Iowa.  There are many more local shelters across the U.S. doing a great job of caring for animals, so I hope you’ll help support their noble efforts.  As a farmer with livestock, animal care is very important to me.