How Soon Can We Plant? 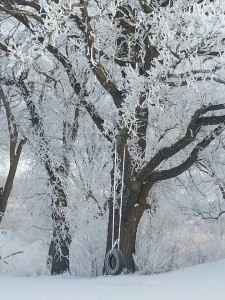 Literally, at this time last year, there were reports that some Iowa farmers had already planted corn.  I was busy writing a blog post answering the question, “How Early Is Too Early to Plant?”

With late-season snowfall accumulating more than it did in December, many farmers this spring are wondering how long it will be before spring fieldwork can begin.

Midwest weather is unpredictable, especially during the spring months.  Although we’re experiencing temperatures in the 40s this week, there’s no guarantee this warm up will continue.  An April Fool’s Day Snowstorm is no joke!  And let’s not forget what happened in April 19, 2011… rain, snow, and hail fell upon areas of Iowa, Minnesota and Wisconsin.

We may be tired of snow, but at least we’re receiving some much needed precipitation that will provide topsoil moisture once the planters start rolling.  “We’re starting the 2013 growing season with a moisture shortfall,” says April Hemmes, who farms south of Hampton in Franklin County, Iowa.  “My farm received a total of 5 inches of rain between May and October 2012; normal annual rainfall is 23 inches. As much as I dislike late season snowfall, I’m thankful for it this year.”

Midwest farmers are eagerly awaiting the start of the spring corn planting season, but there’s no need to fret yet about getting in “late.”  Time is on our side right now.  Years of field research by Iowa State University shows the highest yield potential is with corn planting dates between April 12 and May 8.

For those wanting to head into the fields first this spring, consider planting some Latham® Hi-Tech Alfalfa!  Our 2013 alfalfa lineup includes many exciting new products for disease resistance, traffic tolerance, and regrowth patterns.