How early is “too early” to plant? 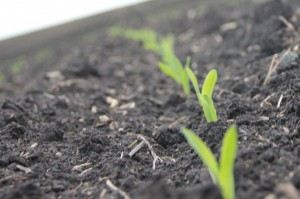 After experiencing several unseasonably warm days this month, we’re hearing reports of farmers who have planted corn.  That just begs the question, “How early is too early to plant?”

There’s no need to rush into the fields.  In fact, years of field research by Iowa State University shows the highest yield potential is with corn planting dates between April 12 and May 8.  To achieve 98% of the corn yield potential, the data shows farmers in northeast Iowa should plant between April 12 and April 30. In northwest, west central, central, and east central Iowa the best time to plant is from April 15 to May 9. In the bottom three tiers of counties in Iowa, farmers need t plant corn between April 17 to May 8 to reach the 98% yield window. This same research shows that planting too early (between March 20 and April 5) or too late (between May 5 and May 20) results in significant yield reduction.

Typically, we recommend farmers wait to plant corn until for soil temperatures are 50° Fahrenheit and until soybeans reach between 55-60 degrees before planting soybeans.  Warmer temperatures are especially critical to protect seedlings.  Soybeans can germinate when soils are about 55 degrees Fahrenheit.  However, if the air temperature after germination hits 20 degrees Fahrenheit or less, the young seeding can be killed with the growing point of the plant right at emergence.

Keep in mind, the weather we’ve experienced in the first half of March is a atypical.  Record-high temperatures and limited precipitation in early March warmed current soil temperatures to levels that we usually see in late April.  Such soil temperatures can be sustained in late April since nearly every day gets warmer as we approach summer.  The situation we’re facing now is that the calendar still reads March.

It’s likely that we’ll experience colder air temperatures yet this spring.  Remember what happened in April 2011?  Rain, snow, and hail fell upon areas of Iowa, Minnesota and Wisconsin on April 19, 2011.

Farmers should probably think twice – maybe three times – before they head to the field with their planters this spring.  The seed in their shed right now is most likely their first choice for a hybrid.  If farmers have to replant, they may be planting their third or fourth choice for seed products as supplies are tight across the industry.