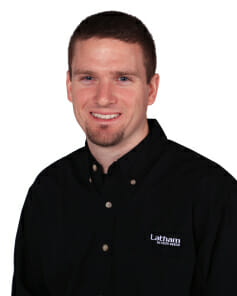 Many farmers are wondering about spring 2021 after the dry year we had in 2020 and lack of moisture so far this winter across Latham Country. Fall 2020 brought little relief in terms of additional moisture and this winter has been mild in terms of snowfall. What repercussions will we see as we head into this spring? An increase in insect pressure is one thing we will need to keep an eye out for going into spring, especially if we don’t see low enough temperatures to help winter mortality rates in those that overwinter.

Corn Flea Beetles belong in the first group because the warmer-than-normal weather might allow for more of these pests to survive.  They typically overwinter in our area, and their survival rate depends on the temperatures in December, January and February.  When the mean temperatures for these three months add up to over 90 degrees Fahrenheit, then there will be a greater number of survivors that will be ready to attack corn fields in the spring.

Seed treatments that include an insecticide like Cruiser®, Poncho® or Gaucho® can help prevent these insects from attacking young plants and seeds.  We know seed treatments prove to be a good investment during a cold, wet spring.  Just because it looks to be a dry spring, don’t be fooled into thinking seed treatments won’t pay for themselves this season!

The second group of insects includes all species that can or will eventually feed on the crop.  If we have a dry spring and early summer, then crops may suffer moisture stress.  ANY kind of stress can be greatly enhanced by insects (or any diseases for that matter) that feed upon those plants, including, but not limited to:  Corn rootworms, corn aphids, stalk borers, European corn borer, cutworms and armyworm for corn.  In soybeans, there would be the 1st and 2nd generation Bean Leaf Beetles, soybean aphids, two-spotted spider mites, Japanese Beetles and Soybean Cyst Nematode (even though they are not an insect).

Most of the pests mentioned above can be controlled by applications of insecticides if done at the proper time; the exceptions to this are rootworms (because they are below-ground) and SCN (also below-ground and not an insect.)

The good news is that although it takes months for evaporation and evapotranspiration to deplete our heavy prairie soils, it only takes a few weeks to replenish it. With adequate snowfall and early spring rains we should see the rest of those dry regions be back at field capacity and ready for 2021 planting. As we approach the planting season keep in mind which of your fields may be at a higher risk to insect pressure due to minimum tillage, cover crops, or past management practices, and plan ahead with seed treatments, insecticide options, or simply plan to walk your fields a little more to stay on top of insects or other pests.

Invest in a Tissue Test

Walk Fields for a Better Bottomline