Crops are starting to turn in Eastern Iowa. It has the makings of an early harvest this year. 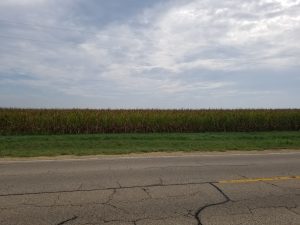 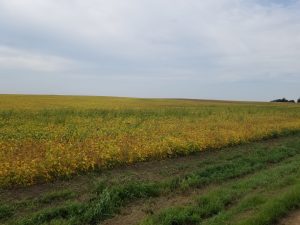 Now’s the right time to plan for the 2018-2019 crop year! With technology like Climate FieldView, you can see where nitrogen or other inputs are needed to help you add bushels per acre. We can work with you to select seed products based on your maps, too. The best time to look at field imagery is during the growing season. If your interested in gleaning more information from your field maps, please call me. 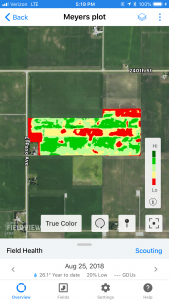 Here’s a field of Latham’s Liberty soybean product L 1448 L in Mower County Minnesota. With the August rains that fell, these soybeans are finishing to the top of the plants. There’s potential for really good soybean yields. Corn fields seam to be coming along pretty good, too. 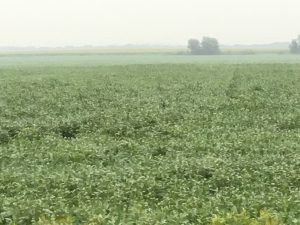 Pictured is a randomly pulled one ear of a Latham SmartStax in Humboldt County. Just look at the size of that ear! 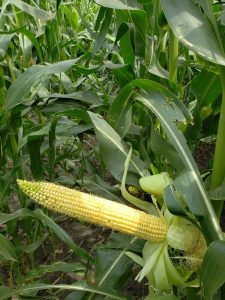 It was another weekend of wild weather in my area. This photo shows recent hail damage along the Iowa- Minnesota boarder near Bricelyn, Minn. 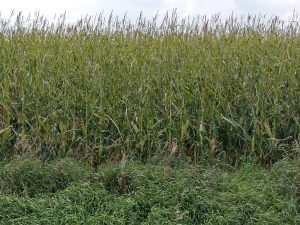 This week I was scouting fields with a Latham® dealer, and we’re both impressed with L 2186 LL soybeans! 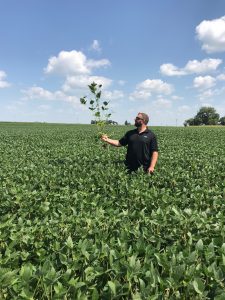 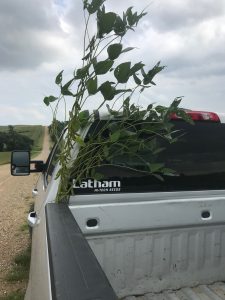 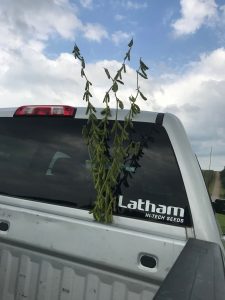 Brown Stem Rot (BSR) is showing up in Southern Wisconsin more than we have seen it in recent years.  Since the symptoms are similar to that of Sudden Death Syndrome, the best way to diagnose BSR is to split the stalk of an infected plant.  Internal browning of the vascular tissue and pith with help determine BSR from the symptoms of SDS.  Since fungicides and seed treatments are ineffective against BSR, the best way to mitigate risk is to plant a variety with known resistance to BSR. 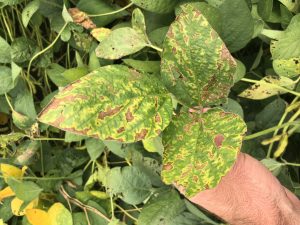 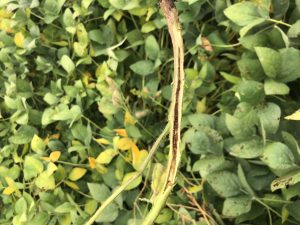 I drove past a field this week and just had to stop to take a close look.  Some fields of soybeans are turning from lack of rain, but this field was turning brown from BSR.  Since this field isn’t a current customer’s field, it provided an opportunity for me to talk to this farmer about Latham’s soybean lineup – and more specifically our exclusive IRONCLAD soybeans. 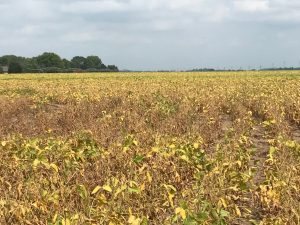 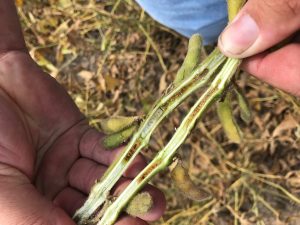 Severe weather last Saturday caused extensive damage to crops and residential properties. These pictures were taken near Hickson, North Dakota. In other areas of my territory, there are pockets of corn under stress from lack of rain. Watch your fields closely and monitor the stalks for integrity. 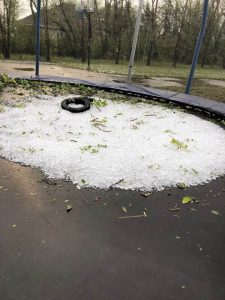 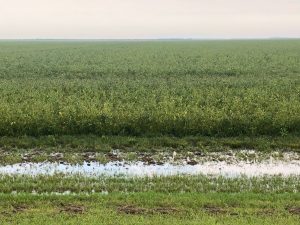 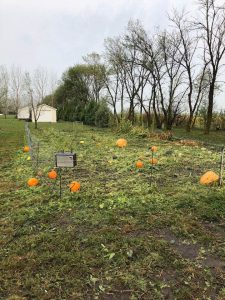 This Latham® show plot is looking really good at  Montrose, South Dakota. This particular ear of LH 4835 VT3 PRO has 20 rows of kernels.

Silage choppers are starting to roll throughout my territory. The ideal plant moisture stage for silage is around 60 to 70 percent, which is approximately 50 percent milk line. Many fields have a week or better before they will be ready, but some of the earlier planted fields are ready to go. With the amount of moisture we have had this year, those chopped fields should easily support a late fall cover crop seeding. Growers are seeing lots of varying benefits to cover crops such as serving a nutrient source, controlling weeds and better planting conditions in the following spring. 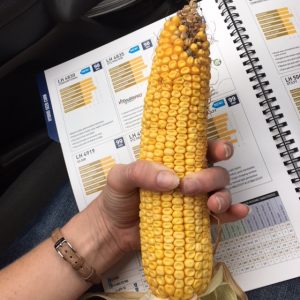 We experienced cooler weather this past week but no frost is expected. Corn is still maturing ahead of pace. Northern Corn Leaf Blight is showing up in varieties that are susceptible to it. Soybeans are adding bushels thanks to the continued rains in some areas while other parts of the state would welcome moisture as drought is still present. 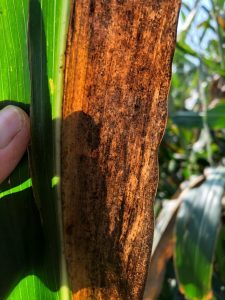 With the extra heat units we received through this summer, corn may be more mature than anticipated. Here is an ear of LH 3397 VT PRO RIB that is already within a week of black layer. When crops mature this rapidly, we need to monitor fields for stalk rots or weakness. Do a pinch test often to identify fields that may need to be harvested early. 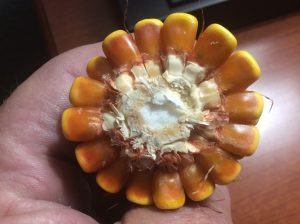 I can only assume that farmers here would agree with me… this drought map doesn’t do justice to the true condition of the crop. Soybeans are all but dead in certain geographies, and the corn is barely hanging in there. Choppers continue to roll on surrendered grain acres.

After 4 or 5 weeks without measurable amounts, last Sunday rain fell across the most severely affected regions of North Dakota. I’ll bet soybeans will show a positive response and grain fill will benefit substantially. These past two days of rain are a life saver for many! 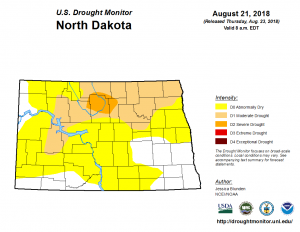