This past week on Facebook, I posted a graphic of my quote in Michele Payne’s book, “No More Food Fights” in which I emphasize the importance of listening when engaging in a conversation. Today I’d like to expand on that…

Monday on my Musings of a Pig Farmer Facebook page I shared an article about the Dakota pipeline and related protests. Listening, in this case, to protestors may not be enough as Scott Gates points out in a Facebook article posted Oct. 24, 2016. He explains how he researched the protests and found that many of the most vocal protestors never engaged during the public comment period.

In this era of mass communication, how do you determine what the facts are? Normally, you just need to “follow the money to find the motive.”

I’m going to use the term “protest” lightly because it’s more of a takeover of private property. Most “protestors” are bused in from outside the area and many are paid to participate. Outside groups with an agenda are using this situation to build public opinion. I know because I’ve personally experienced paid protestors who have been brought in to influence public opinion around the building of hog barns. I attended hearings where neighbors broke done in tears as they testified how terrible the new barns would be to them, yet they didn’t have any personal experience upon which to base their information. They got worked into a frenzy by activists, who worked them into a frenzy by telling them how they would suffer. After the barns were built, these same neighbors who gave the emotional testimony, asked me when pigs would go in the barns. They didn’t realize pigs had been in the barn for months!

This same scenario plays out in so many places. The fear of the unknown plays a large role in public opinion, and the void of compelling facts seems to be easily filled with scare tactics. This is the case with large farms, GMOs, water quality… the list goes on and on.

Fear also is driving many political and social discussions. I’ve had some very good discussions lately about some of these issues, and “discuss” is what we should do! Like everyone, there are some issues on which I simply will not comprise my personal beliefs. As with most things in life, however, compromise and negotiation go a long way toward finding a solution.

Simply withholding your vote because you don’t think any of the candidates running for office really isn’t a solution. In one week, we will elect many people to many offices: local, state and federal. All of these offices are very important, so I will exercise my power to vote. I have listened. I have read and researched the candidates. I have analyzed their actions and positions. Soon I will make the best choices I can to make this a better country. I encourage you to do the same. Make your vote count! 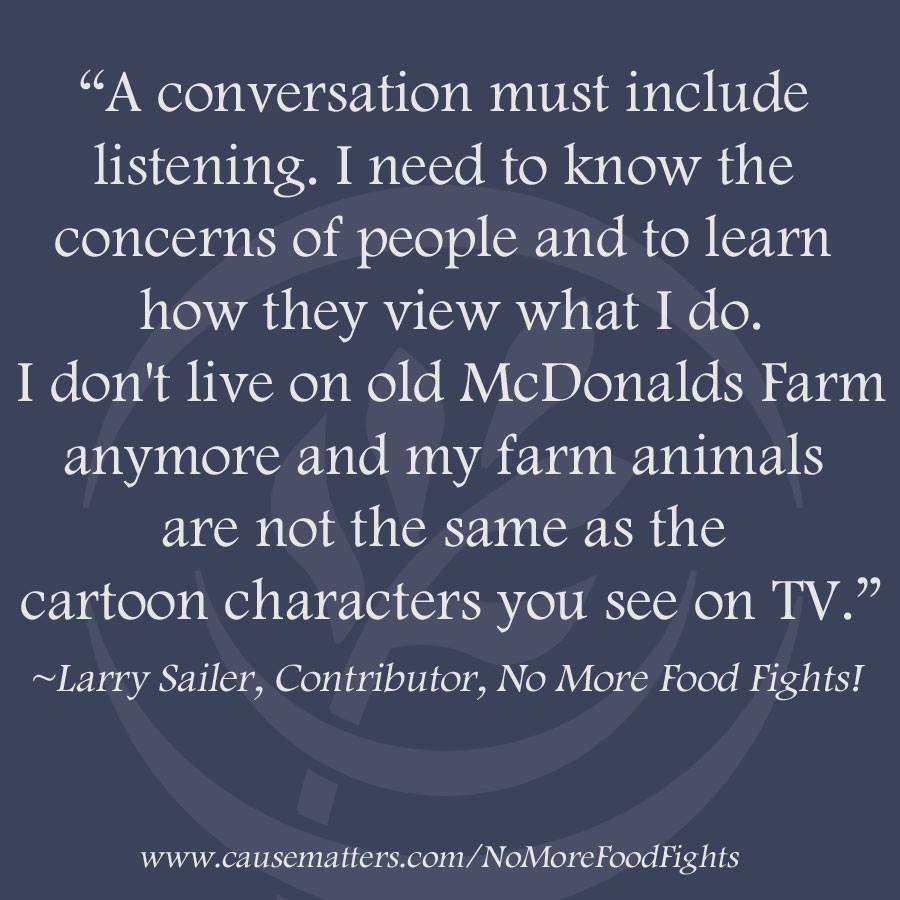