Ethanol Should be a No-Brainer! 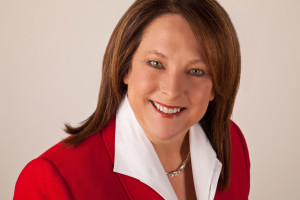 On a snowy morning in December 1983, my girlfriends and I were having coffee and visiting about the harvest. We were amazed with the corn on the ground outside the elevators. As farmers, we came to the chilling realization that we had no-where to go with our corn. We brought up the gasohol fuel, which was introduced during the 1970’s oil crisis, and wondered what ever happened to it? We all thought using our corn as fuel was a no-brainer! It was renewable, lessened the amount of oil we had to get from other countries, and helped cut down on bad emissions from our cars. Why not?

In 2005, the Renewable Fuel Standard was put into place and perfected in 2007. YEAH! Here in the heartland, farmers of all sizes were excited to grow corn, not only for food, but also as a fuel source for our country. We knew the amount of corn produced on an acre was enough to cover everything America was asking of us, and we stepped up to the plate.

From 1980 until now, it’s truly amazing how efficient farmers have become in using technology to be better stewards of the land. We should not be afraid of technology to improve… We all use a mobile phone, don’t we? Over the past 20 years, farmers have worked to create market demand for this homegrown commodity and increased demand for clean air.

Renewable fuels have played a major role in creating that demand for corn. Farmers are able to grow more on every acre due to precision agriculture, better seed technology and improved farming practices. We have reduced land use by 30% and energy by 43% per bushel of corn produced. Soil erosion is 67% less and greenhouse gas emissions 36% less! More great information is found at https://ethanoleffect.com/myth-fact/. The by-products of ethanol production are great extras; Feed for our livestock and distillers oil are the top two. We don’t waste anything!

Recently a cowboy friend of mine and I were gathering cows on horse back. As we crossed the creek, he looked down at the clarity of the water and then looked up at me and said, “Wow! It’s amazing how much cleaner the creeks and streams are. This is the best I have ever seen it.” My friend is 91 and he saw the improvements made by technology to raise our crop while conserving top soil.

Let’s not give into fear mongering! Let us be proud and go forward with the great innovations that are being forged in agriculture. We farmers are the best stewards of the land and are constantly looking for better ways to leave it to the next generation.