Get Your License to Pollute! 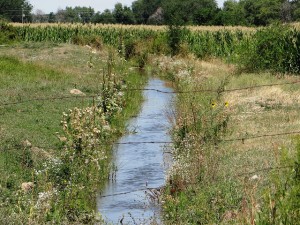 For the first time ever, the EPA and the National Highway Traffic Safety Administration have adopted rules to reduce greenhouse gas emissions and improve fuel efficiency of medium- and heavy-duty vehicles. These new rules sound pretty tough. But wait… Apparently stopping “climate change” is only important unless a company can afford to buy its way out of the new rules! I know the government needs the money, but isn’t this really just extortion?

Another example of getting permits to pollute is The Des Moines Waterworks (DMWW). The waterworks is suing three Iowa counties for nitrates running off fields in these drainage districts that supply water to our state’s largest city. Ironically, nutrient levels in the Raccoon River have actually trended steady or down since the 1990s. The number of times the DMWW has operated its nitrate removal system also has declined over time, according to the Iowa Farm Bureau and other farm and agribusiness organizations. Yet the lawsuit continues.

Most likely, the lawsuit will require farmers and landowners to get federal discharge permits. Basically, the waterworks wants farmers to get a permit for their tile outlets the same way a city gets a permit to release sewage in to a river. They literally get a license to pollute! Apparently, it’s okay to pollute as long as the government collects payment.

A few years back, a program was being pushed on farmers to trade carbon credits. Essentially, polluting companies could buy what a farmer was doing help the environment such as no-till and then the company was allowed to continue to pollute!

Is it just me or does anyone else get the feeling that “climate change” is little more than a money game? If you follow me, you know I believe the climate is changing. It always has and it always will! It’s fascinating to study history and see that many deserts were once lush forests. Huge seas covered what is now dry land. Glaciers moved over the Great Plains of the Midwest before mankind could even be blamed for the change!

The big questions are: “How much of this change is caused by mankind?” and “How much can paying the government for permits or fine will actually stop climate change?”

Mankind has proven its ability to adapt. If the government would get out of the way – and stop draining free enterprise of all its cash, innovation and the ingenuity – Americans will make this world a better place! Our economy is straining under the burden of all these regulations. I seriously doubt any of these regulations will have a positive impact when they can be bypassed simply by making a payment. All it does is add unnecessary burden and cost to doing business. And that’s not good for anyone!