Government Involvement Creates Change, but Is It Good? 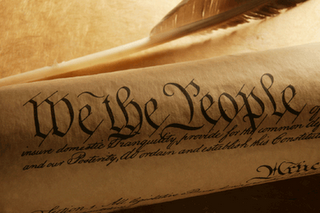 I’ve read that 99.9% of all species have become extinct! Extinction happened before man had anything to do with “climate change.” The difference in our present age, however, is the fact that man thinks he is in control. Now we want to control climate!

Some folks believe that adjusting how we create energy will save the planet. Fewer carbon dioxide emissions, they say, will stop climate change. The truth is, one major volcanic eruption can make more “pollution” than was made throughout history by all mankind!

Every time an attempt is made to change one thing, other things unexpectedly get changed – most times these unexpected changes are not for the better. Take the spotted owl for example. With the passage of the Endangered Species and the National Forest Management Acts, the logging industry was basically shut down in the Northwest.

Saving one species of bird was put ahead of mankind, but the desired results were not accomplished. The number of spotted owl didn’t increase, and now scientists believe the aggression of barred owls has actually led to the decline. Not only were logging families devastated and entire regions suffered economic hardship, but the “untouched” forests grew a massive amount of combustible material. Without man’s management of the forest, massive forest fires occur every year and create massive amounts of air pollution. Are we saving that birds or old forests… or are we just making huge mistakes?

Mankind has been given the power to make decisions. We have the ability to make a difference. In my chosen career of farming, we have made huge advances in producing food. The U.S. free market system has been the biggest catalyst, yet man likes to step in and interfere. As our society has grown, so has the amount of government intervention.

Government officials are always trying to make things better. My question remains, “What will be the 100 after-effects of trying to fix one problem?” Are we better without coal? Is green energy the answer or will it cause unknown problems for the future? Can government involvement fix the problem by breaking one industry and replacing it with another?

Taxes, regulation and rule by force interferes with the free market. Taking land from private individuals – like the Hammand family of Oregon and Texas ranchers like Ken Aderholt for “the public good” will have long-term effects. The examples of government overreach and the use of eminent domain just keep on growing, and I’m genuinely concerned about losing the freedom to operate here.

It’s time to return power to the people!  Our country was not made great by a president overpassing congress and ignoring the constitution. In fact, our forefathers were very intentional in how they formed our government because one person was not supposed to have that kind of power.

We have an election bearing down on us. Are the candidates saying what they think you want to hear, or are they laying out a plan for a better future? Are they promising “free” stuff? Remember, free stuff will have hundreds of effects because someone has to pay for it!

Now is the time to learn the issues and examine how the candidates really think. Whom we elect makes a difference!