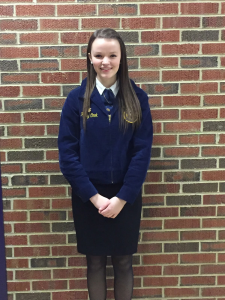 Reaching consumers who are genuinely curious about the way their food is raised is what Holly Cook enjoys most about serving as the 2016 Iowa Pork Queen. While wearing a crown has literally opened doors for her across the state, this recent East Buchanan High School graduate says there are countless opportunities for each of us to get involved in advocating for agriculture.

“The more people who are willing to tell their story, the more effective our efforts will be as an industry,” says Holly Cook, who grew up helping her parents on their family farm and served as Buchanan County Pork Queen in 2015. Later this month she’ll begin her freshman year at Iowa State University, majoring in Ag Business.

Passionate about bridging the knowledge gap and building trust between producers and consumers, Holly delivered and prepared a public address about it for an FFA Career Development Event (CDE). She placed first at sub-districts and second at districts, advancing to the state contest last April during the Iowa FFA Leadership Convention.

“Those directly involved in production agriculture see the necessity of improved practices. Farmers care for their animals every day and see that they are healthy and comfortable, yet the public constantly suspects mistreatment,” said Holly while delivering her public address for FFA.

“The great lack of consumer education in the United States has allowed anti-agriculture and animal activist groups to plant negative seeds in the minds of consumers. Buzz words such as ‘factory farming’ and ‘big ag’ coupled with a vast array of misconceptions have become an unfortunate reality in our society,” she continued. “To prevent farmers from having to take a huge step backwards in terms of efficiency and modernization, we must increase our efforts to reach American consumers.” 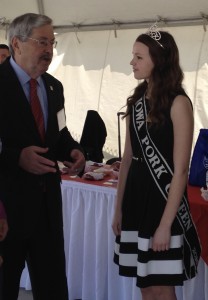 As Iowa Pork Queen, Holly has advocated for her industry across the state and met with state leaders including Governor Terry Branstad.

The three major concerns reported among American consumers are consistently: animal welfare, the environment, and a perceived danger of genetically engineered crops. Holly wants consumers to know that taking care of animals is extremely important from a production standpoint as it is a morality issue. Modern farming practices are in place to preserve soil and water quality. Plus, foods made using ingredients from GMO crops are safe and pose no greater health risk.

“While the current knowledge gap is not ideal, with work and outreach from both consumers and producers, this issue can be resolved,” adds Holly. “A healthy relationship and trust between these two parties is a crucial factor of modern agriculture’s progression.”

How can you help open communication lines between producers and consumers? How can you build trust with someone who might not share your opinions about responsible production methods or American’s right to food choice?

“It can be a challenge to talk with others who have conflicting opinions,” Holly admits. “I always remind myself to be respectful even when I don’t agree with them. I try my hardest to keep a smile on my face, so in the end, their impression of an Iowa pig farmer is positive. Getting mad isn’t going to solve anything, but parting with a smile might.”

You’ll find Holly smiling and answering the general public’s questions during the Iowa State Fair, Aug. 11-21. She’ll most likely be at the farrowing display in the Animal Learning Center or by the largest boar on display in the hog barn. She’ll also enjoy meals at the Iowa Pork Tent, home of Pork Chop on a Stick. (Did you know about 6,000 pork chops are enjoyed each year during the Iowa State Fair?!)

“We want consumers to know that the pork tenderloin is actually slightly leaner than a skinless chicken breast. Keep that in mind the next time you’re looking for healthy choices,” says Holly.

Pork tenderloin, lightly seasoned with Cookie’s Flavor Enhancer and grilled to 145 degrees, is Holly’s favorite homemade meal. But she looks to porkbeinspired.com for creative recipes like pork tacos and barbecued ribs. Her favorite recipe to cook is Pork and Broccoli Stir-Fry, so we’re sharing it today on TheFieldPosition. Pork. Be inspired.TM 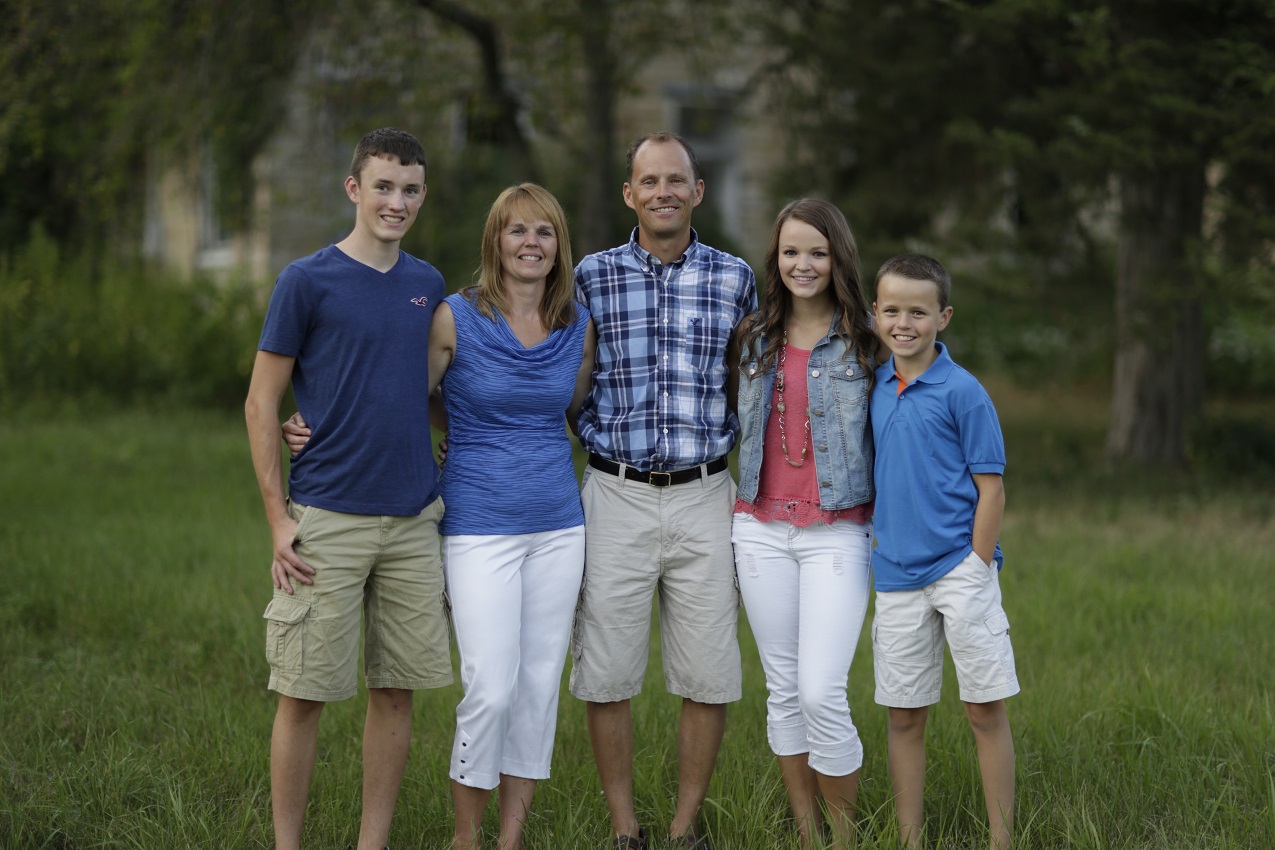 From left to right: Holly’s oldest brother Spencer, her parents Aaron and Trish, and her youngest brother Kirby on the far right.