As I’m writing this morning, I’m preparing to visit the offices of our elected officials in Washington, D.C. I’ve made this trip as a member of the Farm Journal Foundation’s Farm Team. This nonprofit corporation is dedicated to sustaining U.S. agriculture’s ability to serve the vital needs of a growing world population. This team is a group of farmers, working together to fight world hunger! 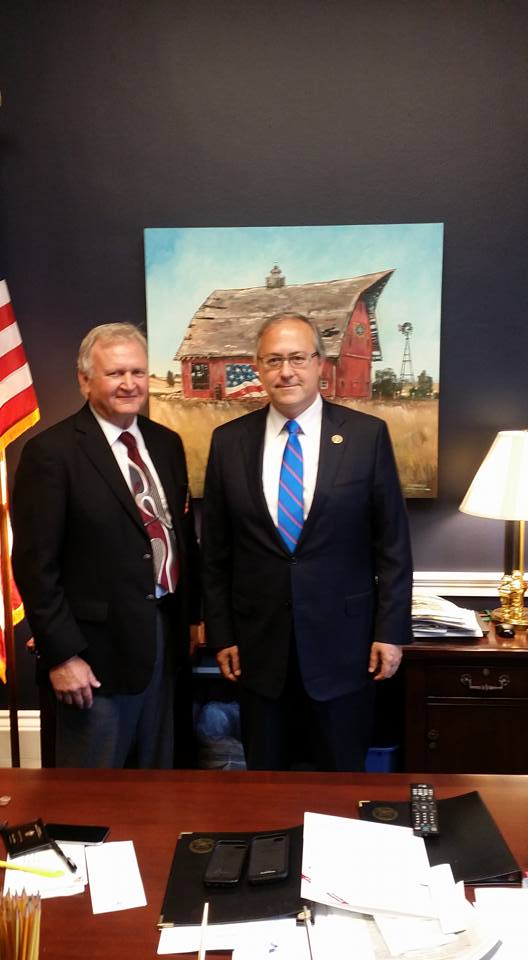 Preparing for today’s meetings on Capitol Hill got me thinking about the perception of agriculture – and especially of farming practices – around the world. I’ve written about different perceptions in the past (and you’ll find links to these posts below), but today I’m going to address this topic from a different angle.

Recently I read a post on Facebook to an article, claiming that glyphosate is much worse than feared! People were jumping all over each other with comments like, “I told you so!” The headline of this article supported their own beliefs, so many of these folks jumped into the discussion without obviously reading the copy. If you read the copy and checked the sources, it stated that glyphosate has helped reduce herbicide use and is safe when the rules, including use of Personal Protective Equipment, are followed.

“Roundup and glyphosate is a hot button topic… When you really take the time to digest some of the facts, read the labels, and put it into perspective with other common household items, the toxicity of glyphosate is extremely low. I’ve written an article before on fear. We don’t need to make our lives more complicated by buying into these fears spread much like the article above,” writes Jenny Dewey in a Huffington Post article.

It comes down to perception and emotion. People’s perception of danger is not just based on the facts. If consumers don’t like the way those “facts feel,” they believe all the negative comments. No wonder it’s so difficult to convince people of the great things farmers are doing!

We’ve seen first-hand in North Iowa how much weight negative words and actions can carry when Prestage Farms was considering building a pork processing facility in Mason City. Old arguments about modern livestock production resurfaced. I thought we were doing a great job sharing why we farm the way we do. Climate-controlled barns are better for our pigs, better for the environment and better those of us who work on the farm! But our voice got lost when a group of anti-modern farmers started beating their drums louder.

This week I’m trying very hard to keep an open mind while having conversations in D.C. I’m trying not to let naysayers keep me from accomplishing – or at least advancing – some progress in world hunger. Let’s all keep open minds! Remember to “listen” and dig deeper into the discussion.