Is USDA Sticking a Fork in Pork?

Pig farmers from across the U.S. met March 3-5 in Indianapolis for the Pork Industry Forum. Elected representatives for our grassroots organization get together annually to make pig farming better. Like any organization, not everyone agrees all the time. Last week, however, there absolute agreement by all delegates on one issue. 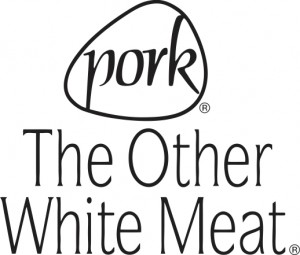 When you hear, “pork,” chances are that you think, “The Other White Meat.” A study conducted by Northwestern University found The Other White Meat to be the fifth most memorable promotional tagline in the history of contemporary marketing. This tagline successfully positioned pork as a healthy, lean protein that is versatile and easy to prepare. Six common cuts of fresh pork are leaner today than they were 15 years ago. In fact, a 3-ounce serving of pork tenderloin contains only 2.98 grams of fat and a 3-ounce serving of skinless chicken breast contains 3.03 grams of fat.

This sounds like a great success story that should be included in textbooks, right? Unfortunately, the success of this marketing campaign drew unwanted attention from the Humane Society of the United States. HSUS announced in September 2012 that it was suing the USDA over the payments the National Pork Producers Council (NPPC) receives via the national pork checkoff.

Why sue? Checkoff money is collected by a board, and the USDA oversees the collection and spending of checkoff funds to provide programs that will increase demand for farmers’ products. Checkoff monies can fund marketing tools such as promotion, research and new product development.

Increasing pork consumption is just the opposite of what HSUS wants to see happen. Truth be known, HSUS would like to end animal agriculture. HSUS also wants to end hunting and animal circus acts, as well as close zoos. Anyone who thinks the $18 per month he or she donates will help save cute little puppies or kitties is sadly mistaken. Only one half of one percent of HSUS funds raised go toward animal care! (Donate to local pet shelters instead.) Most HSUS donations are used to influence political agendas and the media, and HSUS is trying to trap the pork industry in a web of activities.

You see, the National Pork Board (NPB) and the National Pork Producers Council (NPPC) used to be one entity. Checkoff dollars were being used for “The Other White Meat” campaign, so the NPB leased the other white meat tagline to NPPC. After several years, it was agreed that NPPC should buy the tagline instead of leasing it. Appraisals were done. The necessary approvals – including from the USDA – were granted. This arrangement worked well until HSUS filed a lawsuit against the USDA.

Instead of defending what it had approved, the USDA appears to be caving to a special interest group. Sec. Vilsack, during a U.S. House Agriculture Committee held last week, said the decision to settle the lawsuit was made with pork industry officials. During the annual pork industry forum, however, not one pork industry representative says he or she was contacted by the USDA about the settlement. As a result, pork industry officials cried foul over the USDA’s move.

Every delegate to the Pork Forum wants this lawsuit fought to the fullest extent of the government’s power. Not one single delegate agreed with Sec. Vilsack!

“In an action for the record books, delegates of the NPB — appointed by the USDA — not only unanimously approved the advisement but also unanimously co-sponsored the petition [of Secretary Vilsack to preserve and defend National Pork Board statutory authority and independence]. One strong voice with true grit signaled the industry is prepared to fight against any entity trying to damage the ability to exercise its judgment in marketing pork.” writes Cheryl Day on the National Hog Farmer blog.

There is an election on the horizon. Read. Learn the issues. Talk to people who actually farm and learn how they take care of livestock. We want to share what we do every day, and we can explain why we care!