Iowan Preserves the Sounds of Liberty 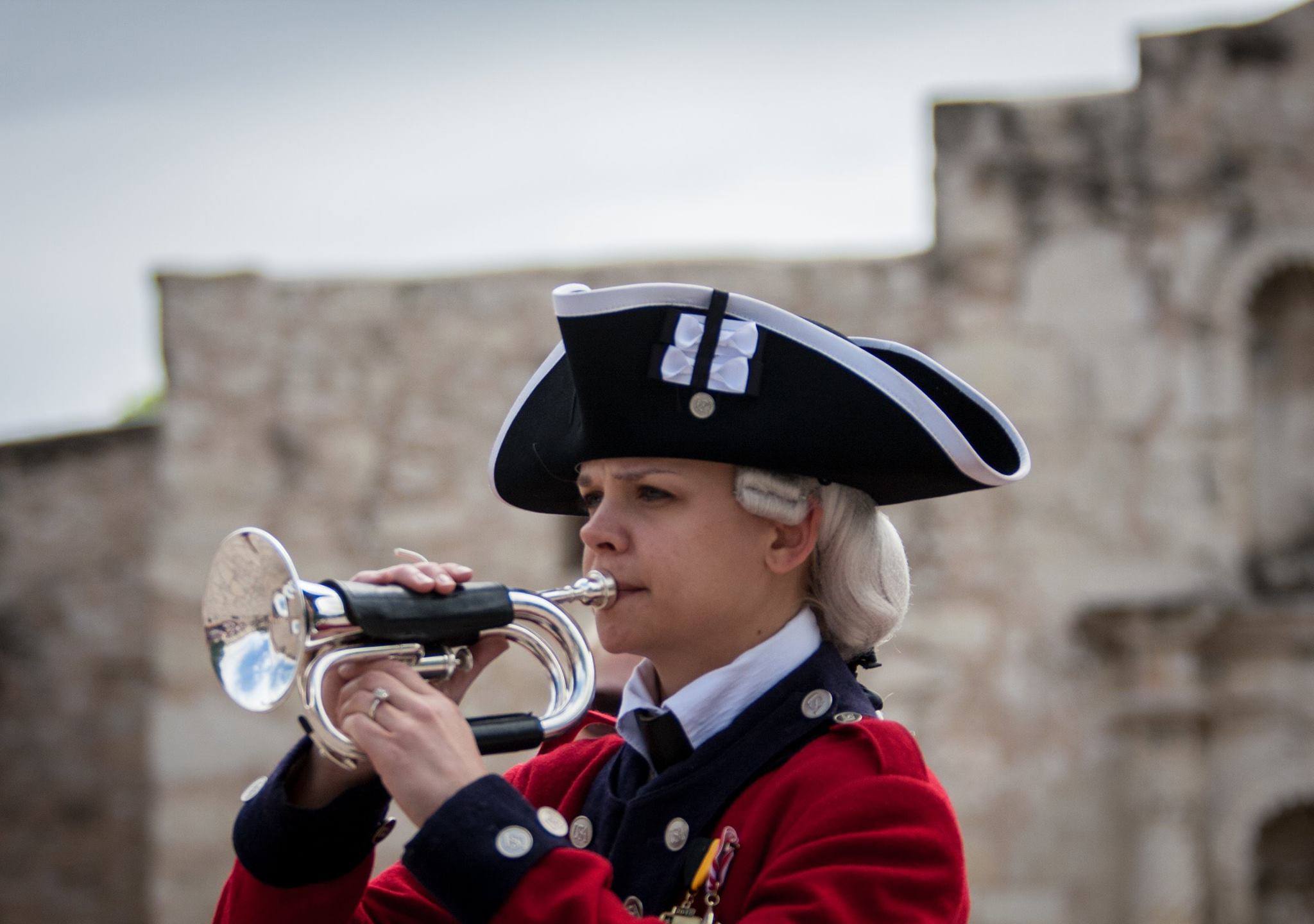 Music and patriotism have been an integral part of America since its founding. This spirit lives on through the Old Guard Fife and Drum Corps, where musicians like Brooke Stevens from Hampton, Iowa, showcase the soundtrack of America’s story.
“We are the goodwill ambassadors of the U.S. Army,” said Stevens, a U.S. Army staff sergeant and bugle player in the Old Guard Fife and Drum Corps. “We have a unique opportunity to share our music with people worldwide.”

In support of the president, the Corps performs at all armed-forces arrival ceremonies for visiting dignitaries and heads of state at the White House. The Corps has also participated in every presidential inaugural parade since 1961.

One of Stevens’ first missions with the Corps involved Barack Obama’s presidential inauguration in 2013. “The Corps is the official escort to the President of the United States, so we were right ahead of the president’s motorcade,” said Stevens, who has served with the Corps since September 2012.

Let freedom ring
Stevens’ spectacular journey to Washington, D.C., from Franklin County, Iowa, started with the Hampton-Dumont school’s concert and jazz bands, where she played the trumpet. She credits her father, Brian, a retired middle school band director, for inspiring her love of music.

“Dad taught me to set goals and follow through,” said Stevens, a four-time All-State Band member. “I also learned that hard work and dedication pay off.”

After graduating from Hampton-Dumont High School in 2002, Stevens earned her music degree in trumpet performance from the University of Northern Iowa in 2006. Then it was on to Indiana University, where she earned her master’s degree in music in 2008 and began working on her doctorate in brass pedagogy and literature.

Stevens also began looking at job opportunities. She was intrigued by the Old Guard Fife and Drum Corps, which offers more than 500 performances annually and has appeared at NBA games, NFL games including Super Bowl XVI, the Kentucky Derby and the Indianapolis 500.

Since the 70 members of the Corps are active-duty military, Stevens enlisted in the U.S. Army and completed basic training in June 2012 before joining her unit in September 2012. She is stationed at Fort Myer, Va., near Arlington National Cemetery.

“One of my highest honors was playing taps at the Tomb of the Unknown Soldier,” said Stevens, who added that the Corps supports all U.S. Army funerals in the Washington, D.C. area.

While Stevens has always been patriotic, serving with the U.S. Army and Old Guard Fife and Drum Corps makes the 4th of July especially meaningful, she said. “Experiencing military life and seeing the sacrifices that servicemen and women are making for our country and their families gives me the utmost appreciation and respect for the U.S. military.”

A taste of Iowa
While Stevens travels extensively with the Old Guard Fife and Drum Corps, part of her will never leave Iowa. “I’m proud to be from Iowa and represent the state,” said Stevens, who shares her all-time favorite bar recipe from home.