Add “Juggler” to the List of Skills a Farmer Needs

A farmer has been described (at least by Paul Harvey in his “So God Made a Farmer” speech) as “somebody with arms strong enough to rustle a calf and yet gentle enough to deliver his own grandchild. Somebody to call hogs, tame cantankerous machinery…”

This week I feel like the farm broadcaster’s legendary speech should be amended to read: “… somebody with shoulders broad enough to carry the weight of the world but humble enough to know he can’t do it alone. Somebody with the acrobatic artistry to juggle eight balls for eight days without dropping a single one.”

One of the issues that’s currently weighing heavily on my heart and mind is the vote by Des Moines Water Works to sue three Iowa counties over nitrates. On Monday of this week, Iowa farmers and the Iowa Soybean Association spoke out against the intent to sue. Yesterday, Iowa farmer and cattle producer Dan Hanrahan posted follow up comments on his blog where he writes:

“Soil and water quality have always been a concern and a focus of many producers’ efforts. If anything has changed… it is Des Moines Water Works’ approach to the problem. I believe you would find LD Mc Mullen (Stowe’s predecessor as director of Des Moines Water Works) was a proponent of the collaborative approach and built many relationships in that regard with the community upstream. Stowe has ended many of those and seems to be intent on going it alone. At the end of the day the challenge for improved water quality is such a complicated issue, I don’t see how it is going to take anything less than all of us working together to find a solution.”

With many fellow Iowa farmers sharing their stories about soil conservation and water quality efforts this week, it frees me up to talk about some other projects in which I’m involved. Winter, although considered the “off season” for farmers, is one of my busiest times of the year. I have pig chores to do, regardless of the season. I also have year-long responsibilities and obligations to my family and my community, which includes attending meetings for everything from church to the local chamber.

Winter is truly the meeting season. This week has reminded me of a circus performer who juggles three, four or more objects in the air at the same time. The trick is, of course, not to let a single ball drop. This week I felt like I had eight balls in the air, and I really don’t want to drop a single thing! It’s a week filled with many meetings and events that I am really proud to be a part of, but each more meeting has given more projects to coordinate. 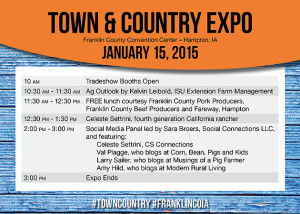 Please understand that I’m not “playing the violin” here. I know community involvement (and over commitment) isn’t a farmer-specific problem. I do, however, want to give you a snapshot of what my week is like: 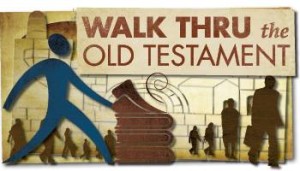 P.S. One of my grandsons is wrestling on Monday, Tuesday, and Thursday evenings. I can only be at one place at a time, and I have to tell you that I’m always feel guilty when I have to miss something!

Meeting season to me is very important, yet I just need to remember to include those near and dear to me. This week I was reminded that as one works so hard to serve the greater good, those closest to you may not be getting the attention they deserve. My church and my family deserve more of my attention. My farm operation needs more of my attention, too. I feel called to promote agriculture and share my farm story because I want to help consumers understand what farmers are about and why they farm the way they do.

Advocating can be a juggling act in itself… Here’s to eight days of not dropping the ball!