Revisit the Past, Gain Appreciation for the Present

This past week we celebrated my mother-in-law’s 90th birthday! My wife, Janice, conducted research and gathered photos to make a 22-minute video that showcased her parents’ lives – as well as told the story of farming – during the past nine decades.

Honestly, many of those photos from the family album showed the hardships of farm life. Just imagine farming before tractors and electricity! Yet, year after year the Rewerts family kept farming. You can see how everyone in the family pitched in: planting crops, taking care of those crops including pulling weeds by hand, picking ears of corn, storing those ears until they were dry and then shelling corn in July. I remember those hot, dusty days! I also remember cold, winter days when we had to go outside to do chores in snow so deep that it almost went over the barn!

It was fun to journey down Memory Lane. After looking at photos of those old cars and trucks, I’m truly amazed at how those old trucks got the job done. Those first vehicles didn’t have radios either. Speaking of radios, notice how big those first radios were. They took up a great deal of space in a house, so there was no way they would’ve fit in a dash. Of course, there weren’t computers, cell phones, video games or GPS systems then either. 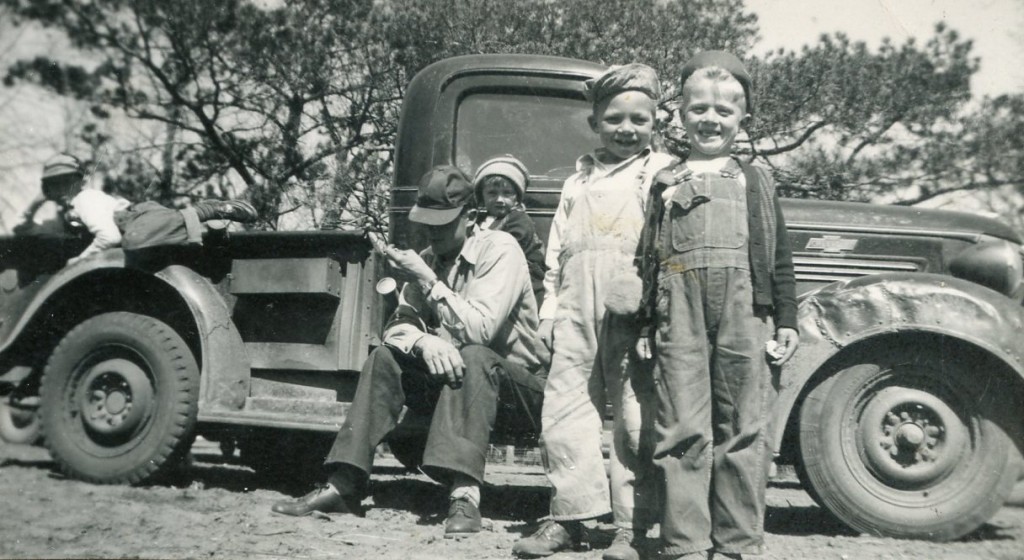 Yesteryear’s farm truck… somehow it got the job done!

What a contrast between those first tractors without even power steering to today’s tractors that can actually steer themselves! Combines now can harvest the same amount in minutes that was harvested in hours when my mother-in-law was young.

Not only has farm machinery and equipment changed, but even the crops have changed. Honestly, farming has changed drastically just within the last 20-25 years due to the introduction of first Roundup Ready® soybeans and then traited corn products. Now we have corn hybrids that fight weeds and bugs on their own. 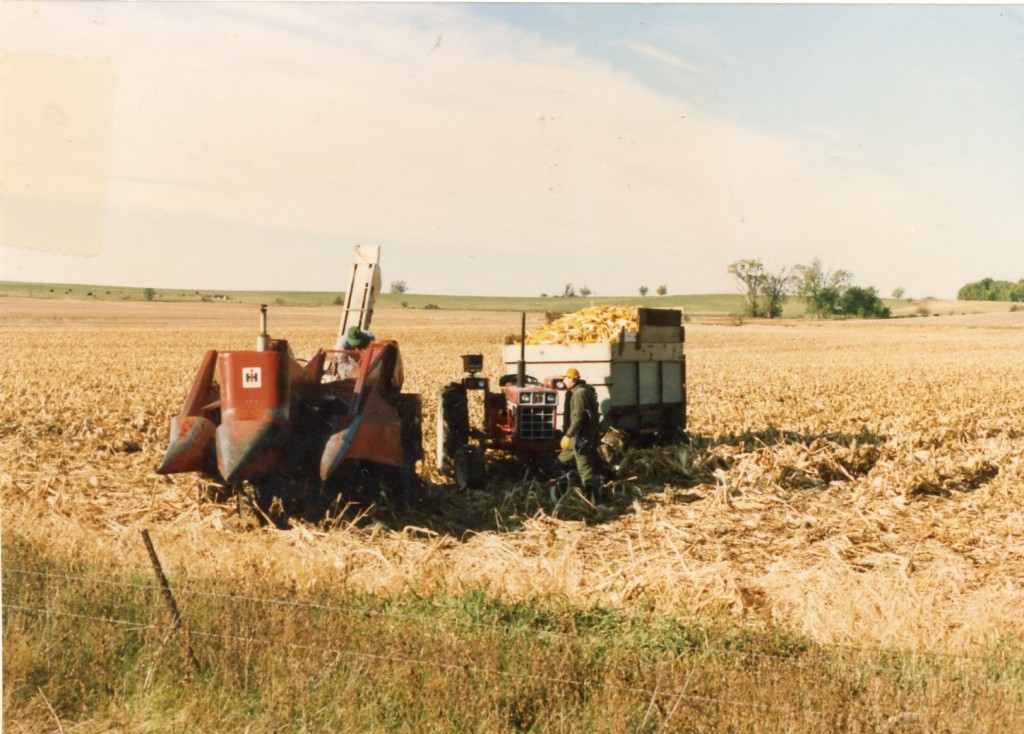 Even the food on our tables has changed in the last 90 years. When Grandma was young, everything was made from scratch. No one worried about how many calories were consumed because it was all worked off by the enormous amounts of manual labor that was done. Today’s society is not only concerned with calories and nutritional content, but many consumers want to know how the food was produced.

So much has changed! I’ve had a great time the last couple weeks reminiscing about the good ol’ days, but I’ll be the first to admit that I’m glad to be farming today. Earlier this fall I attended a Threshing Day where I saw them harvest the same amount of oats in three hours that could be harvested by a combine in just 10 minutes! Earlier this month I participated in the 4th Annual Franklin County Harvest Blogger’s Tour where we visited our county’s agricultural museum and then gave non-farmers rides in combines.

My understanding of farming history helps me appreciate farming today! It’s great to be able to use today’s technology to grow my crops, raise my pigs, and even be able to communicate with all of you!