The Risks of Early Planting 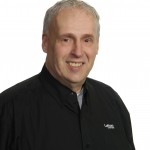 After a very mild winter, attention has turned to spring field preparation and making final planting preparations.  Tillage is complete.  Seed is in the shed, and farmers are eager to get in the fields.

The unseasonably temperatures we’ve experienced throughout much of March and early April have many farmers asking me whether it’s Too Early to Start Planting.  Although each year is different, Iowa State University has compiled years of research data to show that optimal planting dates in Iowa:

Although we’ve experienced especially warm air temperatures over the last two weeks, it’s important to monitor soil temperatures as you look to start this year’s planting.  A sustained soil temperature of 50+ degrees is needed for corn to germinate.   Experience tells us that Mother Nature usually has a tendency to correct a warmer than normal March with a wet, cold April.  The return of cold weather is just one of the risks associated with planting corn before the optimum window.

Another thing to consider this spring is that our soils are on the dry side, especially when compared to recent years.  Seedbed preparation should be done with the conservation of moisture in mind this spring to make the most of the opportunities of good field conditions we now have.  Monitor soil temperatures field by field.  Also keep in mind how the amount of residue may affect planting.  Good planter maintenance and preparation will be a benefit once we get to the field.

Be patient and have a safe planting season!