Producing corn, soybeans and pork on a farm is commonplace in Iowa, where livestock feed has been the primary use of grain crops throughout that state’s 175-year history. Families, like the Jacobsens of Dows in Franklin County, are proud of their farming legacy. 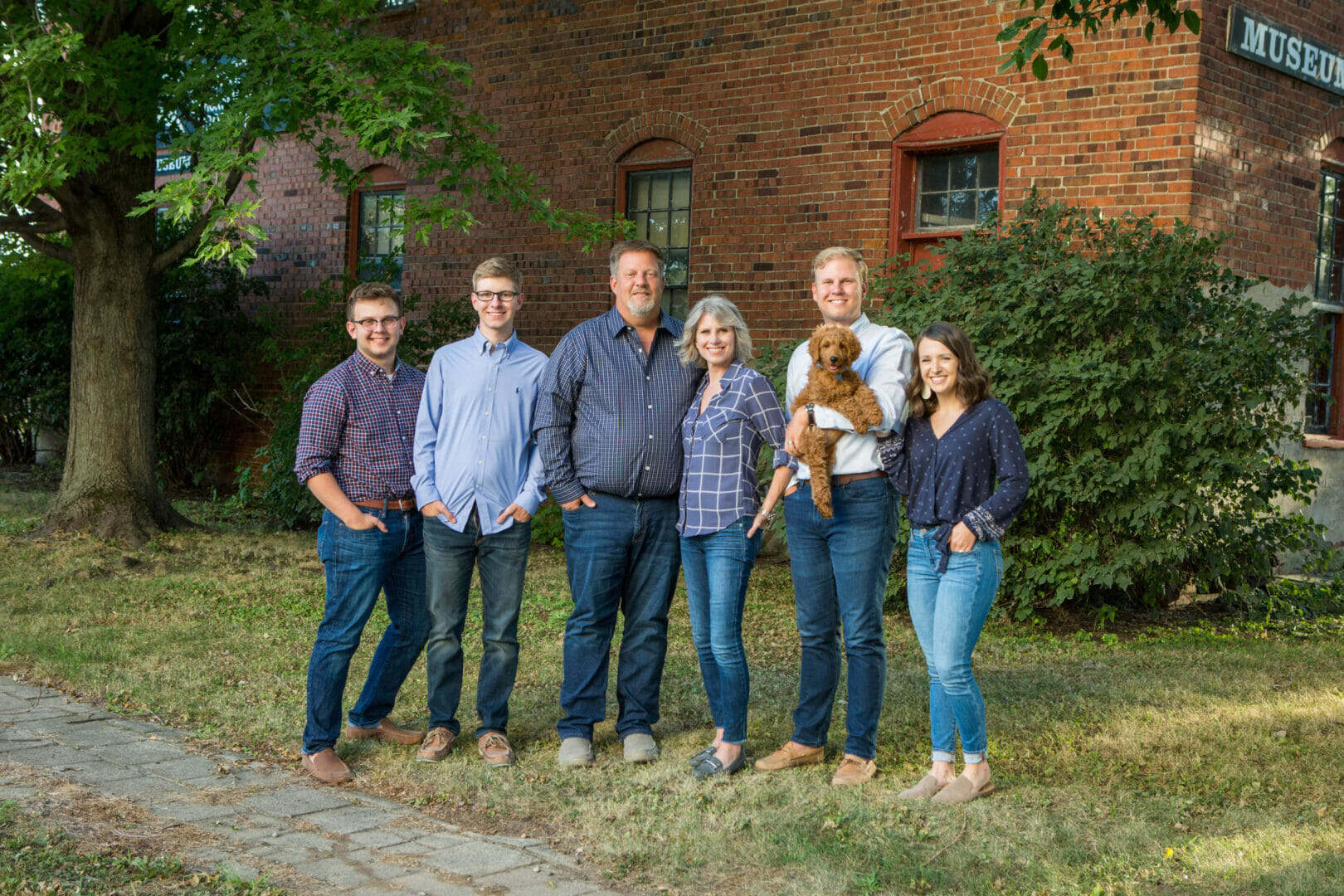 “I appreciate the opportunity to raise Latham seed beans because most years we get access to newer genetics a year earlier than if we raised soybeans just commercially. I like seeing what’s new in the lineup,” says Corey. “It’s fun visiting with everybody in the fall when we deliver beans to the plant. Plus, it’s nice to know we can pick up the phone or stop by the office whenever we have questions about production or want input.”

Corey has been working toward his goal of farming since he graduated from high school. While studying ag business at Iowa State University (ISU), he helped plant four crops and maintained his breeding-to-finish swine operation. Corey traveled home each weekend to do chores and made countless other trips whenever needed for breeding or farrowing.

“I met Corey at the 1985 Franklin County Fair where he was showing pigs and I was working in the Extension office,” says Kim, who grew up on a farm south of Coulter and enjoyed showing horses in 4-H. It’s only natural their three sons would become showmen.

When Corey graduated from ISU in 1990, he began working at Brenton Bank in Clarion. One year later he started at Dows United Bank & Trust. Corey retired as bank president in 2000, and then he and Kim began farming full time. Kim also retired after teaching high school math and coaching volleyball and track for 10 years at Clarion-Goldfield Dows. Their more flexible schedules allowed their family to spend more time on their pork operation.

“Pork is truly a family project that we all enjoy,” says Kim. She and Corey custom-finished pigs for years and raised show pigs. Now they run an independent wean-to-finish operation. “Raising livestock taught our boys day-to-day responsibility that many other activities can’t provide. They learned that it takes teamwork to be successful and to accomplish what needs to be done.”

“Through 4-H, our boys learned skills they use on the farm also such as welding, woodworking, small engines, along with the communication and record keeping,” says Kim. “Now that they’ve all graduated from high school, I love to see our sons use their skills and continue to educate others about agriculture. Caleb won the Outstanding Agriculture Exhibit by ISU College of Agriculture and Life Science at the Iowa State Fair for his project teaching the truth of GMO’s. Matt is known as the ‘farm kid’ and go-to resource at college. He has skills in welding, woodworking, painting and general carpentry that most other students do not have. He laughs at all of this, especially the time he was a hero changing a gas tank on a gas grill, much to the amazement and awe of others. He also educates classmates and others in the city about livestock and agriculture.”

Matthew will graduate in May 2022 from Harvard College in Cambridge, Massachusetts, with a degree in Molecular and Neurological Biology. He has been a part of the Harvard Curling Club, John Adams debate society and Harvard Pro-Life while keeping up with research projects. Matthew plans to continue research for another year and then attend medical school.

The Jacobsen’s youngest son, Caleb, is a freshman majoring in Ag business at Iowa State University. He enjoys being active in the Ag Business Club and the SALT network through Cornerstone Church. Caleb is following the steps of his oldest brother, Ben, who graduated from ISU in 2018 with a degree in ag business. Ben farms with Corey and Kim. Frances is a Talent and Acquisition Specialist for Boston Scientific, working from their home in Ames. They are expecting their first child in June.

“We feel blessed to have our children grow up on the farm learning the value of honesty, hard work and sacrifice to accomplish goals,” says Kim. “Now the next generation will grow up farming in a community that has been so supportive. We couldn’t ask for anything more.”

During this time of transition, Corey and Kim are freeing up their schedules to make more time for travel. Corey had served on the Dows school board for 20 years and retired when the school district merged. Kim has relinquished most of her off-farm obligations but continues to serve on the Iowa Specialty Hospital Board. They enjoy following the Iowa State Cyclones to Bowl games and other destinations. They have greatly enjoyed making spontaneous trips and have especially enjoyed visiting Matt in Boston.

“We love traveling, trying restaurants, experiencing other cultures and visiting farming operations in other places,” says Kim. Today they’re sharing with us one of their favorite game day recipes of Sausage and Cheese Egg Roll Wraps.

*Special note: These are not egg rolls in the traditional sense. They are great for an appetizer or breakfast and are easy to modify. They are a fan favorite for tailgating at ISU games. I usually make two batches – one with veggies and one without. You can also add cayenne pepper, water chestnuts or adjust the cheeses to your taste.