When people eat, they want to feel connected to their food.

This simple premise is what prompted fifth-generation, Iowa farmer John Maxwell to open the doors to Cinnamon Ridge Dairy. He began offering farm tours in 1997 when John Deere heard he had won the National Outstanding Young Farmer Award.

“I’m not afraid to take a risk,” said Maxwell in a 2013 Agri-View article, who took a risk by opening his working farm to the Deere tours. He expanded from there, providing educational tours as requested for guests hosted by other agribusinesses. He also since branched out by working with foreign tour and travel companies, including American Queen River boats and Viking River Boats. 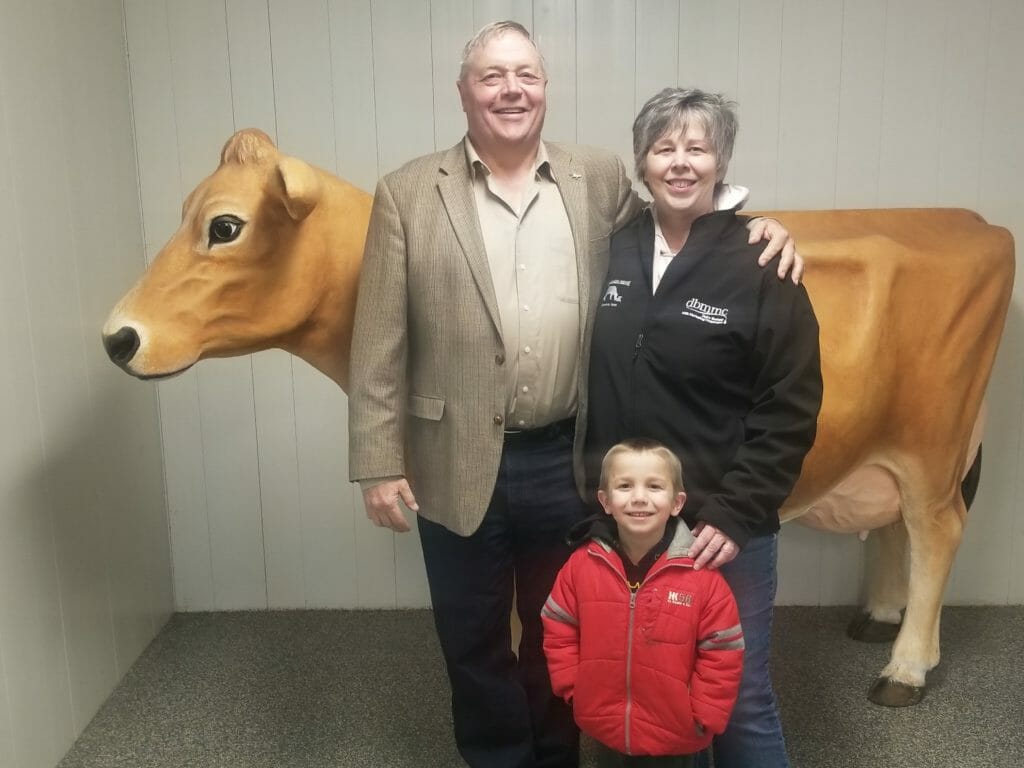 John and Joan Maxwell with their grandson during a farm visit in March 2021. Photo credit to Darcy Maulsby.

Nestled in the rolling hills of Scott County, the farm’s proximity to the Mississippi River provides a convenient location for many tour groups. John and Joan Maxwell are gracious tour guides with a great story to tell. Their modern farm is committed to sustainability, and its picturesque landscape is second to none.

“The Mississippi River used to flow a mile north of here,” explained John during my recent visit to his beautiful farm. “The glacier choked off the river and crested the ridge. I named my farm for this ridge and the cinnamon-colored cows we raise.” 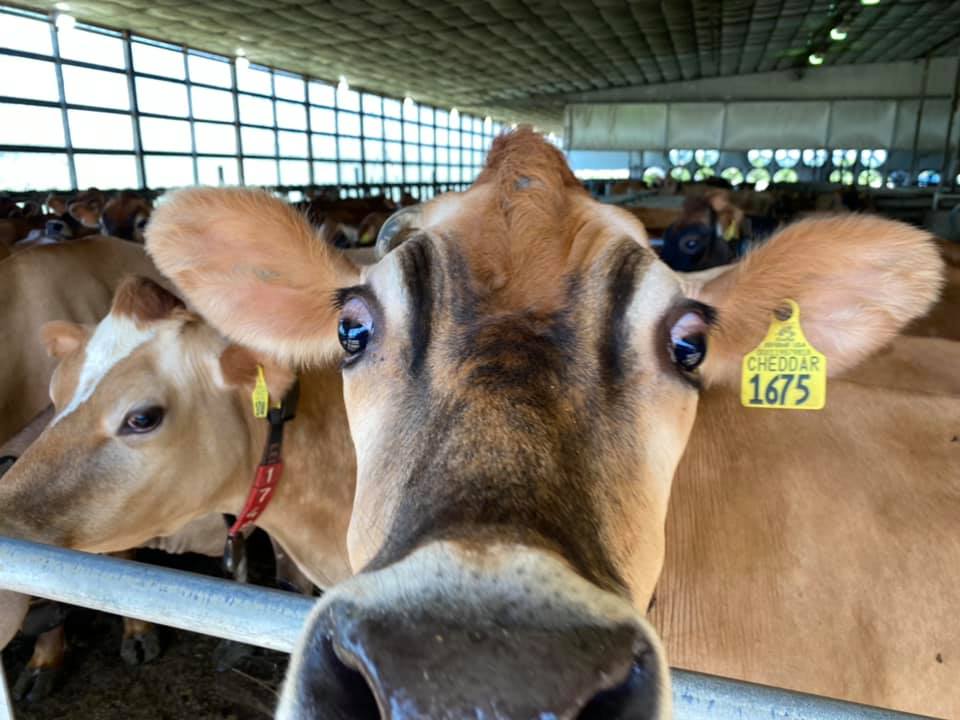 One way the Maxwells easily track lineage is by using a unique nomenclature to denote a family of cows. For example, “Cheddar” is from the cheese family. She is one of Cinnamon Ridge’s top cows based off of DHIA records. Offspring in her family have names like Brie and Gouda.

Amy purchased her first heifer at age 9 from the Pot O’Gold Sale. Numerous descendants from that heifer remain in the herd today, including Cinnamon Nitro Noble-ET, Excellent-90% (a.k.a. “Noble”) who set the nation’s top 305-day milk record for 2020. Also in 2020, Cinnamon Ridge Dairy was named the nation’s top herd for milk and protein production on both an actual and m.e. basis for the second consecutive year. Due to their high-quality milk and their success in the show ring, older cows from Cinnamon Ridge Dairy are sold for their genetics. 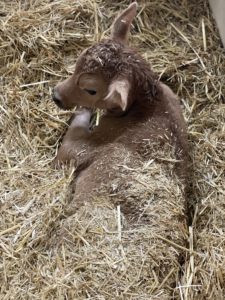 Farm guests can get a picture of success. An upper-level conference room featuring large picture windows overlooks the free-stall barn, so farm guests have a bird’s eye view of contented cows. Cows can choose to have their back scratched by Luna brushes, get milked, or lounge around on beds of soft sand.

“We like to see one-third of our cows eating, one-third standing and one-third lounging,” explains Joan Maxwell, who married John in 2013. An RFID tag on each cow’s neck records milk output, as well as temperature and 122 data points, which Amy studies to monitor herd health.

When he saw farm visitors peering inside his kitchen windows, John decided to start offering farm-to-table meals in addition to barn and farm tours. Guests dine on farm-raised foods like steaks, grilled pork chops, burgers and shredded beef, as well as homemade bread and baked goods.

Providing homecooked meals for bus tours of 50 people takes a lot of time. John wants to create a family atmosphere, as well as practice sustainability, so he serves guests using real plates and silverware. To provide this high level of service, he hired part-time help to prepare and serve the meal. These ladies also bake the delectable, signature cinnamon rolls that sell out as quickly as they hit the on-farm store’s shelves. Fresh baked rolls, cookies, bars and quick breads are stocked at Cinnamon Ridge Dairy’s roadside stand by 6 P.M. on Thursdays.

Providing guests with a wonderful experience is top priority for John and Joan. They know the food they serve and sell, the appearance of their farm, and their hospitality all factor into a great customer experience. Handouts and dairy recipes are available inside the dairy barn and conference room.

Today I’m sharing with you one of those recipes for Unicorn Smoothies, which was named by their four-year-old granddaughter, Aubrey. Because Cinnamon Ridge produces artisan cheese and meats on their farm, we’re also providing this link to a feature story by Iowa Food & Family Project with tips for creating craveable cheese boards.

Combine ingredients and blend until smooth, adding additional milk to thin if needed.

Divide smoothie into 4 glasses and top with additional toppings.