Leora’s Letters: The Story of Love and Loss for an Iowa Farm Family

The day the second atomic bomb was dropped, Clabe and Leora Wilson’s postman brought a telegram to their acreage near Perry, Iowa.

One son was already in the U.S. Navy before Pearl Harbor had been attacked. Four more sons worked as tenant farmers with their father near Minburn until, one by one, they were serving their country in the military. All five of Leora’s sons enlisted in World War II. Only two came home. 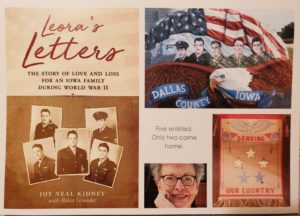 After praying that her grandmother’s losses would never be forgotten, Joy Neal Kidney felt compelled to tell their story by writing a book. She published “Leora’s Letters” in 2019. This book came out right after the Dallas County Freedom Rock, which features the five Wilson brothers, was dedicated.

“God certainly had to be behind the timing of everything. I’ve been amazed and humbled by responses to the story of a woman who lost four family members – three sons and her husband – in three short years. Grandma reframed her original yearnings of having a home of her own and family nearby to live fully for four more decades,” says Joy, the oldest granddaughter of the book’s heroine. 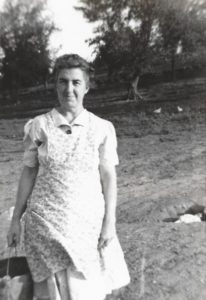 Leora’s boys asked that she mail them a photo of her with her chickens, so in June 1943 she granted their wish.

As the family optimist, Leora made time to write hundreds of letters in addition to doing all her regular chores. She kept her five sons informed of the news. She also kept up the morale of the whole family, which included two daughters who were married and raising their families in Iowa.

Leora literally wrote volumes of letters that had been saved by her children for decades. Joy says condensing the volume of letters into a readable story was a challenge.

“First, I transcribed the dozens and dozens of family letters for those who survived,” explains Joy. “Then I researched to learn what had happened to the three brothers who were lost. I began submitting essays to newspapers and magazines, and my stories were published regularly. I eventually decided the story needed to be shared more widely and in book form.”

“Leora’s Letters” is available on Amazon in paperback, ebook, and audiobook narrated by Paul Berge. Autographed copies may be purchased at the Gold Star Museum at Camp Dodge, Beaverdale Books, the Machine Shed Restaurant in Urbandale, and Adel Quilting and Dry Goods.

Writing this book has been a labor of love for Joy, who had such health challenges that she could not write for nearly two decades. As her symptoms began to lift, Joy began writing again. She attended the Cedar Falls Christian Writers Workshop and joined a community online through Write That Book.

“No matter your age, if God has given you a story to share, just begin it and don’t quit,” advises Joy. “Journal every day, find kindred spirits even if only online, ask for feedback, have an open heart for learning. Learn and enjoy sharing on social media.”

Joy plans to write a second book to share Leora’s stories during the Depression Era. She also has mapped out the story for her grandmother’s growing up years.

With Veteran’s Day approaching, it seems especially fitting to shine a light on the legacy of service to this country by Joy’s family. Veterans Day is the day set aside to thank and honor all who have served, living or deceased, so we’re paying tribute to all of the Wilson and Neal family members who have proudly fought to defend the freedoms we enjoy. 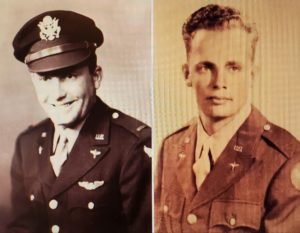 Joy’s father: Warren D. Neal, a farmer who became a pilot, retained as an instructor of advanced pilots. He was named as Commander of a B-29 at the end of the war, with a date set for Saipan and combat, when the war ended. He returned to the farm. NOTE: Joy’s mother, Doris, had dated Warren off and on throughout high school. When Doris started talking about joining the WAVES (Women Accepted for Volunteer Emergency Service), Warren was afraid they would never get together. He asked her to get married right in the middle of war. Click here for an 8-minute story on how an Iowa waitress became an officer’s wife.

Joy’s father’s brother: Willis K. Neal was a farmer who became a pilot. Combat: C-47 pilot “over the Hump.” 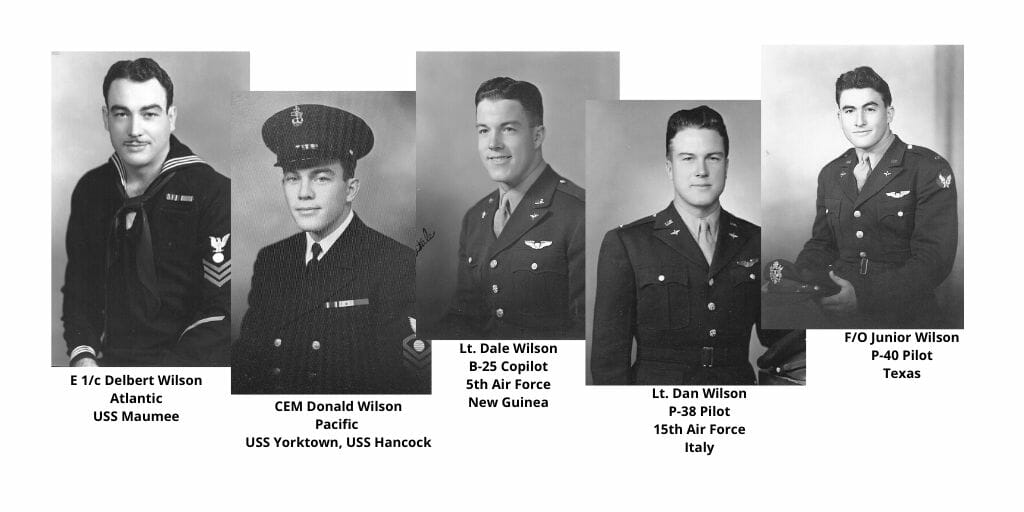 Joy’s cousin Bob Scar: Grew up on a Madison County farm and served as Marine pilot in Vietnam.

Many of the letters Leora received from her sons referenced how much they missed her homecooked meals. Like many farm families of that era, they enjoyed roast beef, real mashed potatoes and gravy with sides of broccoli and cottage cheese. Leora was famous for her Caramel-Pecan Cloverleaf Rolls.

Today Joy is sharing with us one of her favorite fall recipes for red cabbage recipe.

“I enjoy the lovely color and it’s delicious,” says Joy. It’s also a recipe those with gluten allergies may enjoy. 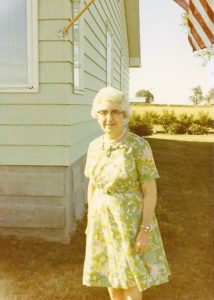 “This photo is the way I remember my grandma,” says Joy. “She is under her beloved American flag, with the little Capri bell charm that her son Danny had bought in Italy. She wore it from her watch the rest of her life.”