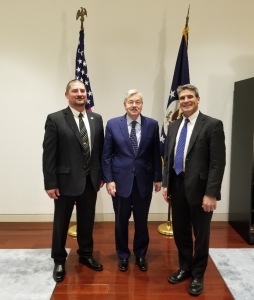 As we near the one-year mark of the U.S.-China trade war, conversations about how and when it will be resolved and its lingering implications on Iowa agriculture are ripe with educated guesses and outright speculation.

What we know for sure is that the trade dispute’s reverberations impact nations far and wide.

No one better understands the stakes – or is monitoring the situation more closely – than Iowa’s soybean farmers. That’s because they have the most to lose – or gain – from U.S. trade relations with China.

U.S. soy exports to China have fallen dramatically, down more than 90 percent during the first quarter of the 2018-19 marketing year compared to the same time one year earlier. Subsequent real and intended purchases by China of an additional 10 million metric tons has drawn merely a yawn from the Chicago Board of Trade.

Now, nearly one year into the trade war and with planting season looming, domestic soybean supplies continue building while prices remain well below the cost of production for most farmers. Add foul weather into the mix and, well, let’s just say these aren’t fun times in U.S. farm country. 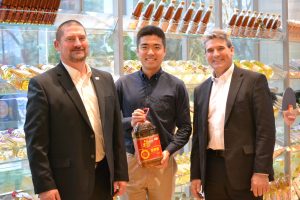 While nothing can be done about the weather, most believe something can be accomplished on trade. Yet the stalemate continues. What’s most disconcerting for soybean farmers and the industry is a complete lack of clarity or consensus about if, how and when a deal will be struck between the two countries.

I’ve visited with numerous farmers about the trade stalemate. Some are more positive than others about the situation and its short- and long-term impact on their farm and the industry. Using that approach, I organized key take-aways from time spent in China March 24-30 as a participant in an Iowa Soybean Association-led trade mission:

Some speculate that a resolution to the trade war is imminent and soybean prices will respond positively and quickly. Some believe an agreement will take years. Still others contend that even if an agreement is announced tomorrow via Twitter, the U.S. will struggle to reclaim only two-thirds of sales once made to China.

Only time will tell.

In the interim, it’s game on to find new markets, confirm new sales and make the case to the administration about swiftly resolving the trade war.