From the Field Crop Report: June 6

The race is on in Eastern Iowa to get side-dress applications of nitrogen applied before the corn grows too tall. We have had excellent growing conditions for all crops. 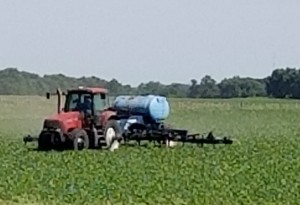 Did you plant in the ideal condition?

The photo shows what happens when planting causes compaction. Most likely, soils were too wet when this corn hybrid was planted. Problems will continue to surface all growing season long, and we will see yield loss at harvest time.

Our LH 5099 SS RIB in Northern Iowa is coming along good in corn-on-corn field. With 90-degree temps, a lot of corn and soybeans have popped out of the ground within 5 days. Corn planting has wrapped up, and soybeans are 95% done. Lots of spraying is going on now. We’re going to need some moisture pretty soon. 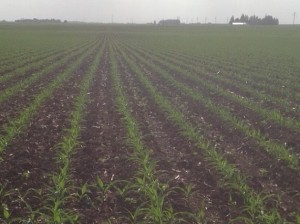 Hail fell across Webster and Wright Counties. This corn field received hail on Monday, May 28. This photo was taken Thursday, May 31. Next week I will be take another photo to see how corn progresses when its growing point is below the ground. LH 5245 VT2 PRO is at V4 to V5 stage.

A field of Latham 9600 alfalfa has been raked and is ready to bale. 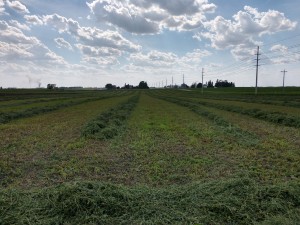 Despite late snows in April and delayed in spring planting, the cereal rye cover crop had a chance for good growth. Good cover crop growth helped prevent abundant weed growth before we could plant soybeans at the end of May.

Next fall, this farmer will seed our Driller Daikon Radish with cereal rye to help with nitrogen uptake and compaction issues. 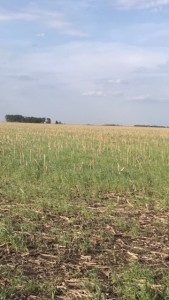 This field of Latham’s 455 TQ RR alfalfa was waist tall with less than 10% bloom on June 4.  At 10:30 the next day, it was cut. It got raked on June 5 and baked on June 6. Planting at high population led to very fine stems, which is more desirable for feeding livestock.

This field of LH 5495 3122 EZR, which was planted May 3, is turning heads in the neighborhood at V3! With a soft starch kernel, high yield potential and exceptional stress tolerance, this hybrid is a must-have for Wisconsin dairy farmers.  A perfect stand with even emergence could help this surpass last year’s yield of 35 ton/acre.

First crop alfalfa is completed or has hit the ground across this region. You can always tell when first crop alfalfa has been cut because that’s when the classics come out of winter hibernation.  This Allis Chalmers Series IV Diesel D-17 was used to rake first crop in a grower’s field.  It really is as clean and nice as it appears in this photo.

Farmers in northern Wisconsin are finishing planting corn and soybeans.  Corn is about 95 to 99 percent done. As soon as a few more acres of silage corn get planted, it will be a wrap. Soybeans are also nearing the end with 90+ percent of the acres planted.  Emergence has been good with some corn in areas 12 inches tall and soybeans about 3 to 4 inches tall.  In the first photo, you can see good planting conditions allowed for several producers to get to their first cutting of alfalfa in a timely fashion to insure good quality feed for their herd.  Last week was the beginning of the super warm summer weather reaching 100 degrees at times and some pop up thunderstorms with some hail, but no damage was reported here.  The last photo shows my daughter, Rejee Lynn, “planting” corn for the first time.  Farm big or small, teach them all!

Most of the corn has been planted and is taking off, but we’re struggling to finish planting soybeans. There are areas that actually becoming too dry. Other areas have had significant rain and hail events. Although planting is a bit behind, there is potential for some tremendous yields.

Planting conditions were great this past week throughout my region. Most farmers will be 100% planted by the end of this week. I expect the few areas that needed to be replanted also will get done this week. Many farmers are spraying their first application of herbicide to corn and soybeans. Pictured is a 160-acre field of Latham’s LH 3877 VT2 PRO corn, receiving its first application of Roundup Ready herbicide South of Barnesville, Minn.

The final corn plot of the season went in over the weekend near Gann Valley, SD. Planting continues to progress. Hopefully, we can wrap up the majority of planting by the end of the week.  Most of the state received some rain Friday, and it was a much needed rain in some areas. 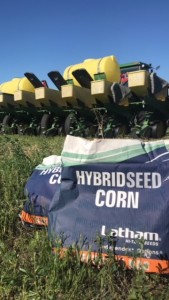 Hot and dry is the word this week. Very little rain has fallen and temperatures have been well above average. Strong winds ripped across the Plains, cutting off young soybean plants. Tens of thousands of acres had to be replanted along the James River Valley. Rain fall will be needed soon to keep the crops growing. The James River Valley has been abnormally dry the past year and continues to be dry. 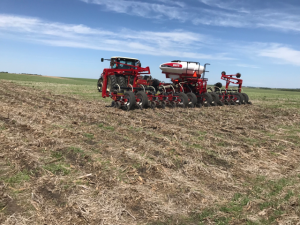 We are making the transition between planting, crop scouting and spraying for weeds and pests. If you’re scouting fields with a drone, remember that you’re sharing airspace with planes. Many times crop dusters are flying as low as 10 feet off the ground, so they cannot see drones flying in the same airspace. The law gives manned aircraft the right-of-way over unmanned drones. They are a useful tool in field diagnostics, but please use them carefully and safely. 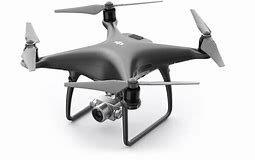 The rains we needed to save the crop finally fell last week across the northern and western parts of North Dakota. Crops that were in dry dirt now look hopeful and rejuvenated. The forecast looks very favorable with periodic rains and plenty of heat during the next 10 days. Sprayers will be out in full force. It’s truly outstanding to see both the relief and a smile come back to my customers. Planting is all but done. The final push for alfalfa is on now.

This field of LH 3612 GTA was given up for dead last week. These once puny, frail, light green sticks are  turning darker by the hour. 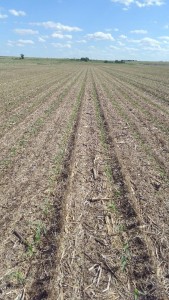