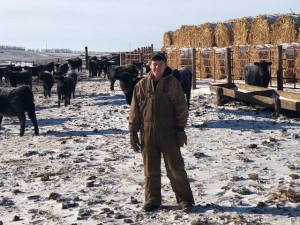 Riley Johnson is a fifth generation farmer in Webster, SD. He says his FFA Supervised Agricultural Experience helped him prepare to raise cattle and crops.

Before Riley Johnson of Webster, South Dakota, was old enough to join the FFA Organization, he was living its creed:

I BELIEVE that to live and work on a good farm, or to be engaged in other agricultural pursuits, is pleasant as well as challenging; for I know the joys and discomforts of agricultural life and hold an inborn fondness for those associations which, even in hours of discouragement, I cannot deny.

“I’ve always wanted to farm and never really had the passion to pursue another job,” says Riley. “I enjoy ag mechanics and welding, but I get to do both of those on the farm any way. I really enjoy growing crops, raising cattle and running equipment.”

From the time he was old enough to shadow his father, Riley has been a part of his family’s family operation. This fifth generation South Dakota farmer started raising crops and Black Angus cattle full-time with his family in May 2017 after he graduated from high school. The three generations that he farms with include Riley’s grandfather, Walter Johnson; his father, Larry; his uncle Wayne; and Wayne’s son, Andy.

“When I was little, I looked up to my dad. I thought it was neat to ride next to him in the big machinery. When I got older, I realized how much hard work and skill really goes into farming. You can’t control the markets or the weather, but you can do your best to raise the best crop and livestock. I like that challenge.”

In addition to working with his family, Riley farms some of his own ground and runs 26 cow/calf pairs. He has had his own cow herd ever since he was old enough to buy bottle calves from his dad. Riley also trades bull calves to his grandpa for heifers. 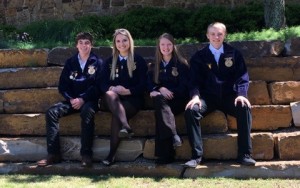 In addition to the on-the-job training Riley receives from his family members, he says the FFA prepared him well. His FFA Supervised Agricultural Experience (SAE) started in beef production and then transitioned into crop production.

“I really enjoy raising cattle because it’s a year-long journey. Our calves are usually born in April. I enjoy working with the calves and watching them grow. Then we usually put the cows and calves on pasture from the end of May through mid-October. I enjoy riding out to check on them plus I keep a close watch on pasture quality.”

Preparing for the range judging competition helped Riley appreciate the value of pasture quality. He learned to calculate the optimal number of cows to have on pasture. It also helped him become more aware of the types of plants that provide forage for his livestock and habitat for wildlife. If there are too many weeds in the pasture, then plant control is needed. It’s also important not to overgraze pasture or it will hurt the native Prairie Grouse population. 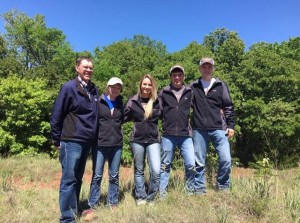 It’s impressive enough that Riley competed in range judging locally. What’s more impressive, however, is how well he and his Day County team members performed. Coached by both Riley’s FFA Advisor, Mr. Fred Zenk, and SDSU Extension Sheep Field Specialist Dave Ollila, the Day County Range Judging team qualified both in 2016 and 2017 for the national competition.

The FFA creed concludes: “I believe that American agriculture can and will hold true to the best traditions of our national life and that I can exert an influence in my home and community which will stand solid for my part in that inspiring task.”

Riley Johnson has chosen to exert an influence in his home and community.

“I like working with my family,” says Riley. “No one else cares about your business as much as you do. We all to share this experience, and we get to spend every meal together.”

Like any good beef producers, the Johnsons enjoy a homegrown steak on the grill. They also enjoy cooking with beef. When you’ve been out working cattle in these cold temperatures, nothing hits the spot like a warm lunch. Today Riley is sharing with us his favorite recipe for lasagna soup.