From the Field Crop Report: July 5

We have had a very troubling spring with the dry planting conditions, hail, and all the replants and now the widespread drought in North Dakota.  There is a lot to feel down about, so let’s just focus on the end result and the not-so-distant past with terrific results. Here are a couple of my favorites pics from last fall.

We had a slim chance of rain Tuesday evening, but unfortunately it went around us. It would sure be nice to pick up an inch or two before this week of extremely high temps. Corn is already under significant stress. 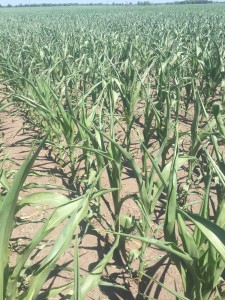 Hotter weather has moved in to our region, which is both a blessing and a curse. Crops are behind normal pace and need heat units, but many areas are extremely dry and need moisture. Damage already has been done to small grains and will likely incur to row crops this week if the needed rain doesn’t fall.

Corn was well past knee-high this Fourth of July. While much of South Dakota is in a slight to moderate drought, there are still some areas in the southeast where moisture is not yet a limiting factor. The last couple weeks of June helped catch us up on GDUs. Although we’re just a little behind last year’s GDUs, we’re ahead of the 10-year average. 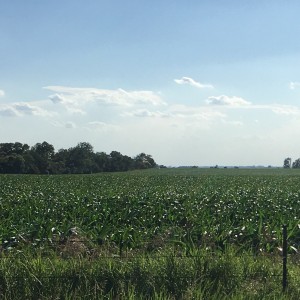 Twisted whorl, also called buggy whipped corn, is evident in the northern part of my sales region. I took these photos July 3 near Beltrami, Minnesota.

Although this syndrome is not fully understood by scientists, there is a correlation between its presence and weather patterns. Twisted whorl is often present when there has been a sharp transition from periods of slow corn to periods of rapid corn development, or from cool and cloudy weather to warm and sunny weather plus ample moisture.

In last week’s crop report, I mentioned that I’d be eager to see the results after spraying Xtendimax on Latham brand soybeans L 2184 R2X. This picture was take three days after application. The giant ragweed is taking more time, but the waterhemp has keeled over! 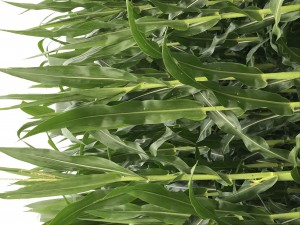 We have had excessive moisture in Wisconsin since planting began, causing many areas of fields to be drowned out or never planted.  Due to the wet spring, these Latham Seed-2-Soil Technology and Soybean SuperStrip plots were not planted until June 1 along Highway 73 near Cambridge.  With this week’s projected forecast calling for high temps, we should see significant growth in the coming days.

Now that spraying has been completed, it is a great time to scout your fields.  Identifying pests and determining a course of action now can potentially increase profits at harvest.

It was a great looking day at BA Farms! Hope you all enjoyed the holiday! 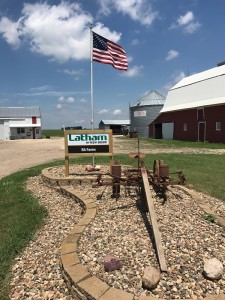 Infection and disease is more likely after crops are damaged. To help protect their injured crop, farmers often apply herbicide after a hail event. Some foliar diseases, however, do not require wounds for infection. Foliar diseases favor rainy and/or humid weather like we’ve been experiencing here in North Iowa.

This plot conventional hybrids from of Latham Hi-Tech Seeds is planted May 9 west of Chatfield, Minnesota. Corn around this area is really starting to take off thanks to the warm temps and rainfall we’ve been getting. Remember, it’s important to keep walking your fields to stay ahead of disease and pest pressure.

Potassium (Potash) deficiency appears as a firing or drying along the tips and edges of leaves.

The picture below shows some of the damage from a tornado near Prarieburg. 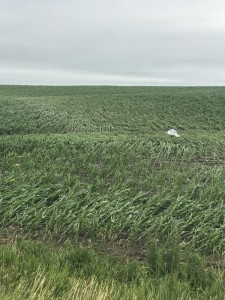 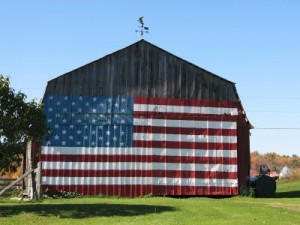