From the Field Crop Report: June 28 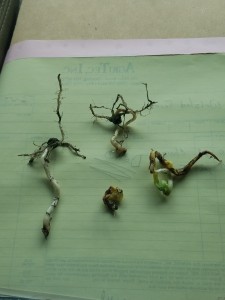 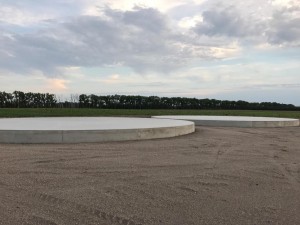 Strong and severe storms came through Northeast South Dakota last Wednesday morning. Winds of 20 miles per hour (mph) combined with a 20-minute hail storm, leaving 2.5-inch drifts, south of Watertown. Crops and buildings were completely destroyed. There is still a fair amount of replant being put in due to the hail and poor stands from lack of moisture. 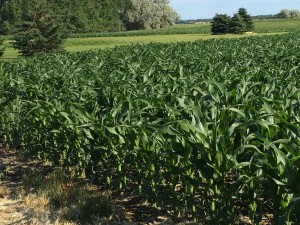 This field of Latham 4454 VT2 PRO RIB was planted April 15 near Glyndon, Minnesota. According to an old farm adage, having corn knee-high by the Fourth of July was an important bench mark for your corn crop. Growing condition have been very favorable so far, and this farmer expects to have a good crop.

XtendimaxTM was sprayed June 26 on this field of Latham® Hi-Tech Soybeans L 2184 R2X. This photo shows glyphosate-resistant waterhemp and giant ragweed, so we’re eager to take a look at this field next week! 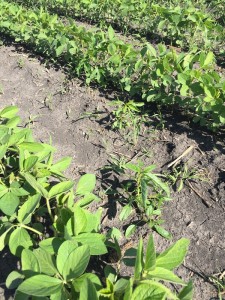 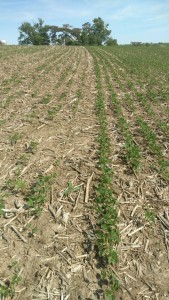 This photo emphasizes the important of planting into good soil conditions. Click here for Top 10 reasons to avoid soil compaction.

We continue to receive plenty of rainfall in Northwest Iowa along with cooler temps. Heat degree units would be beneficial! 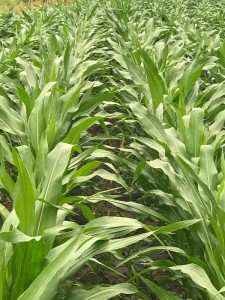 It’s that time of year when Iron Deficiency Chlorosis (IDC) rears its ugly heads. Not all soybeans have the defensive package needed as evident in this field planted to a competitor’s soybeans. Keep in mind that Latham® IRONCLAD is Your Best Defense Against IDC. 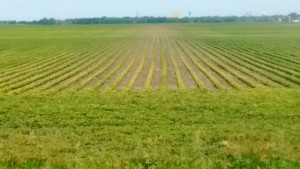 This Latham Soybean SuperStrip plot was planted May 13 north of Blooming Prairie, Minnesota, We have received adequate rainfall so far this growing season. In fact, corn and soyean fields have really changed during the last week to 10 days. It’s been amazing to watch how quickly the replanted acres have caught up with the rest of these fields. Remember to scouting your fields. Mid-season scouting is necessary to stay ahead of weeds, insects and pests! 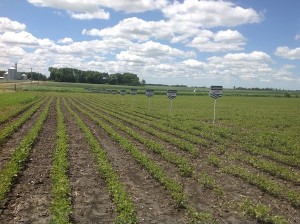 Lots of spraying has been taking place in West Central and North Central Iowa this week. Here’s we’re spraying Liberty beans near Woolstock, Iowa, during a beautiful sunrise. 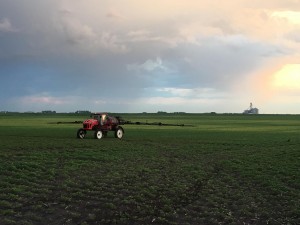 Iron Deficiency Chlorosis is showing up in some soybeans fields in the area. Remember, your best defense against IDC is planting IDC-resistant soybean brands. Latham Hi-Tech Seeds makes that easy to do with our IRONCLAD designation. These soybean fields near Story City, Iowa, are planted to Latham® brands L 2084 R2 and L 2228 R2.

In last week’s crop report, I began talking about the evasive weed of Palmer Amaranth. This aggressively invasive weed was found in only 5 of Iowa’s 99 counties at the beginning of 2016 but has spread to more than half the state’s counties now. Early identification is key to managing Palmer Amaranth, which is nearly identical to waterhemp.

Another noxious weed that’s drawing serious attention is Wild Parsnip, which is commonly found in Iowa road ditches. Wild Parsnip might be confused with a wild flower, but don’t cut it for a bouquet! Touching this poisonous plant could land you in the emergency room! Sap on the plant causes a reaction on skin that turns into painful blisters, boils and scarring. Experts say if you do come into contact with the plant, to wrap up the area immediately to protect it from sunlight.