From the Field Crop Report for April 26 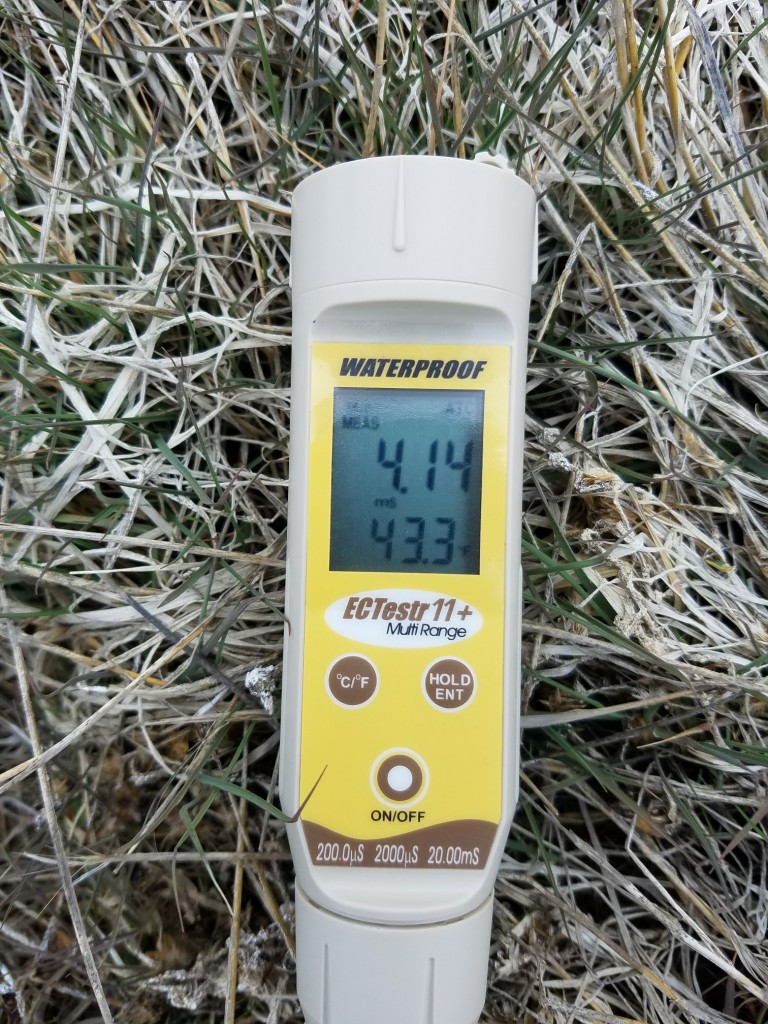 As part of our FieldxField crop planning for alfalfa, we test for electro conductivity in soils. As is the case in this particular field with a high reading, we will plant LH 9300 ST salt tolerant alfalfa.

Temperatures around Enderlin, North Dakota reached 50 degrees, but a cold front moved in Saturday night. Snow fell across parts of northern Minnesota and the Dakotas, so it’s not planting weather here now. Mostly small grains have been planted. Soil temperatures need to rise and fields need to dry before corn planting gets underway. 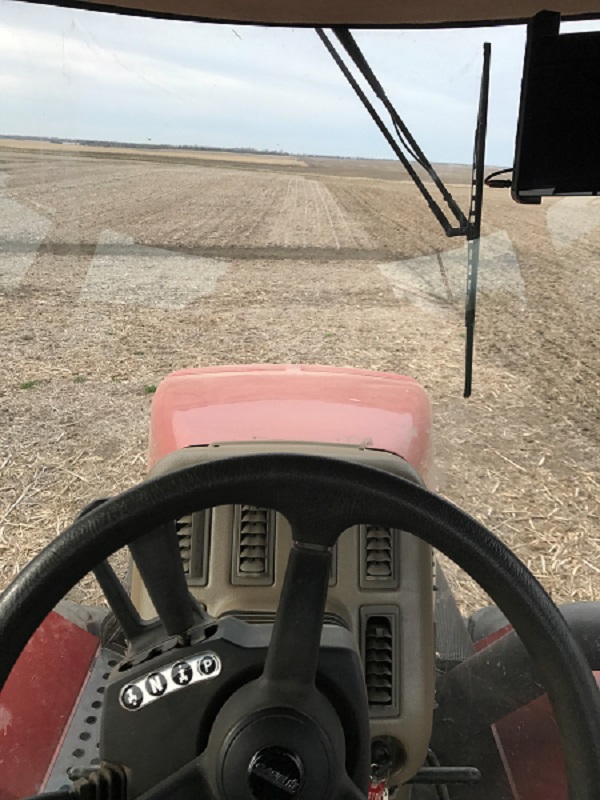 Very little progress in Northeast South Dakota this past week. Some fieldwork being done, small grains still being seeding and a handful of growers started on a little corn. Very cold this week and growers are waiting for warmer weather and soil temps. Current soil temps are lower 40’s.

When it 37 degrees and overcast on the prairie, the seed sits safely in the shed. 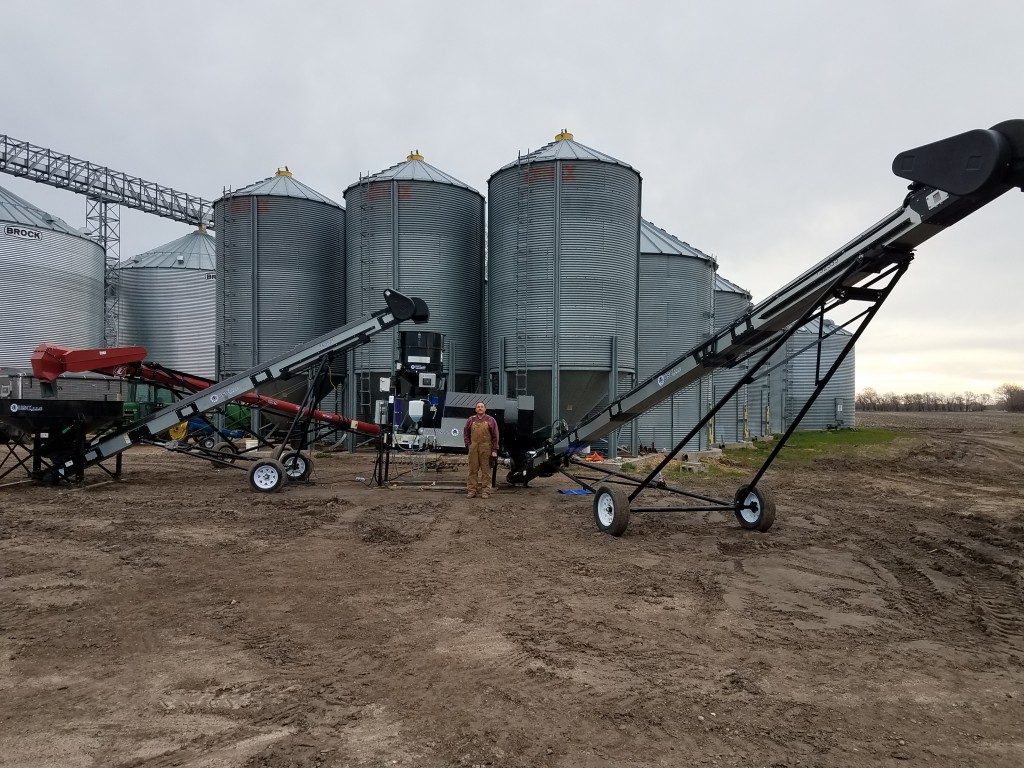 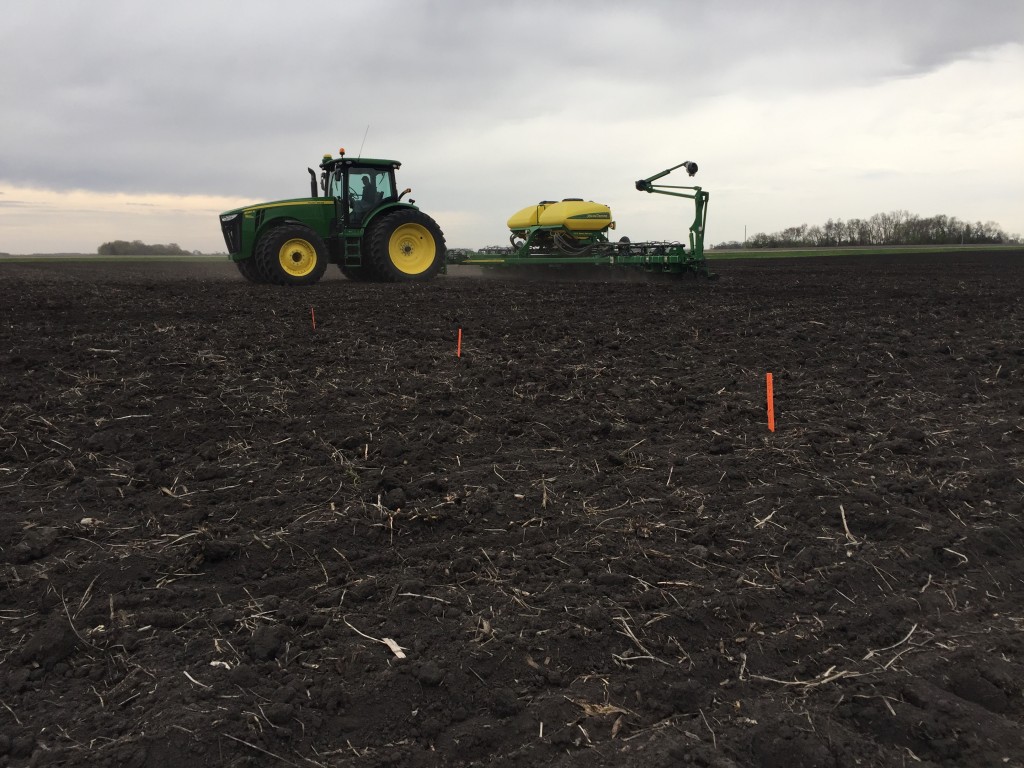 A Latham corn SuperStrip plot went in the ground near Morgan, Minnesota this week. These tests, which are proprietary to our company, play a key role in helping us select our product lineup as existing and experimental products are tested across multiple locations each year.

In northern Wisconsin, farmers are waiting for the cover crops to be sprayed before they begin planting. This farmer experimented with multiple ways to seed cover crops in 2016. He seeded this rye with an airplane into standing soybeans about 2-3 weeks prior to harvest. Now that the soil has dried, spring fieldwork is underway and the first Latham corn plot has been planted south of Monroe, WI! 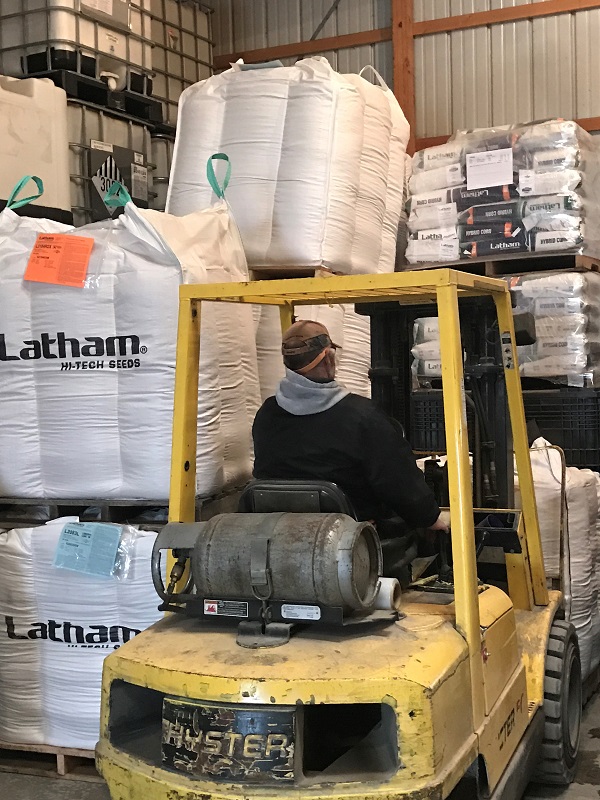 One of our new dealers prepares to deliver seed and treat soybeans.

Pictures above display soil temperatures dropping at a rapid pace. 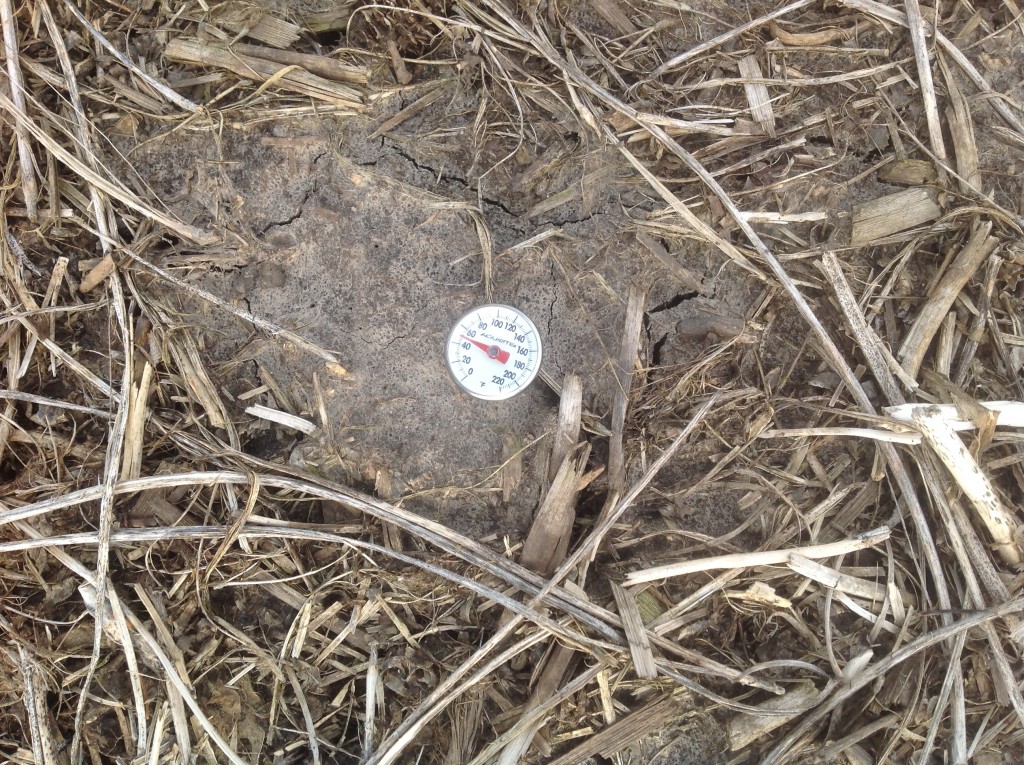 Farmers across my territory are being cautious about planting because weather conditions could favor imbibitional chilling. Chilling effects are more severe when seeds are planted into soils 50 degrees F and then absorb colder water within the first 24 to 48 hours after planting.

#Plant17 is taking place in Eastern Iowa! In addition to fieldwork, new this week is a 14 hybrid plot put in by Iowa City.

When the calendar pages turn toward the end of April and seed corn is sitting in the shed, many farmers feel anxious about getting seed in the ground. Yields will be better when seed is planted into warmer soil at a later planting date than they will be if soil temperatures drop and cold rains fall shortly after planting. The biggest threat of imbibitional chillingis 24 to 48 hours after planting. When seed absorbs water colder than 50 degree F, loss of seed vigor and death may result. 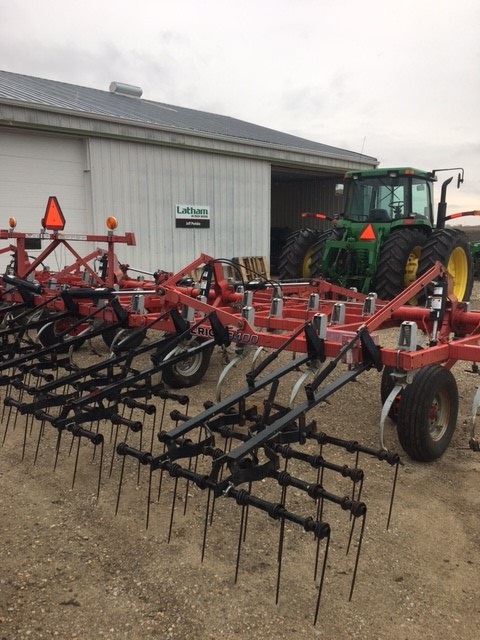 Colder temps and forecasted rain has slowed corn planting across Central Iowa. You don’t want that first drink to be a cold one! Imbibitional chilling can have a big impact on corn yield potential. 24 to 36 hours after planting is critical; a chilling effect can occur when seed imbibes, or absorbs, water colder than 50 degrees Fahrenheit. 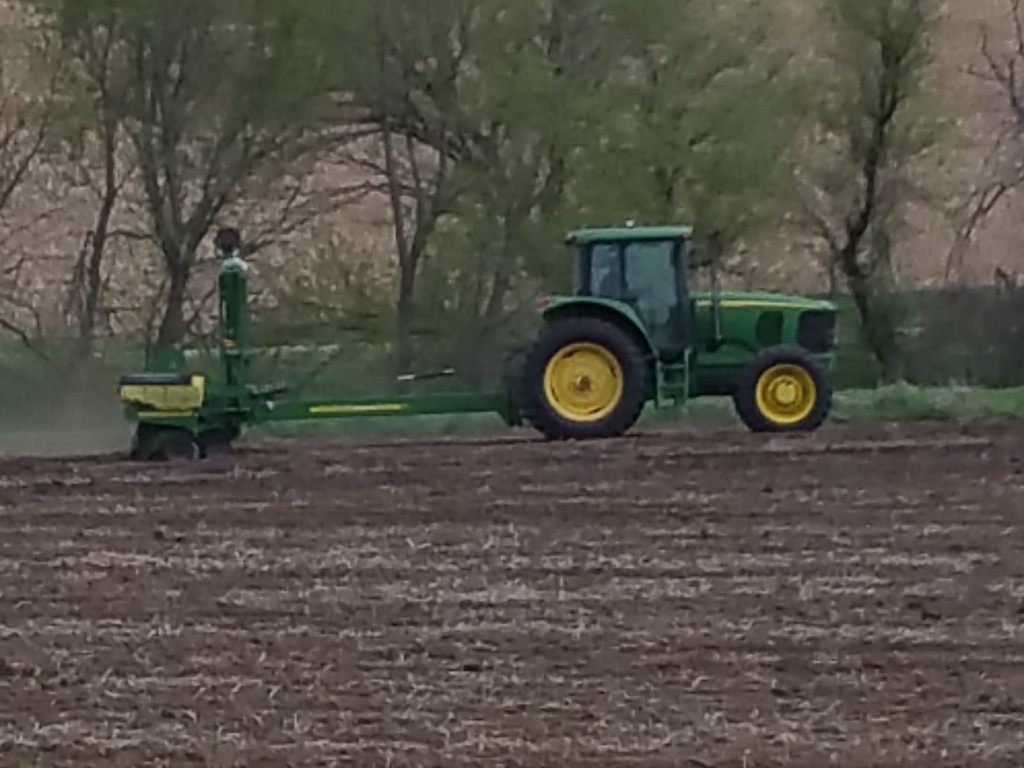 This plot cooperator finished corn #plant17 when this Latham plot went in the ground.