Memories Made into a Legacy in Floyd, Iowa 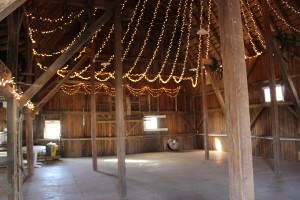 As I stepped out of the truck, I greeted by a seed seller with a warm smile and a firm handshake. After a short introduction, Jon Gisleson reminisced as we walked through the barn. He shared that he and his wife were married here and their daughter also was married her in the summer of 2016.

Some may say the charisma and a polished introduction is bound to happen after years of selling seed, but it was easy to see that Jon is a person of true character. He works hard and enjoys life’s simple pleasures. Flashback 42 years ago and get a glimpse of Jon in his first year of selling seed.

In 1975, the Gisleson family had extra silage and decided to make the best of it! They bought a trailer and fed out heifers. They also lost $40/head, so Jon started selling seed. Maynard Rake, a neighboring dealer, recommended the Gisleson’s inquire about a Latham® Seed Dealership.

Jon says adversity turned into opportunity. He probably wouldn’t have considered a seed dealership without the need to supplement his income, yet it’s turned out to be something he really enjoys. Jon enjoys building relationships by providing dependable service and products. Through his years of selling, he worked as a dealer under Regional Sales Managers Tom Latham for 10 years and John Latham for two years.

“The Lathams have always provided me with the most consistent soybean products,” said Jon. “They have been off-the-charts consistent for 42 years and counting.” After selling in the seed industry for numerous years, he’s learned “you can’t just be good, you need to be better.” 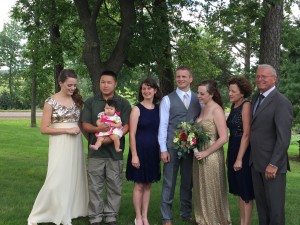 There’s no doubt that Jon learned that valuable lesson from his father. Jon and his wife Ardis, who goes by Adri, live on the Gisleson century farm where his great grandfather settled in 1895. Jon smiles as he says he never thought he’d marry a high school English teacher and Ardi never thought she’d marry a farmer, but they’ve made it work for 33 years.

Jon’s son, Max, spends his days 284 feet in the air working on wind turbines. He and his wife, Nicole, have one daughter, Jaceil. Max also plays a vital part on the farm by helping after work.

Jon and Adri’s recently married daughter, Annie, is an Iowa State University (ISU) graduate and works in Kansas City. Their second daughter, Sarah, graduated from the University of Iowa and recently completed an accelerated nursing program in Des Moines.

Jon is not only a successful farmer, husband and dad, but an involved community person and a role model for many. He serves on both the Floyd County Soil and Water District and is an alternate regional director for Conservation Districts of Iowa. He also serves on the Osage Elevator Board of Directors.

Leading by example is one way that Jon has been able to leave a meaningful mark on his family and those around him. Today’s we are sharing one of the Gisleson’s favorite family recipes for Hawaiian Pork Marinade, which goes great smothered over a pork tenderloin!

Combine ingredients, cover 2 lbs. of pork tenderloin or pork chops, and refrigerate for at least 2 hours or overnight.  Baste pork with marinade as you grill it.