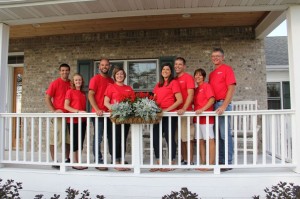 The foundation of any family is built on the values instilled by parents and others from previous generations. Greg Mair of Wisconsin found his passion thanks to the butterfly effect. Simply described, the butterfly effect is the final product stemming from small occurrences leading to a new set of experiences. His story begins with his great-grandparent’s decision to farm in 1914.

Greg’s roots run deep in Janesville. After obtaining a business administration degree from the University of Wisconsin-Stout, he returned to Janesville where he spent seven years in Maize Research and Development and developed a strong agronomic background. 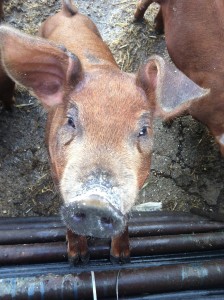 When he was young, Greg didn’t have his sights set on “the perfect career.” He knew he enjoyed working outside and learning about agriculture. It wasn’t until his parents took over the operation in August 2004 that he realized the broad opportunities in the agricultural field. He worked part time at a greenhouse in Janesville while he attended high school, which also helped lead him down an agricultural path. After realizing his passion for agriculture, Greg focused on his passion and pursued a career around what he loves.

Greg’s parents, Brad and Linda, have been invested in the family farming operation since 2000. They grow corn, soybeans and wheat while raising beef cattle and pigs. Known for finding the positive in all situations, Brad turned bad news with his job into an opportunity. After the closing of the General Motors plant in Janesville, Brad knew this was his chance to do what he had always loved.

Brad’s love for his family and farming transitioned down to Greg. Greg is married to Holly, whom he met during his freshman year of college in a math class.  They got married in a barn in 2012, surrounded by a small group of family and friends. Greg and Holly have a two-year-old daughter, Finley, and are expecting another daughter in March. Holly is a 7th grade language arts teacher at the middle school in DeForest. 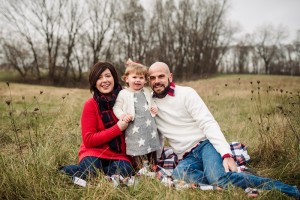 As a family, they enjoy taking getaways to Door County, which always include a stop to see the beloved home of the Green Bay Packers at Lambeau Field. They like to try new restaurants, spend time outside playing with Finley, and going to flea markets for Holly to find inspiration for craft ideas!

Greg joined the Latham sales team as Regional Sales Manager in Wisconsin. With his love of family and agriculture, we believe he’s a great addition. One reason Greg joined Latham is because it’s an independent, family-owned company

“As a family owned company, Latham has the farmers’ best interests at heart and genuinely cares about delivering customer value,” says Greg. “I’m really excited about working with dealers and customers here and look forward to help plan for the 2017 crop year.”

Greg and Holly want to raise their family on a farm of their own where they can have their own beef cattle and pigs. Greg reminisces the best times growing up were helping his great uncle, Fred, on the farm.

The Mair family is always cooking up a good meal in the kitchen. No family dinner is complete without dessert.  Give their tried and true Banana Bar recipe a shot!

In a mixing bowl, cream butter & sugar. Beat in eggs, bananas & vanilla. Combine the flour, baking soda and salt; add to creamed mixture and mix well. Pour into a greased 15x10x1 pan. Bake at 350 degrees for 25-30 min. Done when toothpick inserted into center comes out clean.