Flying the Fields with Kody Trampel

Billed as the “smartest flying camera,” the Phantom 4 has five cameras for improved stabilization and obstacle avoidance. This is an attractive feature for new pilots worried about crashing on their first drone flight, plus it’s advantageous when shooting tight close-up shots.

“Since I’m a rookie pilot, I chose the Phantom 4 because it has sensors on all four propellers,” says Kody, an 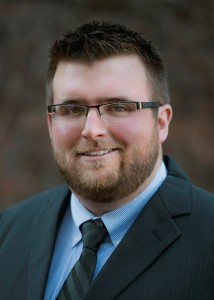 agronomy specialist with MaxYield Seed. “This drone will sense an object in its flight path, ascend and fly over it, and then return to its original route. They made it virtually dummy-proof and that’s good for new pilots like me!”

Another advantage of the Phantom 4 is that you get 25 percent more flight time due to extended battery life.

“I decided to bite the bullet and purchase a drone because I think this drone will give me a competitive edge,” says Kody. “I also think it will make crop scouting a lot more fun. No one really wants to walk deep into a tasseled field of corn when the thermometer reads 90 degrees. Now with the drone, we can scout a 160 acres in a matter of minutes.” 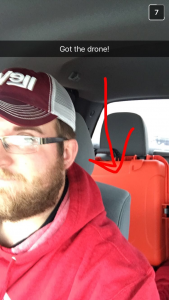 Kody believes the drone’s eye view will enhance, not replace, physically scouting fields. He plans to take photos and then return to his office where he can study those images in detail. If he pinpoints a problem area, he can then return to a particular part of a field where he can focus his scouting efforts.

Because his drone arrived during #harvest16, Kody’s thoughts were focused on how the Phantom 4 might help him and his farmer-customers develop harvest plans.

“Harvestability can be an issue,” says Kody. “We can keep an eye on the fields all season long and constantly monitor standability and stalk condition. I’ll be able to help my customers prioritize fields for harvest. If I see a field that looks suspect from the air, I can then walk into it and do a pinch test. I’ll also be able to take crop notes. For example, I might notice that one particular hybrid number is prone to dying back or doesn’t have good late-season intactness. That will not only help my customers develop harvest plans but it could help them with seed selection and/or product placement in future years.”

Technology is always evolving, so it’s important to research the available products before making a purchase. Kody purchased his drone from a local dealer, who will be available to answer follow-up questions and to provide maintenance and service. The salesman was able to talk with Kody about the pros and cons of different models.

It’s also helpful to talk with others who have experience using drones. Here are links to other Latham® dealers and sales managers who have been featured in our 8-week “Flying the Field” series: