We Must Cherish Our Background and Heritage

The week my wife and I spent in Japan was a once-in-a-lifetime opportunity. I came away with many thoughts. And even though I wrote a blog post about the similarities between our two cultures, I couldn’t help but walk away from this experience realizing how everyone in the world is different. Every single one of us has a purpose in life that is unique! 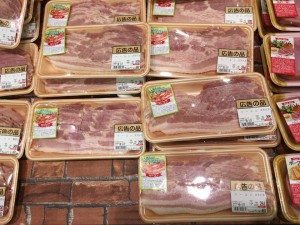 Take, for example, the four pig farmers we talked with last week in Japan. They are against trade agreements because they’re trying to protect their livelihoods. I understand what. What they don’t seem to understand is that there is unmet demand. The Japanese don’t have enough space to raise the amount of meat demanded by the country’s population.

When asked if they could sell more U.S. Pork in their meat markets, the Japanese pork producers told us our product is too fat! I know that statement is false because I have raised pork for that market. Importers are very picky about what they want shipped to them. We had to raise pigs with certain genetics. Pigs for export to Japan were fed a specific ration, and they had to be a certain weight for harvest. There’s no doubt about it… The pigs I sold to their market were very lean!

American pork producers have a tremendous market opportunity for our products if we can get our governments out of the way! That made me think about all the ways government is influencing and controlling our “standard of living.” 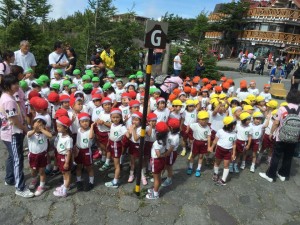 U.S. schools are very much controlled by the federal government. Our own tax dollars are being used to support standardized lessons and standardized tests. All kids are being compared to the “standard,” but I have to question whether we’re benchmarking the right stats or whether our standards are high enough! Take one trip through a fast food drive-through and you’ll realize that counting back change has become a lost skill.

Another recent example of how “standardization” is being questioned is Britain’s exit from European Union. The European Union (EU) is an economic and political partnership of 28 countries. They wanted trade and travel to flow freely throughout all their countries, so they standardized their systems. In doing so, each country lost its uniqueness!

Different regions of America also have their own unique flavor due to the influence of early settlers, as well as the natural resources and agricultural crops that are found in those area. Agriculture varies state by state, from county to county, and even from farm to farm. There is definitely “Midwest Fare,” yet traditional foods vary throughout Nebraska, North Dakota and other Upper Midwest states.

We can celebrate each region’s uniqueness yet still meld in the Melting Pot. One thing I noted in Japan is the strong sense of culture. Just like they do in different areas of Japan, we should cherish our heritage and culture! I believe some of the strife we’re seeing during this political campaign season has to do with people not cherishing their own background and heritage.

As politics heats up through November, keep in mind what direction you think our country should go. “We the People” have no power unless we talk to elected officials and let them know what we want! Our federal government was designed with checks and balances, so that no one branch of our government could become too powerful. It’s time we restore that balance!

The federal government was given very narrow powers that must be followed and enforced. You do that with your vote and your voice. Exercise your right to be heard and to vote because our livelihood depends on it.