Some of the best memories are made on roads less traveled. What I enjoy most about my job as marketing director for Latham Hi-Tech Seeds is the ability to travel the rural countryside, meet some of the world’s nicest people, experience new things and enjoy regional foods.

Each region is known for something unique. If you’re enjoying “hot dish,” you’re most likely in North Dakota. Runza is distinctly Nebraska. Minnesota, the land of 10,000 lakes, is known for fresh catch of the day and Wild Rice Soup. 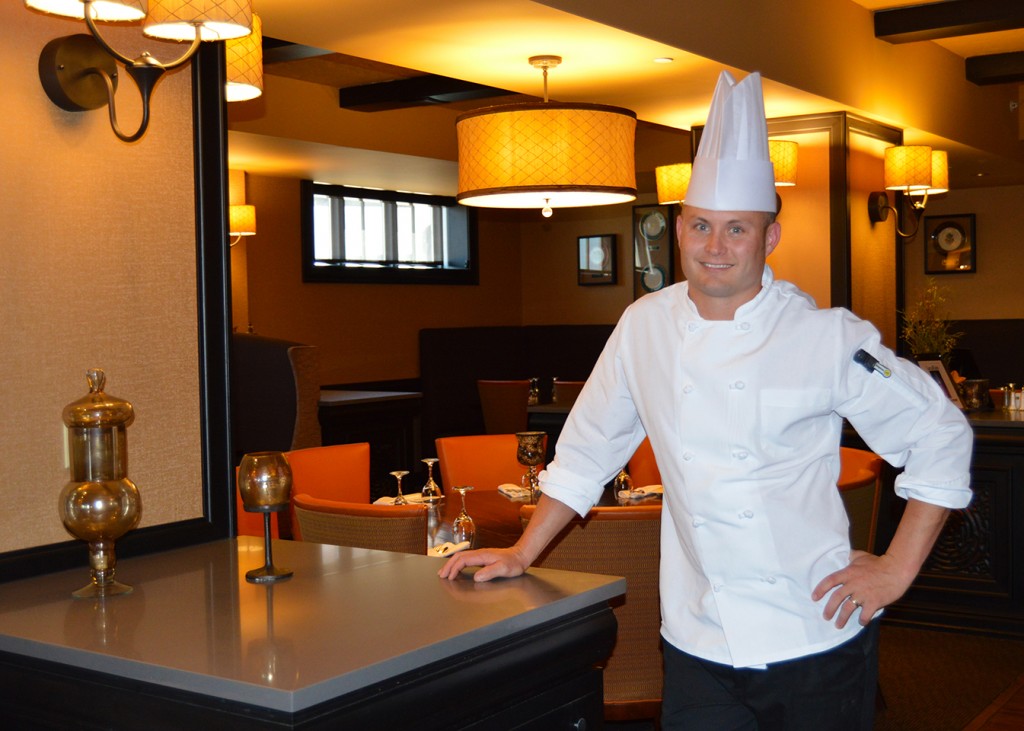 So how would you describe traditional Iowa fare? “Meat and potatoes” best describes the food scene in Iowa, but Executive Chef Jason Culbertson at the Hotel Julien Dubuque says a food revolution is underway.

“Our culinary roots are heavily influenced cuisine that our ancestors brought from Canada and European countries,” says Chef Culbertson, a Dubuque native and a graduate of Le Cordon Bleu College of Culinary Arts in Minneapolis.

“Our menus are influenced by what’s grown locally and what’s readily available,” adds Chef Culbertson. “Iowans certainly produce quality meat, but we’re definitely doing meat and potatoes in a more sophisticated, contemporary way. We’re emphasizing plating and presentation more than ever with a focus on making our dishes as aesthetically pleasing as they are delicious.” 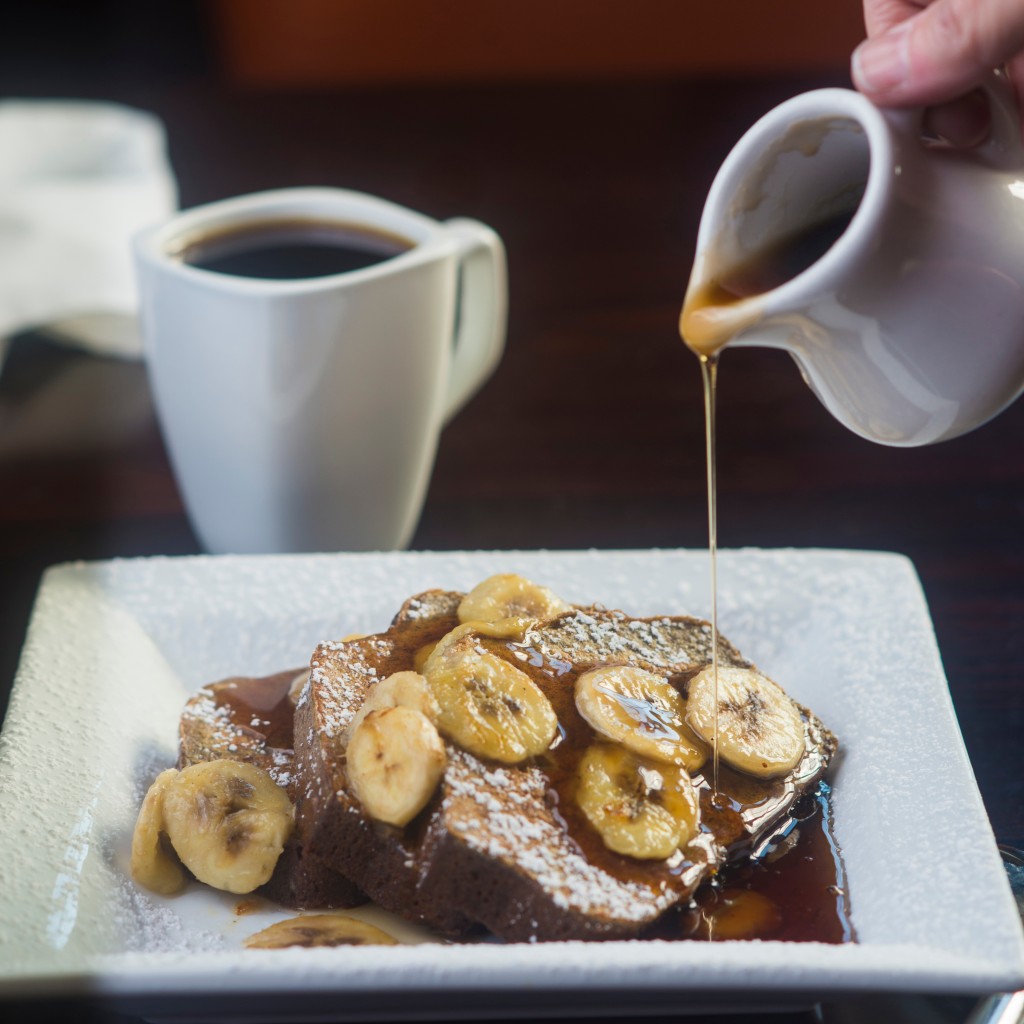 During a recent stay at the Hotel Julien Dubuque, I was treated to a stay in a luxurious Executive Room and breakfast in Caroline’s Restaurant. This trip was part of the research author Darcy Maulsby is doing for the book she’s writing on Iowa’s culinary history. Like Darcy, I enjoy learning about history and indulging in fabulous foods. That’s why I found these facts so fun: 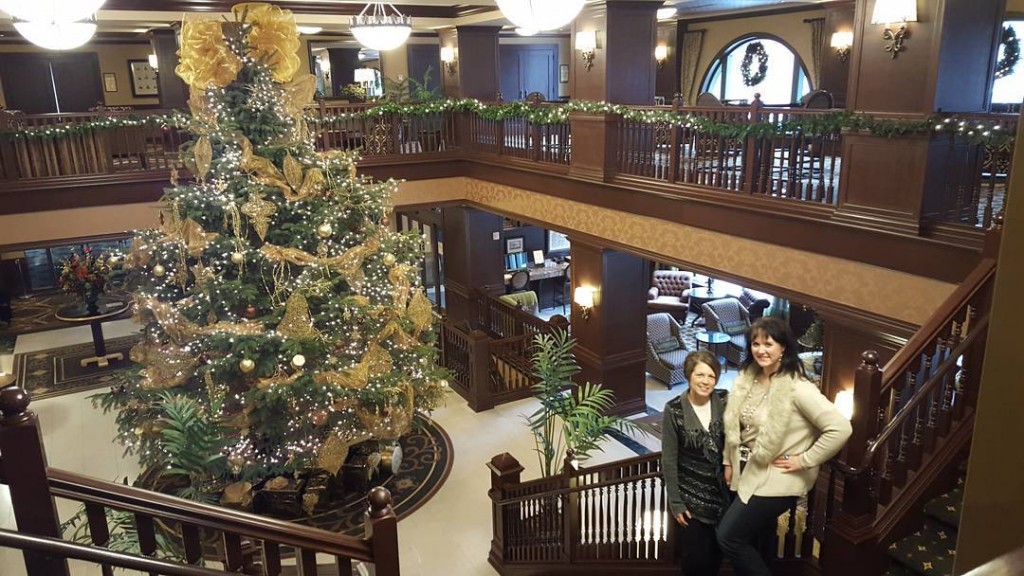 When Louis died in 1875, Caroline took over his ice business. Widowed at age 31 years with five young children to raise, this determined woman became one of Iowa’s first female entrepreneurs. Caroline is said to have followed her deliverymen around because taverns to which they delivered ice would provide free drinks to entice the deliverymen to leave a little extra ice. If an employee was passed out in his ice wagon, Caroline drove home his team of horses and wagon with her own horse and buggy in tow!

Caroline eventually bought out her partners in the ice business. She invested in downtown and riverfront property, and brought her family into the business that still exists today. What’s not to love about this type of persistence and spunk? Caroline reminds me of the many women who have blazed trails in Iowa agriculture.

In honor of the tenacity of Iowa’s pioneers, today we’re sharing with you a recipe that puts a twist on a meat and potatoes meal. I love this original recipe for twice baked potatoes from Ree Drummond of The Pioneer Woman. (You could substitute a favorite of your own.) The twist comes with spooning the twice baked potatoes into a martini glass and garnishing with green onion, shredded cheddar cheese and a cherry tomato on top. Toast the new year with a fun twist on Iowa’s favorite- Meat and Potatoes! This hearty meal is sure to hit the spot on a cold winter’s day or night.

P.S. You might find it interesting to note the Hotel Julien Dubuque was the featured on the 19th season finale of ABC’s The Bachelor, featuring Iowa farmer Chris Soules.

Preheat the oven to 400 degrees F.

Cook the bacon in a saute pan until crispy; let cool and then crumble.

Scrub the potatoes, then place them on baking sheets. Rub the potatoes with the canola oil and bake until tender, 45 minutes to 1 hour. Remove the potatoes and lower the oven temperature to 350 degrees F.

Slice the butter into pats and transfer to a large mixing bowl. Add the bacon and sour cream. With a sharp knife, cut each potato in half lengthwise and scrape out the insides into the mixing bowl. Tear up 3 of the skins and throw them in. Smash the potatoes with a potato masher. Add the cheese, milk, seasoned salt, green onions and some salt and pepper and mix together well.

Butter a baking dish, and then spoon the mixture into the dish, top with more grated cheese and bake until warmed through, 25 to 30 minutes.

Spoon the potatoes into a martini glass and garnish with a few green onions, shredded cheese and a cherry tomato.

I love this recipe for twice baked potatoes from Ree Drummond of The Pioneer Woman. You could substitute a favorite of your own. The twist comes with spooning the twice baked potatoes into a martini glass and garnishing with green onion, shredded cheddar cheese and a cherry tomato on top. Toast the new year with a fun twist on Iowa's favorite- Meat and Potatoes!