Biotech Disclosure Bill Puts Politics Aside for the Good of Americans 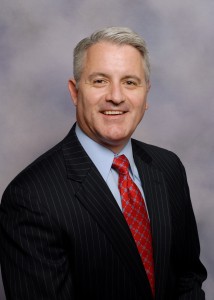 The whole GMO labeling fight in Washington was ultimately driven by one state’s misguided law which would have had repercussions across the entire nation.  We’re pleased that earlier this month Congress was able to put politics aside and reach an agreement that works for American families, U.S. farmers and seed professionals.

Specific to the seed industry, the bipartisan federal legislation preempts state legislation requiring GMO labels on bags of seed. It’s also important that the law will not stifle innovation in the seed industry. More broadly, this federal legislation protects farmers and small businesses, including seed companies, from a patchwork of costly and confusing state labeling laws. At the same time, consumers with have more information than ever before about the foods they buy.

GMO food labeling agreement is a big win for businesses, consumers and farmers. We applaud Chairman Conaway and Roberts, Ranking Members Peterson and Stabenow, Congressmen Pompeo and Butterfield, and all the Republicans and Democrats in both the House and Senate who put politics aside and came together to do what’s right for American families and farmers. Failure to do so would have had long-term, irreversible consequences on our nation’s food supply chain.

Genetic engineering is one of a wide array of safe and important tools plant breeders use to address global challenges.  Thanks to this bill, products produced through this method will not be unfairly stigmatized with mandatory on-pack labels.

Founded in 1883, the American Seed Trade Association (ASTA) represents over 700 companies involved in seed production, plant breeding and related industries in North America. ASTA is an effective voice of action in all matters concerning the development, marketing and movement of seed, associated products and services throughout the world.   ASTA’s broad membership offers varieties from alfalfa to zucchini and all production types including conventional, organic and biotech. We promote the development of better seed to produce better crops for a better quality of life