On Monday’s blog, we shared how one of the oldest Black Angus operations in the nation got its start in 1896. Today we’ll learn more about the Greiman family’s legacy from 89-year-old Don Greiman of Garner, Iowa.

Don’s grandfather, Fred Greiman, fell in love with the Angus breed for their smooth body style and excellent carcass. One day in 1896 Fred saw a poster advertising that a South Dakota farmer was interested in trading a Percheron stallion for an Angus bull. The two farmers corresponded by mail. After some months, they agreed to exchange animals. Fred placed his prize-winning Percheron stud on a railcar and eagerly awaited for the arrival of his Angus bull.

“My grandfather couldn’t wait for that bull to come in!” explains Don. “When he went to the train station, he found a ‘wild and wooly’ 400-pound bull calf in a crate. It certainly didn’t look to be a good trade at the time, but that bull ended up paying out. He was crossed with Short Horn cattle and their offspring was sold at a premium.”

When Don’s grandpa sold his first crossbred Angus-Short Horn, he topped the market. Fred was told by the buyer that he’d always be able to merchandise cattle like that.

“Grandpa’s philosophy was it doesn’t cost any more to feed good quality stock than it does poor stock, plus you’ll take more pride in your operation,” said Don. “He continually worked to upgrade his cattle operation by buying purebred Angus cows with a calf at the side.”

It was a philosophy shared by Don’s father, Addis. Addis was interested in continuing to upgrade the family’s stock, so he contacted his good friend and mentor Fred Haane for advice. As publisher and editor of the Angus Journal, Haane said, “Don’t just buy any Angus cattle. Buy good genetics. Buy Earl.”

“Earl Marshall” was a young bull that was the most prolific in the Black Angus breed and became the foundation for Greiman & Sons Cattle. Earl produced a lot of champions for Don and his brother Cliff. As members of the Elcon Midget Indians 4-H Club, the brothers exhibited cattle at several county fairs and the North Iowa Fair in Mason City.

At the age of 21, Don showed the Reserve Champion Angus Breeding Heifer at the 1947 Iowa State Fair. That year he also won showmanship and was awarded a gold watch engraved with “Wallaces Farmer presents this to the Champion Showman.” 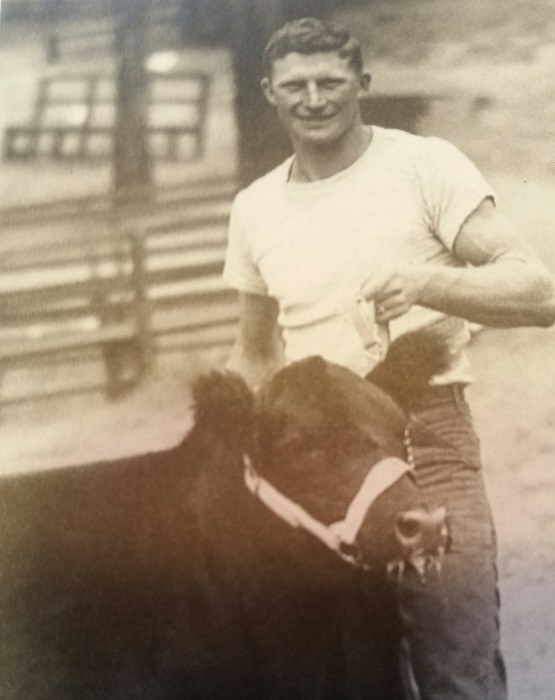 It’s no wonder that Angus beef and the Iowa State Fair has held a special place in Don’s heart. After graduating from Iowa State University through the ROTC and serving for two years at the Bolling Air Force Base in Washington, D.C., Don and his wife returned to Garner. He decided to start a county beef producers association and became its first president. This was the first of many board seats he would hold.

“At that time, purebred producers were facing a real challenge marketing the meat produced from their livestock,” explains Don. “Feedlots were springing up out west, and the meat grading system changed. We knew our Angus produced a superior product, and it was a difference consumers could taste.”

Case in point… Don and his family were invited to join an old college roommate at the new Minnesota Vikings stadium. He offered to provide the tailgate meal, consisting of his farm-raised steaks, fresh tomatoes, cucumbers and sweet corn. Also present at that tailgate lunch were board members of the Minneapolis Junior Chamber. They were so impressed with the quality of the meat that Don sold three whole beefs that day!

“We knew we were onto something,” said Don. “Judges liked how our beef hung on the rail. When our kids would enter our Angus at a carcass show, we would win. Folks like those whom we met at the Vikings game like how it tasted. We just needed to find a way to change the industry’s grading standards.”

Quality grades indicate palatability, or tenderness, juiciness and flavor of the cooked beef. The Angus Association developed higher standards for Certified Angus Beef, so Angus cattle are segregated at harvesting facilities. Then a USDA inspector goes into the cooler and grades them. To be authentic CAB, that carcass must be graded in the upper third of choice or prime.

The Certified Angus Beef label has been credited with (1) increasing the number of registered Angus cattle in the U.S., (2) providing a higher return to its producers, and (3) becoming a “destination product” for consumers.

In honor of the Greiman family’s tradition of raising Black Angus, today we’re linking to recipes featuring Certified Angus Beef. Don says it’s hard to beat a grilled ribeye. His wife, Yvonne with whom he will celebrate 63 years of marriage on June 6, says nobody makes braised beef brisket better than their daughter-in-law Mary. 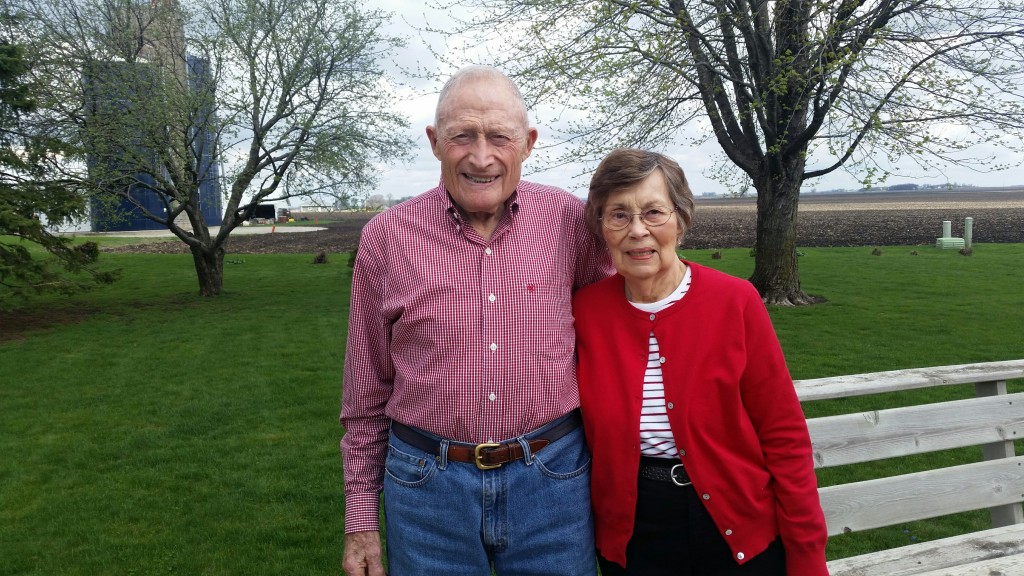 Light the grill and enjoy some beef this weekend along with a slice of Yvonne’s Swedish Apple Cake!

Cream together butter and sugar.

Then beat in eggs and vanilla.

Fold in apples and nuts.

After topping the cake, bake it another 35 minute or until done.