Many Americans cannot even describe a GMO, or genetically modified organism, yet a vocal minority wants them banned. Last week GMO Free USA singled out four female members of the Senate Agricultural Committee, urging them “as mothers” to stop any legislation that would pre-empt Vermont’s mandatory labeling law. Fear is pre-empting common sense and science! 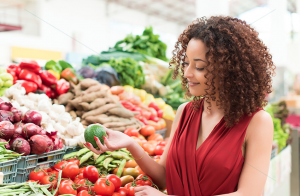 I’d like to help our elected officials get the facts…

As a farmer, I’m very familiar with genetics. My farming career has spanned more than 40 years, so I have seen how the genetics of my crops and livestock have continually improved. When I was growing up in the 1950s and 60s, we were constantly battling insects and weeds in our crops. We used pesticides that were tremendously helpful but not environmentally friendly.

New seed technology and plant genetics allow farmers to use safer pesticides at greatly reduced rates. I use much less fertilizer per pound of grain raised today as compared to when I started farming on my own in the 1970s. We now measure our pesticides in ounces instead of gallons. I also use much less water and energy to raise a crop, so production agriculture today makes fewer demands on our environment.

The livestock I raise have been feed GMO feed for 20+ years, and my pigs have made spectacular improvements in how they grow! If there was a problem with GMOs, it would surely been evident in my operation. We eat the meat we produce because I know that GMOs are extremely safe! In fact, there has not been one illness or death anywhere attributed to GMOs!

Labels are to warn us of a danger, or the nutrition in our food. I personally would like to see a ban on all food labels, which have really turned into a marketing ploy. (Have you seen Dirck Steimel’s recent article about consumers’ food confusion? Consumers are seeking foods labeled with the word “natural,” even though it’s one of the most ambiguous food marketing terms. Now the U.S. Food and Drug Administration (FDA) is reportedly pondering whether to define the word “natural” as it applies to food.)

If we must label foods – and it sounds like Congress must act to prevent a patchwork of state food labeling laws from being enacted this year – then I say “Yes” to science-based standards and “No” to anti-GMO. Studies have shown that state GMO food and seed labeling laws, like the one that would go into effect this July in Vermont, will cost American families hundreds of dollars more in groceries each year. Without bioengineered crops, the price of food would be 5 to 10% higher than it is now. (Click here to read a recent Forbes article, detailing the real cost of eliminating GMOS.) 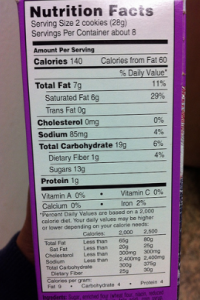 commonsense food-labeling proposal that will bring consistency and transparency to the marketplace. Food labels affect both farmers and consumers, so I urge you to take action today! Please contact your elected representatives in support of Senator Roberts’ proposal that would preempt state GMO food and seed labeling efforts and require USDA to set a standard for voluntary on-package disclosure.

Do you enjoy eating nutritious, affordable food? Then I strongly urge you to take action to enact a fair and reasonable standard for GMO labeling! American farmers and consumers need Congress to bring transparency and consistency to the marketplace while protecting consumers’ food choice.