Cupid’s Undie Run is a mile(ish) run in your “bedroom-best” and it’s coming to Mason City on Saturday, February 13! Festivities get underway with a pre-party at Music Man Square at noon on Saturday, followed by running and dancing around the downtown Mason City course plus post-race fun and awards. 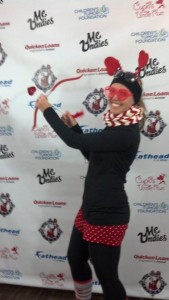 Why an Undie Run?

Neurofibromatosis (NF) is a genetic disorder that causes tumors to grow on nerves throughout the body, which can lead to blindness, deafness, learning disabilities and severe chronic pain. The Children’s Tumor Foundation is the world’s largest non-government organization dedicated to ending NF through 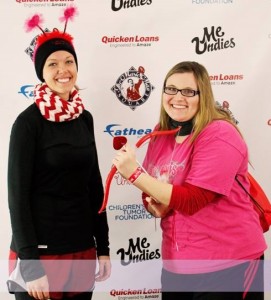 research. One family every day of the year will find their world turned upside down as they learn their child has a rare nerve disorder called NF. This news will be followed by MRI’s, doctor’s visits and therapy sessions but no cure.

Cupid’s Undie Run was created to help raise funds and find a solution to end NF through research guided by the Children’s Tumor Foundation. Undie Runners face their fears and defy cold weather to help raise funds for a cure. The first Mason City Run held in 2014 raised over $40,000 — and that was more than the Charleston, Omaha and Louisville events combined! In 2015, race director Loni Dirksen led the event to blow past their first record raising $57,000 to support the cause. While all the funding goes to support NF research around the U.S., Loni was happy to report that a majority of last year’s funds raised in Mason City were given to the University of Iowa Children’s Hospital. It’s great to know all our efforts are benefiting children right here! 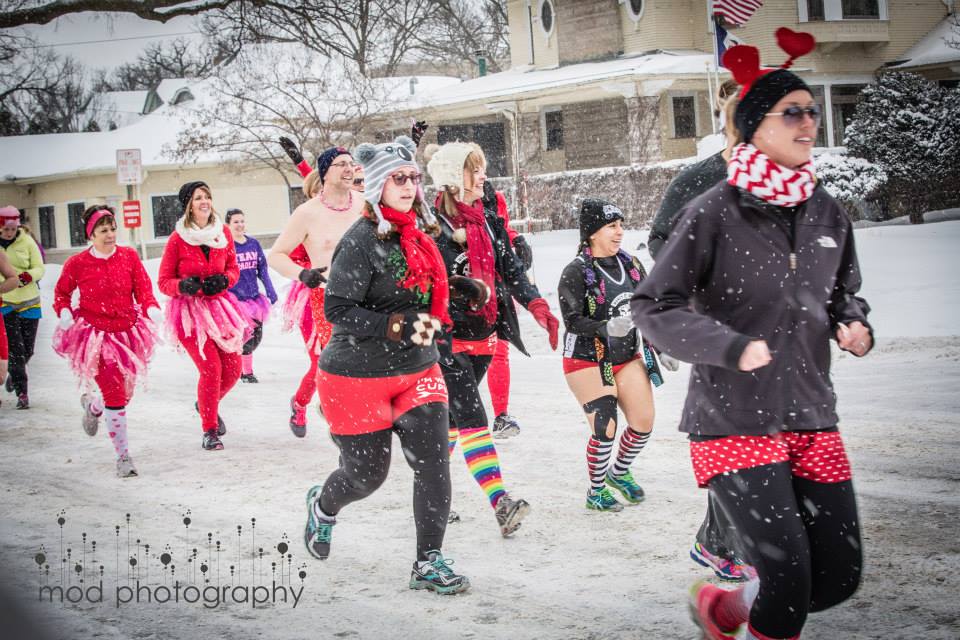 #NorthIowaBloggers are Fundraising Their Pants Off in Memory of Amy

Everybody knows running in your undies is more fun with friends, so for the second consecutive year, a few like-minded cherubs from the North Iowa Bloggers group have banded together to form a team! This year’s team is special as they are running in memory of our dear co-worker and friend Amy Hild. Amy would’ve been a three-time participant this year. It’s fitting that more are coming together to support a cause she was passionate about and remember her fun-loving spirit. 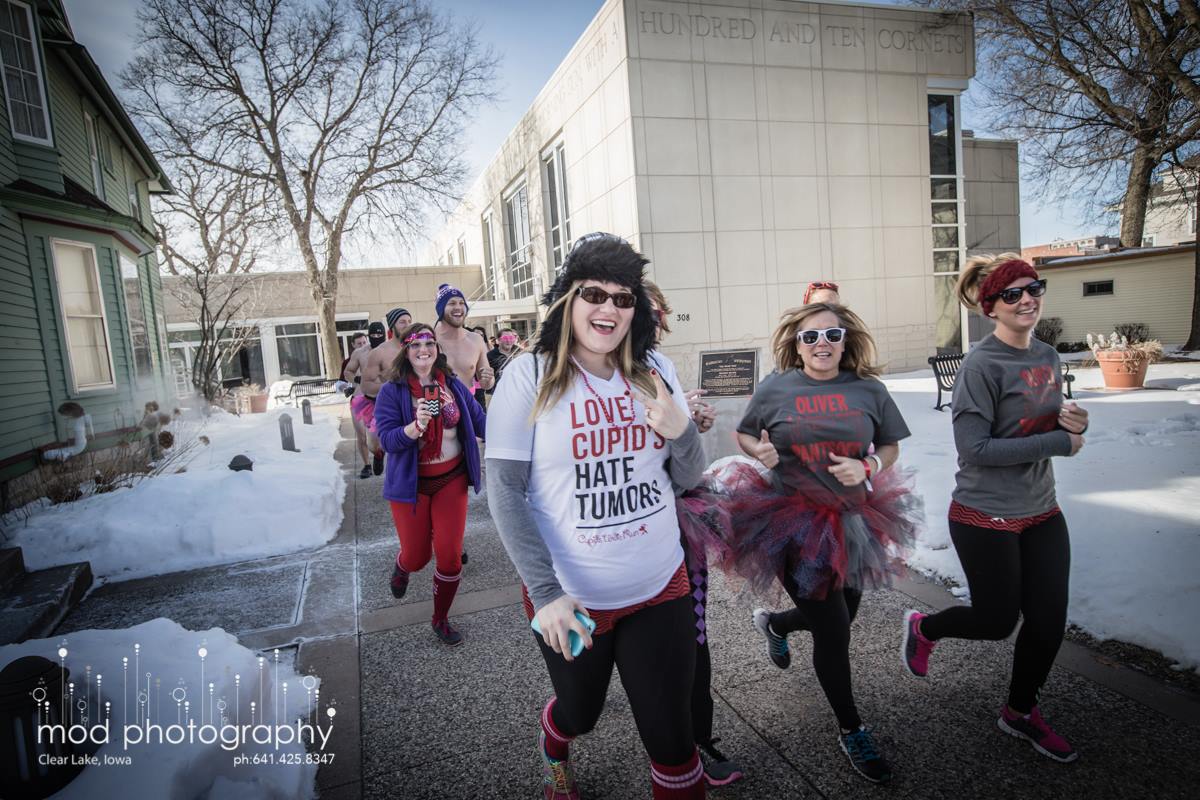 What to Expect Running in Mason City Cupid’s Undie Run 2016.

If you’re on the fence about participating, know that the Undie Run is strictly a fun run. There are no times or winners, except top fundraisers. Costumes are encouraged and are part of the fun! Some runners will be in full out skivvies, but some of us (me included in previous races) chickened out and wore winter running gear. From tutus to bathrobes to speedos and lingerie, you’ll see it all at Cupid’s Undie Run. Pack light, keeping it to only the essentials (your ID and undies!) Make sure someone in your group has a camera though to capture the hilarity as you fundraise your pants off for this great charity.

If you’re not able to join the fun during the run, you can support team #AmysGift! As of Feb 7, Undie Run Mason City had raised $43,132 with a goal of $85,000. Check out links below for more info on how you can help them reach it!