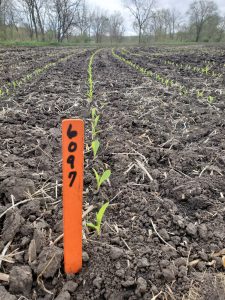 Corn planting occurred at an all-time record this spring. In Iowa in particular, we’ve experienced one of the best planting seasons in history. Recent cool temperatures throughout the Corn Belt, however, are requiring extra close attention be paid to corn fields as those cool temperatures may have caused seedling growth problems.

We recommend farmers pay particularly close attention to corn fields planted recently, as they would be the most likely to exhibit seedling rot or poorer emergence. For those in low-lying areas, frost may have been an issue, causing leaf necrsosis and delayed growth of sprouted seeds.

Listed below are seedling growth problems to scout for:

Any of the situations listed above could call for a need to replant, but be sure to assess stands before making this decision.