Subway Decides to Give Antibiotics a Fair Shot

As I sat in front of my computer in an attempt to put thoughts together about last Tuesday’s announcement by Subway to source meat from animals that have never received any antibiotics, irony struck me. That same day my son was home sick because he had a sore throat. The soreness worsened and he developed a fever, so my husband took him to the doctor. Our son was diagnosed with strep throat. Obviously, a prescription was in order to get him on the mend.

The safety and wellbeing of their children is the #1 priority for parents. Because you can empathize with other parents, you want to quickly stop the risk of your child spreading the illness. The same feelings are shared by livestock producers, who strive to be the responsible caretakers of their herds and flocks.

Raising crops and livestock is something we take personally! My earliest memories include wrapping newborn lambs in blankets and placing them under heat lamps when they got chilled on a cold Iowa winter’s day. We’d sometimes bring sick lambs into the porch, so we could nurse them back to health.

Last fall my favorite doeling became deathly ill, so I called the vet. Although I gave her medicine and prayed for her to get better, Bambi’s life didn’t have a storybook ending. I’ll admit that I cried when my dad buried her. Again this spring, one of my daughter’s newborn goats caught pneumonia. We treated her the best we could and we willed her to get better.

When you spend that much time and energy taking care of something, you’re bound to be personally invested. That’s why when farmers’ motives or priorities are questioned – when their methods are criticized by non-farmers who haven’t even engaged in a conversation – advocacy is in order!

My Facebook news feed last Tuesday (Wednesday, Thursday and Friday) was filled with personal experiences of my farmer friends, as well as related blog posts from industry advocates. Here are just a few posts that recap the situation and give personal insights into family farming operations: 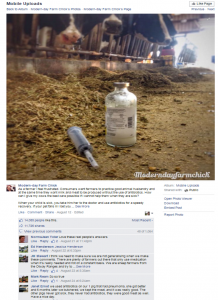 That said, we recognize that antibiotics are critical tools for keeping animals healthy and that they should be used responsibly to preserve their effectiveness in veterinary and human medicine. Our policy is that antibiotics can be used to treat, control and prevent disease, but not for growth promotion of farm animals …”

I can support Subway’s revised policy, which basically requests its suppliers to follow the U.S. Food and Drug Administration’s guidelines. It also requires their suppliers to consult with a veterinarian before implementing antibiotic treatments, as well as keep accurate medical records. Subway can “save face,” but even nine-year-old 4-H members are taught to follow withdrawal periods before animals are sold for meat, and “recordkeeping” is a paramount on a farm of any size. 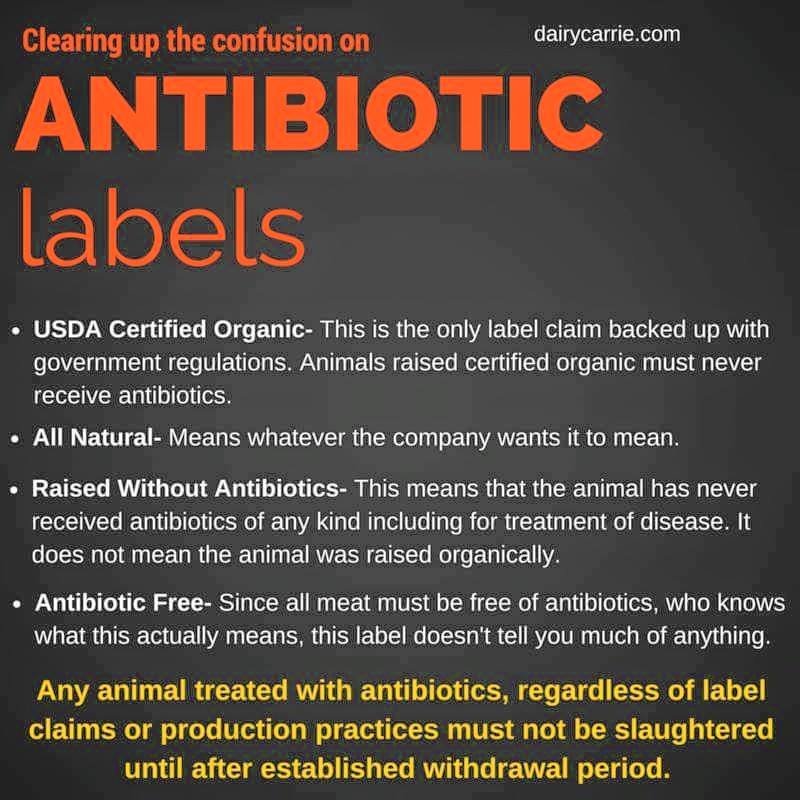 Subway’s recent announcement certainly isn’t the first time that shrinking margins, declining sales or a need to keep a company’s marketing campaign “fresh,” prompted a food company to succumb to pressure from activists. Last spring you might recall Chipotle implemented a few scare tactics of its own. A series of distasteful videos called into question how to humanely raise animals. In the spring of 2015, Chipotle made a misstep when it announced its ingredient list would no longer include GMO ingredients. That anti-GMO campaign led to a lawsuit for misleading claims.

Food scares and food labeling confusion made headlines in 2013 when Panera Bread Company ran its “All natural, antibiotic free” poultry campaign. As Dairy Carrie wrote in response, “The problem isn’t [Panera] using chicken raised without the use of antibiotics; the problem is using a marketing campaign that uses fear to sell sandwiches.”

There has been – and continues to be – so many food-related marketing tactics that even farmers are becoming confused by all of the food labels, says sixth generation North Iowa farmer Kody Trampel. “To help you choose nutritious food for your family, Kansas Pork Farmers published “How to Decode Dinner.” They teamed up with Janeal Yancey, who has a Ph.D. in meat science and authors the Mom at the Meat Counter blog. I encourage you to share this particular post with friends who want to feel confident the pork they’re feeding their families is really nutritious.

In an attempt to help calm mothers’ fears, last fall I published “Tips for Choosing Safe, Healthy Foods for Your Family.” Realizing that consumers have questions about the food they’re feeding their families, more farmers are sharing their personal farming stories. I regularly read blog posts by farmers who raise type of livestock that I don’t, and I find their stories fascinating.

Engage in conversations about food and farming with groups like CommonGroundTM, AgChat and the Iowa Food & Family Project.