My Iowa. My Ireland.

Jody Halsted is a family travel authority with a mad passion for Ireland.  A frequent visitor to the Emerald Isle, she loves nothing more than exploring the country with her husband and two daughters.  The publisher of Ireland Family Vacations, Jody also plans Ireland itineraries and provides Ireland travel coaching.  Get inspired by the Ireland Family Vacations Pinterest boards or follow Jody on Twitter @IrelandFamTrvl.

As I look out my window right now I see a gentle creek parting the rolling hills that will soon be green. The pre-dawn air is still a bit too brisk for the grass to have the smell of morning dew when I open the door to let my dog out. And the only ruined castle I see is made of snow, its frozen turrets slowly dwindling in our glorious spring thaw.

Across the ocean I am watching my Irish friends already harvesting early spring vegetables from small gardens. Each day brings new photos of baby lambs and colts romping in damp grass, the filtered sunlight creating a magical effect over the entire image. A centuries old ruin can be seen far in the background, its stone walls holding stories of life, love, and intrigue.

Iowa. And Ireland. My two homes.

Though an ocean separates them, I see so very much similarity between my home state and the country of my heart.

Dramatic Views: Though Ireland can boast extraordinary ocean views from its magnificent cliffs, the stark natural beauty of Iowa’s river borders as Bald Eagles soar overhead are just as majestic.

Ancient History: You build with what you have available. In Ireland it was stone. In Iowa it was trees and dirt. Megalithic tombs and ‘thin places’, effigy mounds and sacred places.

Amazing People: The people of Ireland are known as the friendliest in the world, the land of “céad míle fáilte” or “One hundred thousand welcomes”. In Iowa we’re known as nice. Iowa Nice, that is.

John Wayne: OK, this one may be a stretch. But I don’t live so very far from Winterset, where John Wayne was born. And one of my favorite villages in Ireland is Cong, where The Quiet Man was filmed. In both towns you’ll find a statue of ‘The Duke”. 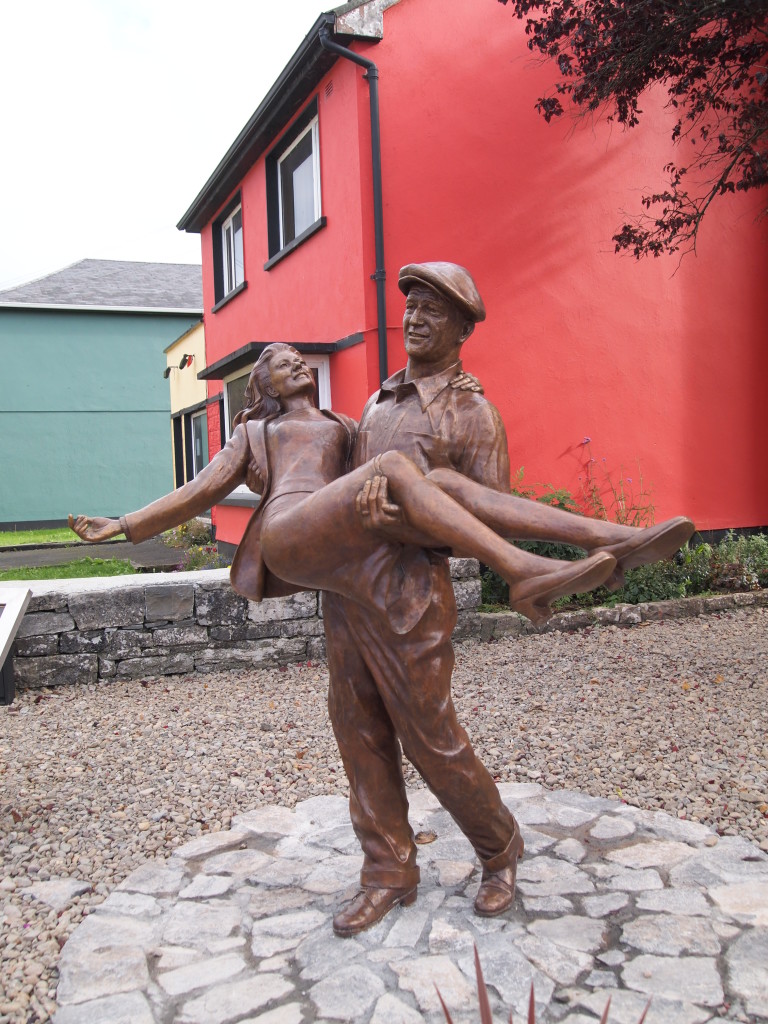 The Weather: Let’s just face facts. No one vacations in Ireland – or Iowa- for the weather. When it is bad it is beyond horrid. But when it is good, oh it is glorious!

Lush, open fields stretching for miles: It’s mid-spring. Stand in the center of Ireland or Iowa. Close your eyes and breathe deep. Open your eyes and slowly turn. A prism of green spreads before you. The land is alive, growing beneath your feet. Everything is fresh, clean, holding promise.

I know that soon the grasses will be lushly green and birds will be singing outside my window. When I open the door as the sun is just breaking the horizon I’ll smell the morning dew before it burns off. For a moment I’ll smell Ireland. 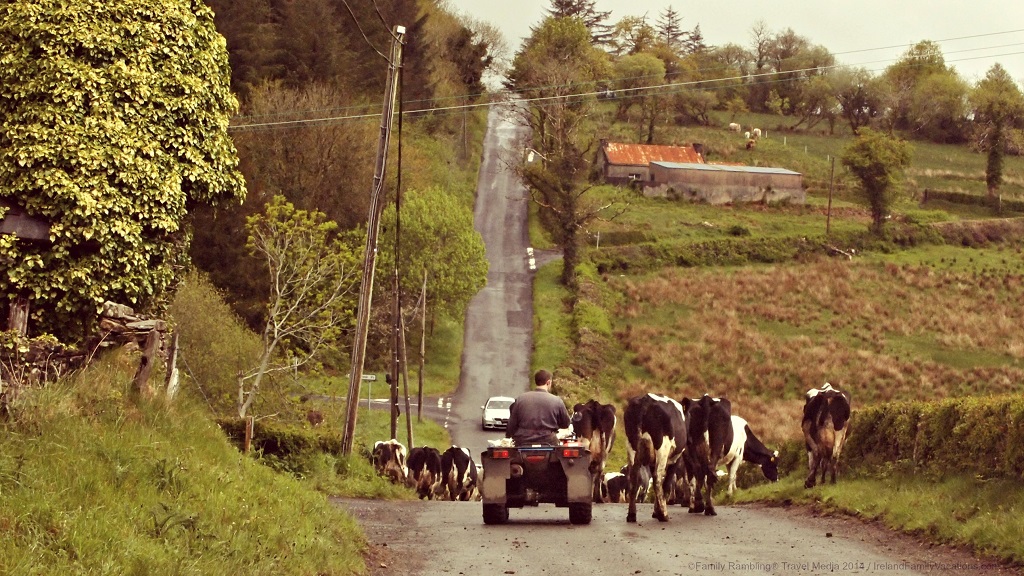 Also known as the “Full Irish” or the “Fry Up”, you may find it’s not that different from a hearty farm breakfast.

Begin by searching your area for a British or Irish market. (I visit the British Food Store at the Mucky Duck Pub in Ames.)  This is where you will find bacon rashers, also called back bacon, a thicker piece of meat than American bacon, the bangers, a tube shaped sausage, and the puddings, also a sausage.  Black pudding may be called blood pudding, or blood sausage, while the white pudding has no blood.  If you don’t have a market nearby, you can order these treats online from sites like FoodIreland.com.

After gathering your necessary ingredients, you’ll want to bake a loaf or two of Irish Brown Bread.  This filling bread is made with both wheat and white flour, as well as oatmeal and wheat germ. (Note:  This is not Soda Bread.  Soda Bread is made with only white flour.) See the recipe below.

Cooking the perfect Irish Breakfast is really a lesson in timing.  It’s best to have all your ingredients at hand.

Begin with the items that can be kept warm in the oven- the meats.

Begin by frying the bacon.  As Irish bacon is not as fatty as American bacon, you may need a bit of pure butter in the frying pan.  Do not fry the bacon crisp, but just to a bit brown on the edges.

Next you will fry your bangers.  An alternate method of preparation is to bake them on the oven at 375° for 20-25 minutes.

As the bangers are frying, slice the bread and place it in the oven to warm.

Slice your puddings, about ¾” thick, and fry them next, until browned on both sides.

If you are preparing potatoes, you have a couple options.  Slice peeled, boiled potatoes and fry them in a mixture of pure butter and the meat drippings.  Or prepare boxty, an Irish potato pancake, ahead of time.  If you are serving beans, put them in a pan to heat.

Add your sliced tomato or mushrooms to the side of the pan while you are frying the potatoes.

After the potatoes are done, it’s time to fry the eggs.  Though you can serve your eggs in your favorite way, sunny side up or over medium are best for dipping the warm brown bread into the runny yolk.

After the eggs are done, plate it all and enjoy a hearty Irish breakfast.

If you’re looking for a few great recipes for a St. Patrick’s Day feast, download my Favorite Irish Recipes cookbook.

2. Whisk together buttermilk and honey. Add to flour mixture; stir to combine until soft dough forms.

3. Turn dough out onto floured surface. Divide in half. Shape each half into a round loaf. Place loaves 3 in. apart onto prepared baking sheet; bake 10 minutes.

Your brown bread can be baked in a tin, but I prefer to bake it in rounds.  You can make 2 large rounds, or 4 smaller ones with this recipe.