There has been a lot of chatter since the American Farm Bureau Federation recently presented a Distinguished Service Award, its highest honor, to Dr. Temple Grandin during the 96th AFBF Annual Convention.

“There’s no question that Dr. Grandin’s work has transformed the livestock industry,” said AFBF President Bob Stallman. “Her groundbreaking (livestock processing) systems have become popular across the country for their capacity to reduce animal fear and stress while making handling and transport easier.”

While Mr. Stallman says there’s no question that Dr. Grandin’s work has changed the livestock industry, I believe we raise a few questions: How many of these changes were based on science rather than emotion? How has Dr. Grandin moved the conversation forward between foodies and farmers? How does autism affect how she’s perceived?

One thing I do know for certain, Grandin’s achievement award has been a conversation starter among farmers and ranchers for the past 10 days or so!

Farmers and ranchers use science every day! How I take care of pigs is all based on science, and yes, a little instinct. Feeding these pigs in a controlled environment and keeping them healthy has been done through research and experience – that’s science! Many of the words and terms I use to explain how and why I farm are like a foreign language to non-farmers.

“Emotions” are a universal language. When I traveled to the Ukraine a couple years ago, I found that scientific terms did not translate but the Ukrainians could see my passion (emotion) for crops and livestock. We discovered common ground through the passion and emotion.

So not only do we have a problem speaking the same language, science can be interpreted in different ways. For example, the Des Moines Water Works (DMWW) is claiming the rivers from which they draw water are more polluted now. If you study DMWW’s own data, however, you can clearly see the nitrates have decreased 25 percent in the past 15 years. Of course, that information doesn’t work in to their emotional plan to sue three Iowa counties!

But back to Temple Grandin… I had the opportunity to hear her speak in Des Moines a few years ago. She explained all that she has done for cattle, and not being a cattle guy, I couldn’t argue with what she was saying. When she started talking about pigs, however, I could tell right away she had no experience raising pigs. Her presentation condemning gestation stalls was based on just emotion!

Temple told this crowd of Iowa farmers that we “had” to get rid of gestation stalls because consumers would demand that we do. That is just plain wrong! I have personal experience raising gestating sows many different ways, and I can tell you these stalls were designed for the welfare of the sow! There have been several studies (real science) that show, given the choice between being in a gestation crate or in with a group, she picks the crate over 90 percent of the time. Why? 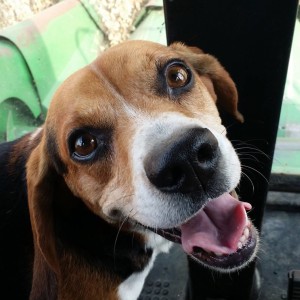 Sows feel comfortable being in a crate, similar to how some dogs prefer to be inside their kennels when they feel threatened. My dog, Tucker, feels safer inside his kennel. Sows are the same way… and I’m fine with using “emotion” this time to help people understand pork production.

I’m not fine, however, using “sensationalism in place of science” as Trent Loos goes on to explain. A sixth generation United States farmer and host of the daily radio show, yesterday Trent outlined some reasons why “Temple Grandin is the greater threat to the future of a domestic food supply than all of the animal rights groups combined.”

Here’s an excerpt from Trent’s article, “Choose a Better Path,” that published January 19, 2015, by the High Plains Journal:

“One of her (Temple’s) favorite sayings is, “Gestation crates for pigs are a real problem. … Basically, you’re asking a sow to live in an airline seat. … I think it’s something that needs to be phased out.”

Here again she comes to that decision based on emotion and not one shred of science. She leads the discussion regarding sow gestation housing by saying the consumer chooses pork production systems with group housing. However, in every study done that compared the two systems, when sows were allowed to choose they preferred to go lay in gestation stalls rather than in the group housing area. So are we doing this for the pigs or not?”