Escape the “Spiral of Silence” with a Story

On Wednesday, October 15, I shut down harvest and headed to Des Moines Iowa for a 7 am breakfast. Not an everyday event for the middle of October for this farm girl! I was fortunate enough to be invited to the Council for Agricultural Science and Technology (CAST) Communication Award Ceremony.

My good friend Annette Sweeney invited me, knowing it wasn’t going to be easy for me to get away. She lured me with a panel of discussion on GMOs after the presentation, and I couldn’t say “no” to that!

But first I want to explain a little more about this CAST award, which is presented annually to a scientist who has shown leadership and passion for communicating agriculture technology. The recipient was Alison Van Eenennaam, an Animal Genomics and Biotechnology Cooperative Extension Specialist in the Department of Animal Science at the University of California—Davis. She has an active research and extension program but also works tirelessly and creatively to relay important information about agriculture and food production. 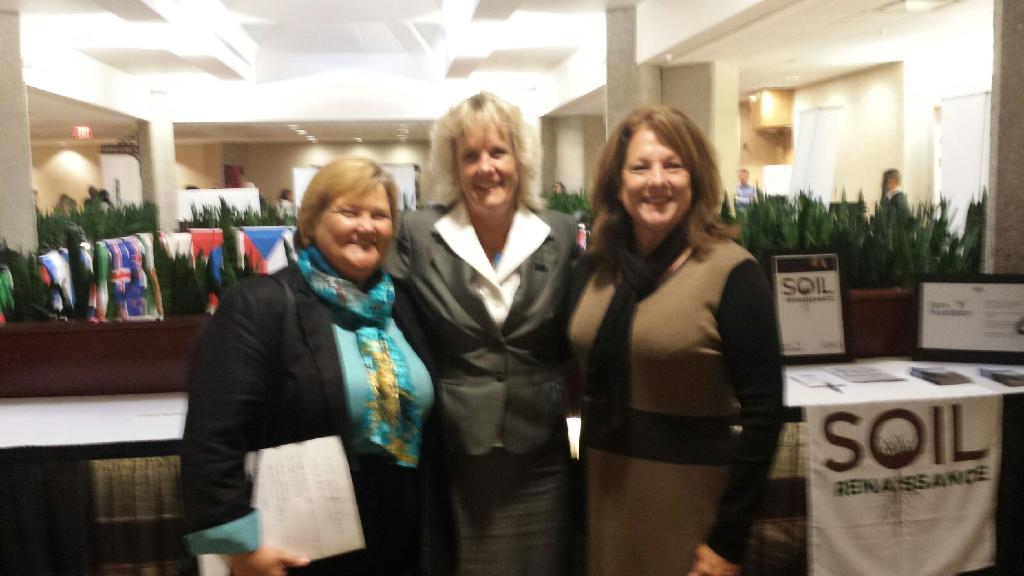 April Hemmes (left) and Annette Sweeney (right) met with CAST Communications Award recipient Dr. Alison Van Eenennaam, an Animal Genomics and Biotechnology Cooperative Extension Specialist in the Department of Animal Science at the University of California—Davis, received. She has an active research and extension program but also works tirelessly and creatively to relay important information about agriculture and food production.

Annette and I got to meet Dr. Van Eenennaam, and we had a great discussion about how more farm women are needed to speech publicly. More women are needed to get the truth disseminated about what farmers are doing. In Alison’s statements (since I met her, I feel like I’m on a first-name basis with her now), she pointed out that there are 16 million fewer dairy cattle than in the 1940s yet we’re producing 60% more milk! How? Mainly through genetic selection. Then she talked about the “spiral of silence,” meaning that even though someone might think GMO’s are acceptable, he or she won’t say anything due to the people who are speaking out against it.

My favorite quote from Alison’s acceptance speech was a true story she told about her experience on Twitter. People were smack talking a peer-reviewed paper she had written, and she said, “It’s very difficult to defend a scientific paper in 140 characters or less!”

Now about the GMO panel… This panel was part of the Borlaug Dialog at the World Food Prize. What a great group of people! The moderator was Mike Pearson, Host of Market to Market. Panelists were: Jay Byrne, president of v-Fluence Interactive, company that does research for public affairs and issue management; Julie Kenney, a farmer involved with CommonGround, a group of farm women who talk with other women (consumers) about what they do on the farm; and David Sutherland, a blogger and activist who is a Vegan but has no problems with GMO’s. 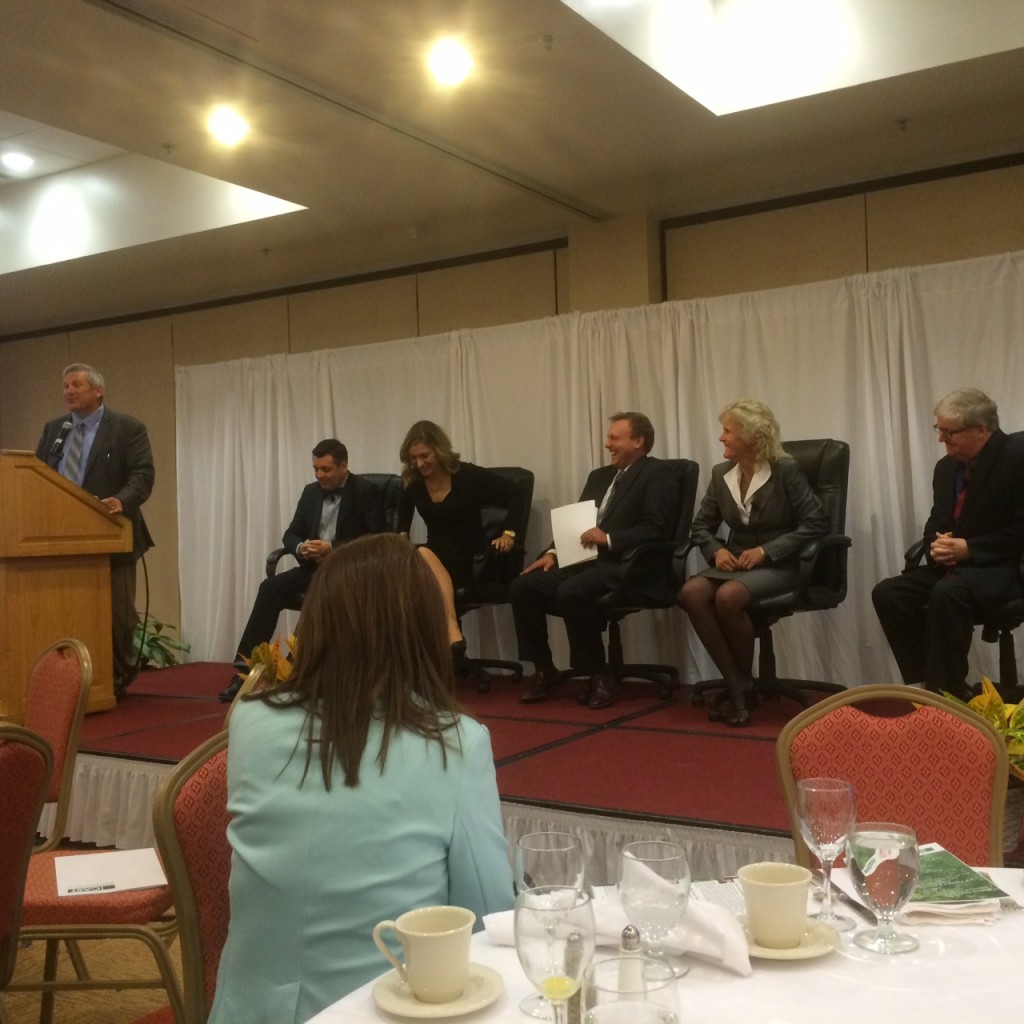 Iowa Secretary of Agriculture Bill Northey has the honor of introducing a distinguished panel addressing GMOs and how to communicate with the public.

This panel discussion provided some great tips on how to best communicate with the public about GMOs. First of all, we must realize that the Anti-GMO people are “story tellers.” While they have no facts to back up what they say, they are very well funded. They use those funds to spew untruths about those of us who farm or whose jobs are related to agriculture. We have “real jobs,” need to make a living plus defend what we do!

So what do consumers want to hear? Honestly, those involved with farming are proud to help feed the world. Consumers don’t care! They also don’t care that the science is sound and safe. Consumers just want to know that there isn’t going to be a problem with eating food. Basically the take away is something that I have heard over and over: “We must keep telling our family’s farming story, so the truth gets made public.”