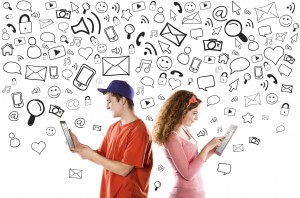 Today’s teens, as we know, are tech savvy. The average American teen sends 60 text messages daily, and more than 400 million Tweets are posted per day by people of all ages. But how many of these messages are sent with purpose?

Yesterday I had the honor and privilege of being on the program with some of the biggest names in agriculture during the annual Agvocacy Day on the Iowa State University campus. A prelude to the annual Iowa FFA Leadership Conference, approximately 225 high school students came to campus on Sunday afternoon to learn how they can use social media for the purpose of sharing their agricultural stories. 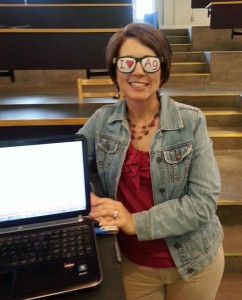 “Social media, when used properly, is a great tool for advocating,” said Mike Pearson, host of Market to Market, during a keynote address yesterday in Kildee Hall’s Lush Auditorium. Pearson opened the day, using graphs and drawing laughs, by sharing statistics and his own personal experiences as a cattle producer. Graphs illustrate how the world’s population is growing, and then Pearson explained how this is great news to American livestock producers.

As societies around the world – particularly in Asia and Africa – transition from rural to urban lifestyles, their per capita grows. As their incomes grow, Pearson said, so does their appetite for protein. This creates more markets for American beef as long as government rules and regulations allow beef to be exported from the U.S. to international markets. Then Pearson reminded FFA members that we live in a democracy. The majority rules, which means that the 2 percent of America’s population that produces food, fiber, fuel and pharmaceuticals must be diligent in explaining what they do and how they do it.

Another farmer who has learned how to grab your attention and then entertain you is Wisconsin dairy farmer Carrie Mess. The Adventures of Dairy Carrie blog, Facebook, Twitter and Instagram give followers an insider’s look at life on a dairy farm. She shares the joys of birth by photographing newborn calves and released “undercover video footage.” She also shares the compassion farmers feel when their stock is diagnosed with disease or falls ill. She’s given play-by-play of surgeries and uses terms like “Tums” to explain when and why medicine is given. She has a love affair with cheese and encourages her followers to branch out beyond slices of American. In fact, she’ll tell you that she’s actually anti-American… cheese!

Following breakout sessions like mine, the students again gathered in the auditorium for closing remarks by sixth generation United States farmer Trent Loos. When anti-agricultural activists threatened the way of life he cherished, he took a stand and launched Loos Tales. Loos was recognized in 2008 as the “Voice of Rural America” by the West Quest organization for his ground-breaking work in advocating for agriculture.

Yesterday Loos told FFA members that he believes the true value of food supply is a means of national security for America. “Farmers who feed us and the dedicated United States military personnel are the two most unsung and vitally important factions of our population,” he said.

Both farmer and soldiers are undervalued and misunderstood, so Loos says we must work to change that. Go ahead and advocate. Start telling your ag story – or someone else will and you may not like it!