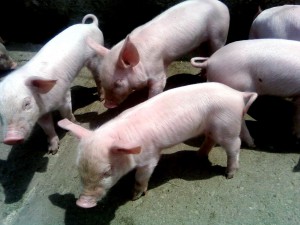 I’ve farmed long enough that I sometimes wake up early. I don’t want to sleep too late because there is livestock to be fed and crops to be planted, so I have a big clock that I can read in the dark to know whether it’s really time to get up or try to go back to sleep. When I saw 2 AM on Monday morning, I turned on 1040 WHO Radio where I can usually be lulled back to sleep by the “Coast to Coast” program.

But last night, I experienced a living nightmare when I heard the voice of Wayne Pacelle, President/CEO of the Humane Society of the United States (HSUS). Nothing makes my blood boil faster than that smooth talker! Janice even woke up and tried to convince me to shut off the radio and go back to sleep, but I was wide awake as I listened to the same old sound bites and misinformation Wayne always shares.

What was different about this program, however, was the admissions that activists go under cover. Not only Cody Carlson admits to, but he’s very proud of lying his way into animal operations. He looks for ways to come up with footage that will make an operation look bad. He even shares how he spent weeks filming to get some video to take public!

Also on the program was HSUS public policy director, Matthew Dominguez, who railed against laws that are meant to keep undercover, doctored up videos from inflaming fear about livestock operations.  There was so much hype and untruths by these three men, and the program host just keep egging them on about factory farms!

The first caller to the program wanted to hear from farmers. George Knapp, the host, answered this question by saying there is no way a farmer would come on his show to debate with his current guests. His opinion was that farmers want to hide all the bad things they’re doing. “How could farmers possibly defend torturing animals?” he asked.

Of course, Matt and Cody agreed with George. Wayne wasn’t heard from again after the first hour. This makes for good radio, but I know these men know better. I have personally been sharing what I do and why. You’d think they have never heard of Google! There are many farmers today making a huge effort to share why we raise livestock the way we do.

For almost 10 years now, I have been sharing the experiences I’ve had while raising pigs for 50 years. I try to explain how much we have improved their care by moving them inside climate controlled buildings, away from the harsh winter weather and hot summers. This was done for the comfort of the animals. They have better nutrition and better housing because of these new technologies.

Gestation stalls were condemned by this show. This piece of equipment seems to be a lightning rod for animal activist! Even Temple Grandin has condemned stalls. The problem is, I have personal experience raising gestating sows many different ways. I can tell you these stalls were designed for the welfare of the sow! There have been several studies now showing, if the sow can chose between being in a crate or in with a group, she picks the crate over 90 percent of the time!

“Coast to Coast” talked many times about how farming should be like Old McDonald’s Farm instead of the big, bad factory farms. Truth is, over 90% of today’s farms are “family farms.” Today’s family farmers are growing food the best way they know how, using all the new technology they can learn to keep animals stress free. Growing the best, safest food they can for my family and yours to enjoy!